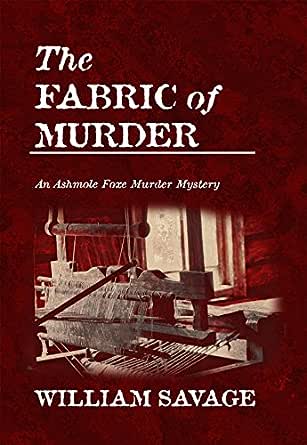 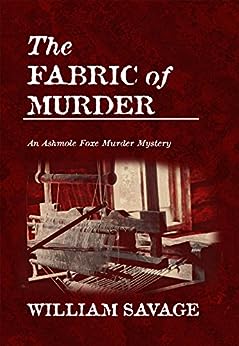 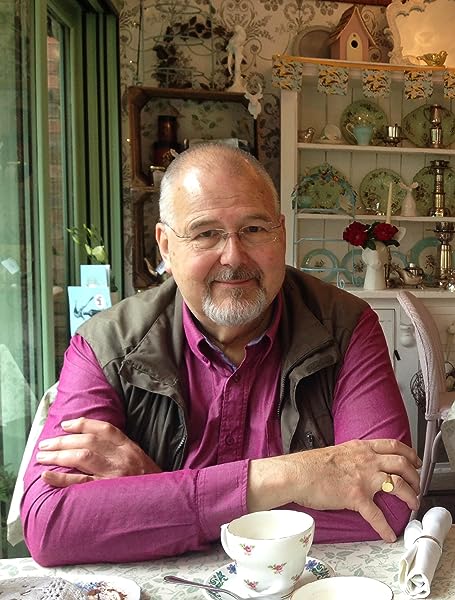 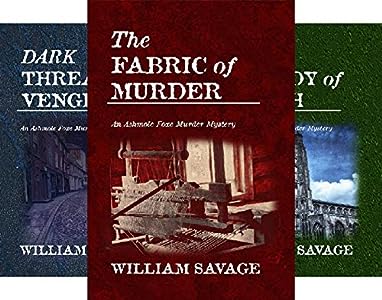 4.4 out of 5 stars
4.4 out of 5
47 global ratings
How are ratings calculated?
To calculate the overall star rating and percentage breakdown by star, we don’t use a simple average. Instead, our system considers things like how recent a review is and if the reviewer bought the item on Amazon. It also analyzes reviews to verify trustworthiness.
Top reviews

Jake's mom
3.0 out of 5 stars OK, but not what I expected after reading Dr. Bascom series
Reviewed in the United States on June 8, 2019
Verified Purchase
I really enjoyed William Savage's Dr. Adam Bascom series. I like historical mysteries, but the Ashmole Foxe books are a bit distasteful - sex romps with sisters - one a prostitute and the other an actress - I get a bit tired of male fantasies in my fiction. Also, while Foxe is supposed to be mysterious, the author should give the reader at least of some idea of age, and physical appearance of his main character. I know he is tall as he had to bend down to give an urchin a sixpence, but I have no idea of his hair color, eye color, facial features or even age. Maybe that is the mystery the reader is supposed to solve. I've only read the first in the series. I'm not sure if I'll read the rest. Unfortunately, with one "click" I ordered the entire series.
Read more
2 people found this helpful
Helpful
Comment Report abuse

Axamermaid
5.0 out of 5 stars Rich as Norwich Cloth
Reviewed in the United States on August 20, 2017
Verified Purchase
A truly delightful romp with characters of surprising depth. Read it in one go. A mystery overlaying the warp and weft of diverse classes in an ancient city. While I did figure out who the 'villain' was before it was pronounced, I was having such an enjoyable time I was pleased to follow the story to the very delicious end. The 'detective' has wit and humanity, compassion and, apparently, a considerable skill at love-making.

Now that I have fulfilled this rather annoying request to 'rate' a book before I have had a chance to sit back and reflect on what I have read (it annoys me every time and probably detracts from the value and accuracy of my review), I am going to find out if there are more books in this particular series.
Read more
4 people found this helpful
Helpful
Comment Report abuse

Beckett ShionaTop Contributor: Pets
5.0 out of 5 stars Excellent
Reviewed in the United States on October 17, 2017
Verified Purchase
Very well written and edited, this period piece mystery was filled with realistic and detailed characters and a convoluted plot that was slowly teased out for the reader, with many false starts and red herrings. Although sexual innuendo abounds (very true to the time period), the actual activity of the characters is only hinted at. Despite more than one murder in the story, there is also no blood and gore; again, the depravity of one murder is veiled and only hinted at. It was a pleasure to read a story in which the process of careful deduction and examination of clues and witnesses, together with an understanding of human behavior, is all on which the detective has to operate--no forensics, just a slow reasoning process. Though at times the paragraphs describing the detective's thought processes, as he considers and rejects the possibilities, can seem a bit tedious, it's worth reading through them to see how he arrives at his conclusion. An excellent period mystery.
Read more
3 people found this helpful
Helpful
Comment Report abuse

Roberto
5.0 out of 5 stars A tale well told...
Reviewed in the United States on January 13, 2018
Verified Purchase
A town in England could be devastated economically if too many goods enter the market. Enter a wealthy amateur sleuth with very unique tastes. He is tasked with preventing the disaster, and he does his work competently and discreetly. English Peers, rich merchants, footpads, pickpockets, and every other member of society of the time round out this readable tale.
Read more
2 people found this helpful
Helpful
Comment Report abuse

Karen Loves Books
5.0 out of 5 stars Who is the illusive Mr Foxe?
Reviewed in the United States on May 19, 2015
Verified Purchase
An intriguing murder mystery story set in 1760 Norwich, England. But who is the illusive Mr Foxe? He looks every bit the English gent; a wealthy bachelor at that, but there's more to this mystery man, underneath the facade he has carefully created.

The story takes an interesting turn when a cloth merchant is murdered. Can Mr Foxe solve the crime and save the day? Or is he somehow involved? A cozy mystery with a few twists along the way, leading to a satisfying conclusion.

William Savage has also written 'An Unlamented Death' another murder mystery set in Norfolk, England, however both stories can be read as standalone books. Well worth the read.
Read more
4 people found this helpful
Helpful
Comment Report abuse

jaydee
4.0 out of 5 stars THE RICH NORFOLK BOOKSELLER AND INVESTIGATOR.
Reviewed in the United States on September 9, 2015
Verified Purchase
I had hoped that this book contained another adventure of norfolk's doctor bascom, his family circle and friends, but,unfortunately, this was not the case. however, this book is still a good read, with a different and more risque set of characters.
Read more
2 people found this helpful
Helpful
Comment Report abuse

Nicola Mills
4.0 out of 5 stars If you enjoyed the previous book by William Savage with roughly the ...
Reviewed in the United Kingdom on January 13, 2016
Verified Purchase
Somewhere between 3.5 and 4. If you enjoyed the previous book by William Savage with roughly the same setting, that doesn't necessarily mean you'll enjoy this one as the characters and plot are very different. This one is more action-packed and pacey, but the characters were less thoroughly drawn and I found the main character either over-mysterious or rather shallow. I also wondered if he had rushed this one out as the text would have benefitted from a good edit - at one point the spelling of the main character's name changes for half a chapter. The plot was interesting but the murderer and his motive were relatively easily spotted - in some ways, however, that seemed secondary to the action. Once again the setting was very convincing in both place and time, and the language, though still with an authentic feel, was lighter than in the previous book. I'll look out for more of these, probably.
Read more
3 people found this helpful
Report abuse

Annie W
4.0 out of 5 stars Murder in 18th Century Norwich: Will the cloth trade survive the impact, or will hundreds starve
Reviewed in the United Kingdom on December 13, 2016
Verified Purchase
As the author says, it's good to get away from the standard London setting, and into the bustling, prosperous city of Norwich for a quality historical murder mystery. I found the information on the cloth and the book trades and the impact of the coffee houses fascinating, and could only admire the seamless way the author included details of dress, methods of travel, and ways of living into the story. I had a few reservations about the inconsistently dropped aitches of Captain Brock, whose vocabulary was otherwise that of a well-educated man, and I found a few careless proof-reading errors, but was delighted by how the language remained consistent throughout, with no modern intrusions. What was rather disappointing, however, was how little personality any of characters had: the Catt sisters, whose potential was great, were, other than in their colouring and professions, interchangeable; Brock was a rather wooden sidekick, and the only really lively character was young Charlie, the astute messenger boy. Despite these criticisms (and the fact that I could predict, from the information repeated several times during his musings by Mr Foxe, who the murderer of Bonneviot was) I enjoyed the writing so much that I'll certainly be buying more in the series. Who said a reviewer had to be consistent?
Read more
Report abuse

BOOK LOVER
5.0 out of 5 stars Really great read.
Reviewed in the United Kingdom on March 29, 2016
Verified Purchase
Really liked this book and 2 others I have read from William Savage, I'm old fashioned but I loved the stories plus the fact there are no swearwords
sex and only the hint of violence.
I feel that this is the way a book should be written, so the reader uses their imagination not the authors to determine how much sex, violence etc.
they wish to imagine happened.
Will read more of this author's books.
Read more
3 people found this helpful
Report abuse

Nomester
4.0 out of 5 stars Smart plotting, great historical detail
Reviewed in the United Kingdom on February 22, 2016
Verified Purchase
Enjoyable, unusual cozy mystery featuring Ashmole Foxe, a book dealer, as the detective in the murder of an unpopular cloth merchant in Norwich.
Mr Savage is very good at integrating interesting historical context and at painting a vivid picture of the times. The plot is expertly developed and rocks along very smartly. Of his two heroes - Foxe and Adam Bascom (in An Unlamented Death) - I prefer the latter but they are both excellent. I'll definitely be reading A Code for Killing (Bascom) and look forward to new titles.
Read more
Report abuse