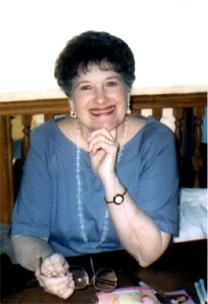 The Face in the Bessledorf Funeral Parlor Hardcover – September 30, 1993

Grade 4-7-This fourth book about events at the Bessledorf Hotel is, for its somewhat macabre premise, pleasantly daffy. The Magruder family runs the hotel, the only one in Middleburg, Indiana; it is around Bernie, the next-to-youngest child, that the story revolves. This time, he and his detective friends Georgene and Weasel are trying to solve a mystery involving a theft from the Higgins Roofing Company, coupled with its missing vice-president. This hot news literally overshadows the controversial opening of the drive-in window at the Bessledorf Funeral Parlor next door to the hotel. The basic plot plus myriad subplots involving the Magruder family members and pets, hotel guests, and other townspeople keep young readers alert and older curmudgeons forgiving of terminally goofy names, some marginal humor (having the characters pose as homeless children is not funny), and mild morals. One of the best images is the three children walking side by side up the driveway to the funeral home, collectively tripping the electric eye that parts the curtains and displays the body. Many kids will find it hilarious.
John Sigwald, Unger Memorial Library, Plainview, TX
Copyright 1993 Reed Business Information, Inc.

Gr. 4-6. Bernie Magruder, his eccentric family, and his friends Georgene and Weasel are dumbfounded when the Bessledorf Funeral Parlor is remodeled and has a grand reopening to show off the results--a drive-up viewing window to accommodate mourners who are in a hurry. But they're even more surprised when the vice president of the local roofing company disappears and so does the company's retirement fund. Is it foul play? Who is the strange man wandering around on the funeral home roof in the middle of the night? What does a chuck roast have to do with it? Is Officer Feeney right when he says the Magruders could have a robber staying in one of the rooms at their hotel and not even know it? And why is Bernie so sure everything is connected? Fans of the previous Bessledorf books will not be disappointed in this new mystery, and readers new to the series will want to go back and read the rest. The characters are amusing, red herrings abound, the mystery unravels at just the right pace, and this time, Georgene and Weasel make Bernie carry out some of his own risky plans. Chris Sherman

Another mystery/farce involving the idiosyncratic Magruder family (The Bodies in the Bessledorf Hotel, 1986, etc.). The vice-president of a local company has vanished, as has his company's pension fund; and there are suspicious goings-on at the funeral parlor next door to the hotel, complicated by the machinery for the new drive-in viewing facility. Bernie Magruder is determined to catch the thief and discover what's behind the peculiar happenings; after leaping to some wrong conclusions (red herrings abound), he and his pals are in on the capture of the malefactor. The characters' tics are becoming pretty routine; still, this latest in the series is adroitly plotted, and the witty dialogue and broad humor are amusing. Jacket art depicting a ``corpse'' viewing the frightened kids from within the viewing window is a sure draw--though it hints at the outcome. (Fiction. 8-12) -- Copyright ©1993, Kirkus Associates, LP. All rights reserved.
Read more