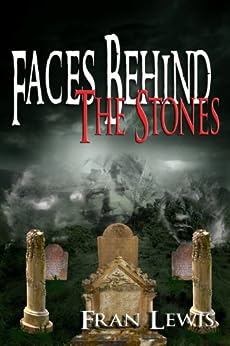 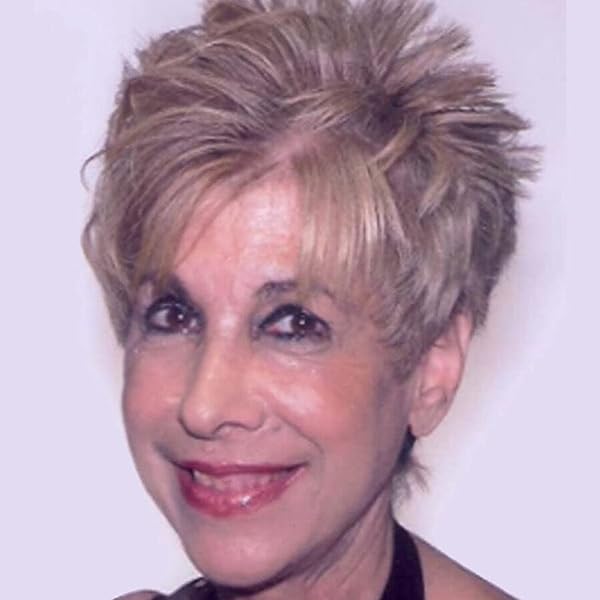 Faces Behind the Stones Kindle Edition

by Fran Lewis (Author) Format: Kindle Edition
See all formats and editions
Sorry, there was a problem loading this page. Try again.
Driving down the rocky path I saw the overgrown grass, weeds and poison ivy overtaking the outer perimeter of the bushes. The smell of mildew, the stench of the dried bones of animals killed by cars along this dirt road coming up from the ground, the sadness on the faces of the drivers in the cars behind us; you could feel the pain and sorrow. As you looked inside the cars and saw the faces of the drivers, you began to wonder what they were thinking, their thoughts and feelings as they travelled down life’s highway, possibly for the very last time. What stories lie behind the faces behind the wheel of each car? What stories lie hidden? Faces…so, so many stories. Here are seven that will make chills run down your spine and make you wonder: What lies behind the stones? Who lives there? Only the Faces Behind the Stones Know the Answers!

In addition, she is the author of three children's books and a fourth that has just been published on Alzheimer's disease in order to honor her mom and help create more awareness for a cure. The title of my new Alzheimer’s book is Memories are Precious: Alzheimer’s Journey; Ruth’s story and Sharp as a Tack and Scrambled Eggs Which Describes Your Brain? Fran is the author of 13 titles and completed by 14th titled A Daughter’s Promise. Fran has four titles in her Faces Behind the Stones series and her magazine is MJ magazine. Her next title Silent Voices will be released this July.

She was the musical director for shows in her school and ran the school's newspaper. Fran writes reviews for authors upon request and for several other site. Here is the link to her radio show www.blogtalkradio.com, Her network if MJ network on Blog Talk Radio. You can also find her reviews on just reviews on WordPress. Mj network on blog talk radio is her network. She interviews seasoned authors, plus law enforcement officers, doctors and more. She has been a reviewer for major publishing companies and her review site is Just Reviews on Wordpress.

Sheila Deeth
VINE VOICE
4.0 out of 5 stars Serious sympathy and curious horror
Reviewed in the United States 🇺🇸 on June 29, 2012
Verified Purchase
A collection of seven short stories, connected by the theme of untimely death, Fran Lewis's Faces Behind the Stones combines a genuine concern for real-world issues with the shocks and twisted connections of horror and ghost stories. The combination can be a little uncomfortable at times, as when one story ends by teaching the warning signs for suicide--wise lessons, but oddly placed--and another asks readers to consider the real-world dangers of abuse . According to the author, these tales are all based on real life, and it's easy to recognize newspaper accounts that would herald many of them. Using voices from the grave to show the victim's thoughts is certainly an interesting technique. Sometimes strident, sometimes pathetic, the voices do indeed demand to be heard. But the pairing of familiar cruelties with unlikely coincidence and confusing mystery, can leave the reader unnerved in the manner of classic horror, but also a little unsure what to take seriously.

The stories are short and the lessons wise in this collection. Occasional typos and odd word choices can be justified by the tone of character and voice. Final questions linger in the mind lending a completeness to this collection--murder, suicide, innocent victim, killer, redeemed or broken?

Disclosure: I was lucky enough to win a copy of this short story collection from the author.
Read more
Helpful
Report abuse

Irma Fritz
5.0 out of 5 stars Murder Most Foul
Reviewed in the United States 🇺🇸 on May 3, 2012
Verified Purchase
Do you remember the ghost in Shakespeare's Hamlet telling his story, asking his son to avenge his "murder most foul"? What Fran Lewis wrote in "Faces Behind the Stones" is as frightening as those ghostly scenes.

We can all be grateful that non-fiction writer, reviewer, blogger, and radio host Fran Lewis has taken a plunge into the world of horror fiction. Reading those seven stories about murder and suicide just about scared the daylights out of me. The characters are so real that I could very clearly hear their voices speaking to me from their graves. They were talking to me, just like the ghost in Shakespeare's Hamlet talked to his son. This is what happened to me, those voices were saying. I need for someone to know the truth. Please, be my witness. Perhaps having so recently lost four of our family members (albeit to natural causes) has made me more predisposed to believe that the dead can speak. If you agree with me or not, still, I guarantee any reader of this collection a sleepless night. Or worse. Perchance to dream, as Hamlet feared?

Besides the stories in this book, I also love the cover art! The gravestones are tall structures, and in the background is a face half-hidden in the mist. Is it a young girl? Is it a woman? It's lovely. It's sad. It's dead! I can almost hear the dogs barking. Or is it wolves howling? Just looking at the book cover lets you know that you're in for the fright of your life. Good job, Robert Hunyor; and well-chosen, Fran Lewis!

Besides the mysteries told in these stories, there is another--very real--mystery to this book. At least to me! The author dedicates her collection to the memory of her beloved sister, Marcia Wallach, who died unexpectedly and much too young. While Ms. Lewis tells us that this is a work of fiction, she also tells us that the events described in her stories are based on facts. Written with enough changes to protect the guilty, Ms. Lewis? While reading these stories, I was trying to deduce where reality ends and fiction begins. Or as MJ Walsh says in the book's Prologue: "Hear my voice. Listen to my story and you decide: natural causes or murder?" Is my imagination running wild or might MJ Walsh be Marcia Wallach?

Well, here I am, right back to my Shakespearean analogy. As Hamlet said, "The play's the thing wherein I'll catch the conscience of the King." So now, as I think back to some of the stories in this collection, here is my question. Is there possibly a treacherous King Claudius in the author's life, whose conscience she's trying to catch with her fiction based on true events?

Shakespeare said:
"I have heard,
That guilty creatures sitting at a play
Have by the very cunning of the scene
Been struck so to the soul that presently
They have proclaimed their malefactions
For murder, though it have no tongue, will speak
With most miraculous organ."

Fran Lewis does speak with most miraculous organ about murder. And if my hunch, and Shakespeare's prediction about the guilty, is correct, there might very well be a sequel to "Faces Behind the Stones."
Read more
One person found this helpful
Helpful
Report abuse

Elizabeth
2.0 out of 5 stars Not what I was hoping for
Reviewed in the United States 🇺🇸 on August 30, 2018
Verified Purchase
So I downloaded this ages ago (free offer) and finally got to reading it - was not a fan. Each story is told from the perspective of the deceased, the face behind the stone. But at the start it seems like someone drives past the graveyard and sees the stones - how do they know the stories? Or are these stories a practice in creative writing? That was not clear to me. I was expecting the stories to be longer, these all seemed very short. Also, within each story there were phrases that were repeated a bit too much and made me roll my eyes after reading the same phrasing for the umpteenth time.
Read more
Helpful
Report abuse

Lindlae Parish
5.0 out of 5 stars Faces Behind the Stones
Reviewed in the United States 🇺🇸 on June 2, 2012
Verified Purchase
Faces Behind the Stones #1 is an eerie collection of tales told by the dead themselves. Each of the seven stories reveals what events brought them to their final resting place - an obscure, neglected corner of a graveyard.

Each character tells his or her own story. Often, the reader is left wondering--murder or suicide? All the people are forgotten, their graves ignored by the living, their graves overgrown. Why did these people have to die?

Sadly, none of the dead seemed to matter to the people they left behind. There is no one to grieve for them except a lone stranger who picks her way through the deserted cemetery.

Faces Behind the Stones is an incredible collection of stories, each more eerie and spine tingling than the last. Fran Lewis' style is chatty and easy to read. The reader feels drawn into the characters as if they really are the ones speaking.

I highly recommend this creepy compilation and look forward to the other books in the series.

Below is a short review of the first tale in the collection: "Murder Through the Eyes of a Dead Woman"

MJ, a beautiful and successful woman in her 60's, has a secret past that only she and a handful of people know about. She works for a doctor's office and often goes in early and stays late. One day, she thinks she's being followed. The feeling of being stalked doesn't go away, it worsens. She wonders who's following her and why. Has her past caught up with her? Or is something more insidious awaiting her?
Read more
One person found this helpful
Helpful
Report abuse
See all reviews
Report an issue
Does this item contain inappropriate content?
Report
Do you believe that this item violates a copyright?
Report
Does this item contain quality or formatting issues?
Report