Facing Justice and millions of other books are available for Amazon Kindle. Learn more 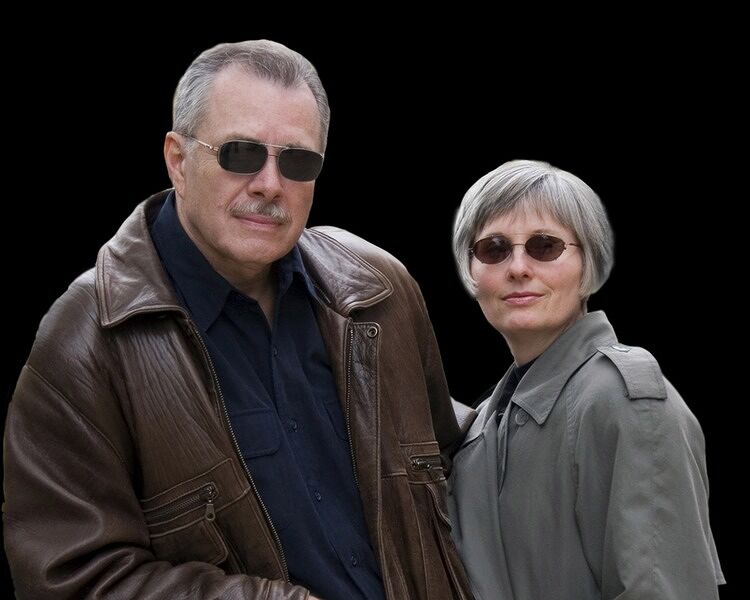 by Diane and David Munson (Author)
4.5 out of 5 stars 18 ratings
See all formats and editions
Sorry, there was a problem loading this page. Try again.
Read more Read less
Previous page
Next page

When a millionaire drug-dealer wrote a memoir that became a movie staring Johnny Depp, Diane Munson decided the good guys wearing white hats should be the ones to write memoirs. A former Federal prosecutor, she knew the back story. She asked David, a former undercover DEA Special Agent, to join her in writing about David’s arrest of Johnny Depp’s character in Chicago and other criminals in what the Munsons call ‘factional fiction’. Now, this husband and wife weave the thrills of back alley deals and major courtroom drama into international suspense novels. Diane Munson is an attorney of more than thirty years who transitioned from writing briefs for judges to writing inspiring fiction for readers. David Munson was a Special Agent with the NCIS and with the Drug Enforcement Administration (DEA). As an undercover agent, he infiltrated international drug smuggling organizations. Diane and David have co-authored together eight suspense thrillers: Facing Justice, Confirming Justice, The Camelot Conspiracy, Hero’s Ransom, Redeeming Liberty, The Joshua Covenant, Stolen Legacy, Embers of Courage and Night Flight, their thriller for young adults.
Start reading Facing Justice on your Kindle in under a minute.

lighthouse88
5.0 out of 5 stars Facing Justice
Reviewed in the United States on April 1, 2014
Verified Purchase
This is my first book to read by the Munsons and it won’t be the last! With new authors, I try to read, if possible, their first or earlier work to try to get a flavor for their style and to see how they develop as authors with later books. With that thought in mind, I went back to this novel.
There are many characters in this story, but the main one is Eva Montanna, who is a Special Agent for the federal government. She normally investigates white collar crime, following the dirty money to catch criminals. Now, she has been placed on an active task force whose goal is to bring down the world’s most wanted terrorist. After the death of her twin sister at the Pentagon on 9/11, Eva is determined to bring this criminal to justice. She spends long hours on the job away from her husband and two children. As the search intensifies, so does the danger and the stress. Eva finally begins to understand that she cannot continue in her own strength if she is going to survive. She must place her faith in the One who controls all.
There is also another story going on that connects to Eva’s, but also has its’ own tension and suspense. I don’t want to share too much of the storyline to prevent any spoilers. Suffice it to say that this novel will keep you reading well past your bedtime! There is action, suspense, tension and more in this plot centered on terrorism and the fight to bring guilty terrorists to face justice. There is also the aspect of one who makes wrong choices also facing justice. Readers see the support of one true Christian friend to another when she fears all condemn her. Also, depicted is the attitude of judging someone by their looks or rumors and the resultant hurt and isolation. Two different families show their support of their loved one(s) by word and action is another aspect I enjoyed seeing in the story. The danger faced by some of our federal agents was something also brought home as well as some of the politics that are encountered in law enforcement. Don’t miss a very entertaining story!
Read more
Helpful
Report abuse

Sedi Graham
5.0 out of 5 stars True to your life's work shows in your story telling.
Reviewed in the United States on December 13, 2019
Verified Purchase
As a detached Federal worker my self it is refreshing to read the stories you tell. I know personally individuals who work hard to see their duties are carried out to benefit Americans safety daily. I am excited in reading your books include God. Thanks and keep the stories coming.
Read more
Helpful
Report abuse

Bob Fay
5.0 out of 5 stars Part of a Series CIA, FBI
Reviewed in the United States on June 11, 2014
Verified Purchase
Excellent series written by a couple who understand their subject. She is a former government lawyer and he a former FBI agent. Well written with many of the same characters that are in other books of the series. Christian, but not overly done. This is the fifth of the series I have read.
Read more
Helpful
Report abuse

D. Chaney
4.0 out of 5 stars Great Story.
Reviewed in the United States on March 10, 2014
Verified Purchase
I enjoyed the book greatly. Lots of twists and suspense along with personal family issues that are currently faced in our culture today.
Read more
Helpful
Report abuse

OJB
3.0 out of 5 stars Good - but not enough closure
Reviewed in the United States on October 12, 2018
Overall, I thought this was a good book. For me, it took me quite a while to get into it, but when I did get into it, I enjoyed the plot and learning more about the characters. I thought that the intent of the mystery behind the plot was good as well. My main issue with this novel is that there was not enough closure. Sure, we find out what we all expected about Emile Jubayl, but that's it. It was literally just a one line at the end of the novel. I was expecting more expansion on this subject and what will happen to him?? I read synopses for the other books in this trilogy and it does not appear that the Munson's elaborate on it - perhaps they do, but it was not in any of the synopses I read online. Also, what happens to all of a sudden make George turn around? We know that Sari has been praying, but it literally goes from George being a jerk to him being a much better son. Why was there even a mention about the woman in England who looked like Trenton's sister? I figure if they mention something mysterious like that, then they will expand on it. Nope, never came. Also, it was made to seem like one of the main reasons Trenton blamed himself for his sister's death was because his aunt did. Now, I know that there are plenty of families who are extremely close to relatives, but, typically speaking, your aunt will not have as much of an impact on you as your parents. This is especially weird in Trenton's family, where clearly, his parents have shown him plenty of love and affection. What happens to the Cobra? Will I find out if I read another one of their novels? What was the significance of Grandpa Marty meeting and talking to Emile on the plane? Again, a story line that appeared to mean something but was never followed up on. Maybe I am being too critical, but these are things that I personally think of when I read books. I like to have closure in all areas...unless, there is a 2nd, 3rd, etc. book coming up. Most of my favorite authors are good about closing the novel properly.
Read more
Helpful
Report abuse
See all reviews
Back to top
Get to Know Us
Make Money with Us
Amazon Payment Products
Let Us Help You
EnglishChoose a language for shopping. United StatesChoose a country/region for shopping.
© 1996-2021, Amazon.com, Inc. or its affiliates