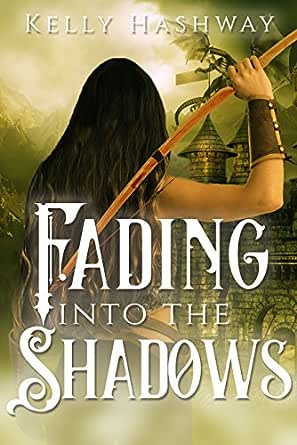 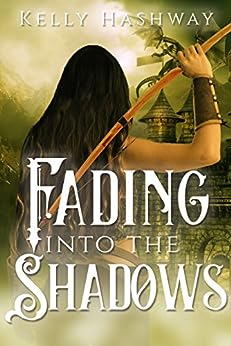 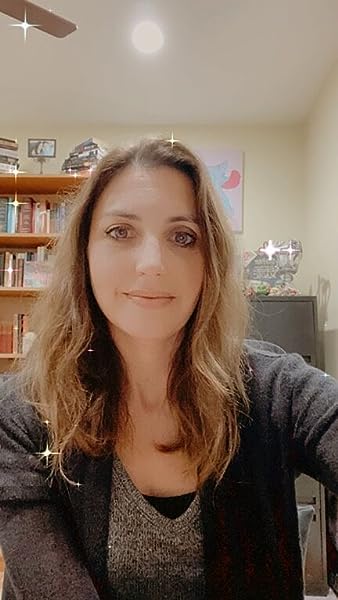 Fading Into the Shadows Kindle Edition

Kelly Hashway grew up reading R.L. Stein’s Fear Street novels and writing stories of her own, so it was no surprise to her family when she majored in English and later obtained a masters degree in English Secondary Education from East Stroudsburg University. After teaching middle school language arts for seven years, Hashway went back to school and focused specifically on writing. She is now the author of three young adult series, one middle grade series, and several picture books. She also writes contemporary romance under the pen name Ashelyn Drake. When she isn’t writing, Hashway works as a freelance editor for small presses as well as for her own list of clients. In her spare time, she enjoys running, traveling, and volunteering with the PTO. Hashway currently resides in Pennsylvania with her husband, daughter, and two pets.

3.7 out of 5 stars
3.7 out of 5
12 global ratings
How are ratings calculated?
To calculate the overall star rating and percentage breakdown by star, we don’t use a simple average. Instead, our system considers things like how recent a review is and if the reviewer bought the item on Amazon. It also analyzes reviews to verify trustworthiness.
Top reviews

Sairaika
4.0 out of 5 stars A magnificent read!
Reviewed in the United States on January 20, 2017
Verified Purchase
Missing children. Shadows. Constellations. A strange world. An army filled with inexperienced people. A protector of the constellations. Rogue constellations. And a strong-willed heroine. Such an intriguing read!

A fast-paced read full of live constellations and a princess who kidnaps children to fight in her war against the fallen constellations. Throw in the fact that humans can't survive in this world - they start to fade away, a fate worse than death. Now, hopefully this caught your attention!

I loved how the author made the story about constellations! It was a different and refreshing read - a definite must read!

Stephanie Faris
5.0 out of 5 stars An action-packed story with romance, too!
Reviewed in the United States on January 21, 2017
Verified Purchase
Fading into the Shadows is an action-packed story about teens battling falling constellations. The shadows that lure the teens into this world creeped me out in a way few stories have in my life. And once there, the action didn't stop until the end. Plus, there's a love triangle with two guys that will win young readers' hearts. But what really keeps the tension going throughout the book is the race to stop the constellations before the people Ella cares about fade into shadows.
Read more
One person found this helpful
Helpful
Report abuse

Sharif
5.0 out of 5 stars amazing action and world-building
Reviewed in the United States on February 5, 2017
Verified Purchase
Ella is worried and frustrated when her friend Avery disappears; she believes he's been kidnapped and the police don't seem to be doing much about it. When a shadow haunts her, she discovers another realm where constellations become real figures and kidnapped teens are thrown into a war. The world-building is great and the action is intense.
Read more
Helpful
Report abuse

sherry alexander
5.0 out of 5 stars A Teen Romance With A Twist And A Kick
Reviewed in the United States on February 8, 2017
Verified Purchase
Gods, constellations, an army of kids and something called love-- what a story! This was an excellent read with a courageous heroine and her nemesis. I couldn't help rooting for Ella and her willingness to fight for what she thought was right and her loyalty to those she felt were treated unfairly. What a heroine, Kelly Hashway. Thank you for a great read. Loved it!
Read more
Helpful
Report abuse

KRLGA @Smada's Book Smack
VINE VOICE
4.0 out of 5 stars Fun new teen adventure
Reviewed in the United States on January 16, 2017
Ella knows her best friend Avery would not just run away, regardless of what the police are suggesting. Filled with worry, Ella hears someone in her house so she goes to investigate, thinking it must be Avery. What she finds instead is a person shaped shadow that is beckoning her to follow it into nowhere. Figuring that she has no other option and her curiosity is peaked, Ella follows the shadow into the unknown.

This was a really cute fast read, filled with adventure, danger and of course some pg-level romance. I sat down with it one afternoon and realized I reached the end without realizing that time passed. If you are looking for some fun that is unlike any other story I have read before, than this is a good choice.

The world building was hands down the best part of the story. Constellations come to life; I mean what could be more different than that. Ella finds herself in a kingdom at war, where almost all the adults are gone (dead?) and kids have been taken from her world to fight a war they may not win. The entire story was fast paced with new and different twists on the creatures and the other mysterious characters like the Princess, who I was not a big fan of regardless of everything. Ella (and not to mention the amazingness that was Avery) turns into a kick-ass soldier here to save the day (if she was lucky) and I did enjoy the ride.

This was the first book I have read by this author and I was not disappointed. I do feel like the story may be best intended for pre-teens or young teens because even though the main characters were 16, they felt younger and the content in general felt like it would be for a younger reader. I saw the romance coming from a mile away; it was pretty obvious who would win Ella’s heart. Think of this as a kind of Percy Jackson type story, but with a romance. I look forward to see what else the author has going on.

I received this title in return for my honest review.
Read more
One person found this helpful
Helpful
Report abuse

Beth Consugar
5.0 out of 5 stars An other-worldly experience!
Reviewed in the United States on January 15, 2017
From the first word, Fading into the Shadows has you wishing you could fade into a shadow and read this book in one sitting!

Ella Andrews is worried sick after her friend Avery disappears. The police officer who is investigating Avery's disappearance doesn't seem interested in what Ella has to say. He's more interested in making the suggestion that Avery doesn't want to be found. Before long, Ella is chasing a shadowy figure in her bedroom. Soon, she finds herself following the figure into a world she has never seen before. She quickly learns that the police officer who was investigating Avery's disappearance is in this world - and so is Avery. In fact, the officer was the shadowy figure who lured her from her room.

Before long, Ella is swept up in a battle she doesn't want to fight - against some rogue constellations. This strange new world is called Stellaris, and the constellations can leave their places in the heavens and walk amongst the citizens of Stellaris. But a few of these constellations have begun to wreak havoc on Stellaris and are threatening the future of the world.

Melanie, the princess and daughter of the king and queen of Stellaris, has been kidnapping teenagers from Earth, including Ella and Avery. She needs an army to find her parents who have been kidnapped by the rogue constellations.

As people from Earth spend time in Stellaris, they begin to fade into the shadows, becoming nothing, and they can't return to Earth.

Can Ella, Avery, and the other teens from Earth help Melanie find her parents and stop the rogue constellations before all the teens fade into the shadows?
Read more
One person found this helpful
Helpful
Report abuse

gdcribbs
4.0 out of 5 stars A must read, fast-paced thriller. Hashway does not disappoint.
Reviewed in the United States on January 19, 2017
This book will grip you like a shadow creeping up the wall and have you up all night reading straight through to the end. Here's hoping this is a new series by the incredibly talented Kelly Hashway. I absolutely adored her Into the Fire Phoenix Series, and this book did not disappoint. Avery and Ella are friends who are drawn into a story that positions them in a race against time, where they must find a way to get back to Earth before they fade into the shadows and become nothing. A must read, fast-paced thriller.
Read more
One person found this helpful
Helpful
Report abuse
See all reviews
Back to top
Get to Know Us
Make Money with Us
Amazon Payment Products
Let Us Help You
EnglishChoose a language for shopping. United StatesChoose a country/region for shopping.
© 1996-2021, Amazon.com, Inc. or its affiliates