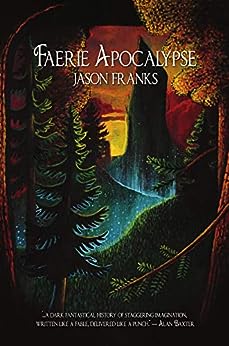 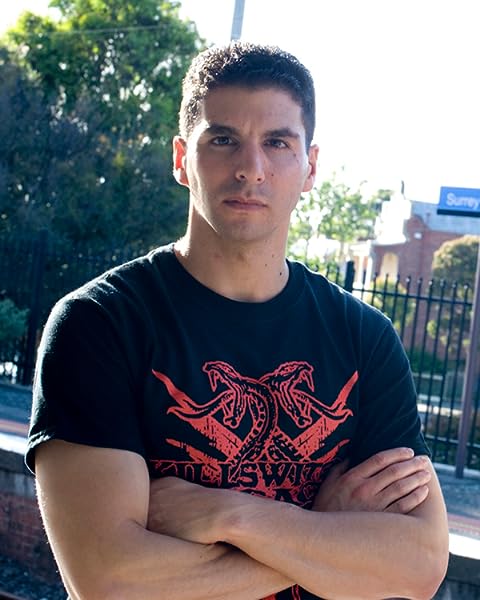 “Franks has delivered a dark fantastical history of staggering imagination, written like a fable, delivered like a punch. Powerful and engrossing stuff.”  —Alan Baxter, author, Germ Warfare
--This text refers to an alternate kindle_edition edition.

Jason Franks is the author of The Sixsmiths graphic novels and the Left Hand Path comic series. He lives in Australia.
--This text refers to an alternate kindle_edition edition.

John dEFROG
4.0 out of 5 stars Are you ready to rip it up? Are you ready to tear it down?
Reviewed in the United States on May 3, 2018
Verified Purchase
I’ll be honest – I’ve never been a fan of the faerie genre as a whole, although there are a few exceptions (Neil Gaiman and Charles de Lint come to mind). And I might not have tried this, except that (1) Franks’ first novel Bloody Waters was so good, and (2) this ain’t yr average fairy story. In fact, as the title implies, the whole point of the book is to set up the usual tropes of faerie fiction – the quests, the royalty, the magi, the tricksters, the endless walking, and mortal humans finding themselves in this magical alt-reality – and take an Uzi to them. Literally, in at least one case. It’s not a parody so much as an excuse to break every genre rule there is just to see what happens.

The story follows four different mortals (most of them unnamed) who enter the Lands Of The Realm for various reasons, and wreak havoc upon it, intentionally or otherwise. I won’t say any more because part of the appeal here is seeing where Franks goes with this – and it’s not where you might think. The chief criticism I have is the lack of a sympathetic main character – not a hero, which would defeat the purpose of the story, but someone who could at least offset the senselessly destructive nature of everyone else. The faerie playwright Nentril Revallo is the most likeable character here for my money, and while he plays a key role in the story, he’s still a minor character. Overall it’s rather bleak and nihilistic for my taste … and yet it has to be for the story to work, and I do appreciate what Franks is ultimately shooting for here. So if yr interested in seeing someone take a chainsaw to the whole faerie-fiction paradigm, this may be just the thing.
Read more
One person found this helpful
Helpful
Report abuse

Pete Aldin
5.0 out of 5 stars Clever, witty, brutal.
Reviewed in the United States on July 2, 2018
Verified Purchase
Mr Franks’s genius shines strong here in three ways: genuinely funny narrative and dialogue; polished prose; inventive plotting. He has laboured hard to create a non-Hollywood plot that still enthralls and pays off. In fact, the story is self-aware enough that a character remarks, “Sometimes I just get sick of hearing the same damn stories, over and over again.” Well, this isn’t the same damn story by any means.

Scamp
5.0 out of 5 stars A dark and fantastic read.
Reviewed in the United States on March 10, 2018
Verified Purchase
A book so dark and troubling (and I absolutely mean that as a compliment) it’s taken me a fortnight to get around to this review.

A superb critique of the madness of desire, the impacts of personal quests and the nature of faerie. A strong thread of black humour and strong action throughout also helps propel this finely written story forward.

Franks also does a great job of twisting and subverting troupes, while simultaneously showing that he also has his own story to tell.

I wouldn’t say I “enjoyed” this sharp and black book – but it will stay with me for a very long time and I highly recommend it.

You should read it.
Read more
Helpful
Report abuse

Amazon Customer
5.0 out of 5 stars Imaginative story-telling at its finest
Reviewed in the United States on July 14, 2019
Verified Purchase
The seeming initial lack of a coherent plot nearly made me give up early on. I'm glad I placed faith in the writer as, though very dark in tone, this was an insanely original take on Fairyland. There was no guessing where it would go. Well worth the read.
Read more
Helpful
Report abuse

George Wilson III
5.0 out of 5 stars A great dark faerie tale
Reviewed in the United States on February 24, 2018
Verified Purchase
A story with several great tales that build on each other. Dark twists and turns keep you turning the page.
Read more
Helpful
Report abuse

Narrelle
4.0 out of 5 stars A gruesome apocalypse with a purpose.
Reviewed in the United States on January 21, 2018
Have you ever wondered what's going on in the mind of people who set about pursuing quests in the worlds of magic? Potential lovers seeking the fairest of them all; mages seeking further power; sons seeking fathers; daughters seeking vengeance; those seeking simple distraction and escape from their everyday lives.

Jason Franks has. And he doesn't think very highly of them.

Faerie Apocalypse plays with the tropes of quests and fantasy violence. He twists the old storytelling standards of cycles-of-three, cunning humans outwitting faerie malevolance, all the same-old-same olds.

Franks isn't afraid of being pretty damned gruesome with it, either. Many encounters end not merely with violence but with gore so extreme it's less horrific and more a form of nihilism. If Shakespeare wrote Titus Andronicus in a spirit of 'I'll show YOU a revenge tragedy!', Franks has said, 'I'll show YOU a tide of pointless butchery!'.

Except that it's not pointless. The purpose, mostly hinted at throughout the brutal excapades of the mortals, the mage, the daughter of the warrior queen and the Bad Little Dog is very pointed, but it's a spoiler to say what it is.

I loved how the inklings that supposed mortal questers aren't as noble or heroic as they're cracked up to be turn into certainties that they're all pretty awful people with little regard for the consequences of their actions. Where they go, death follows, on a scale that humans in the mortal world have wrought with such horrific abandon.

The level of butchery is a bit much at times, but it's a deliberate choice that is less gratuitous than it seems, by the time you reach the end and learn why. Though the hint is in the title. It is a faerie apocalypse, after all.

I'll admit that I have a fonder spot in my heart for the wild and wickedly funny Bloody Waters , but it's good to be reading Franks again and I'm looking forward to whatever comes next.
Read more
2 people found this helpful
Helpful
Report abuse
See all reviews

Kate Hore
5.0 out of 5 stars Clever and haunting
Reviewed in Australia on July 2, 2019
Verified Purchase
This was a beautifully written, haunting book that stayed with me long after I'd finished reading. Loved it.
Read more
Report abuse
See all reviews
Back to top
Get to Know Us
Make Money with Us
Amazon Payment Products
Let Us Help You
EnglishChoose a language for shopping. United StatesChoose a country/region for shopping.
© 1996-2021, Amazon.com, Inc. or its affiliates