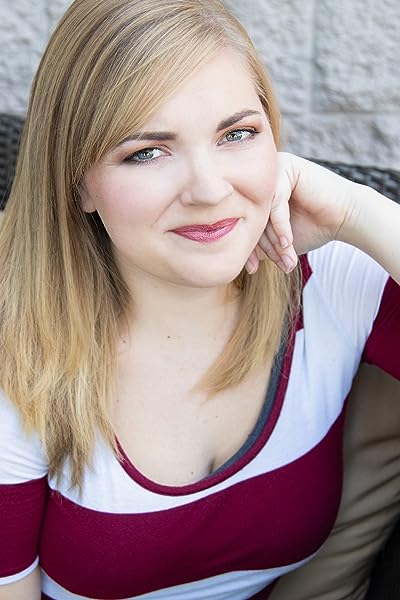 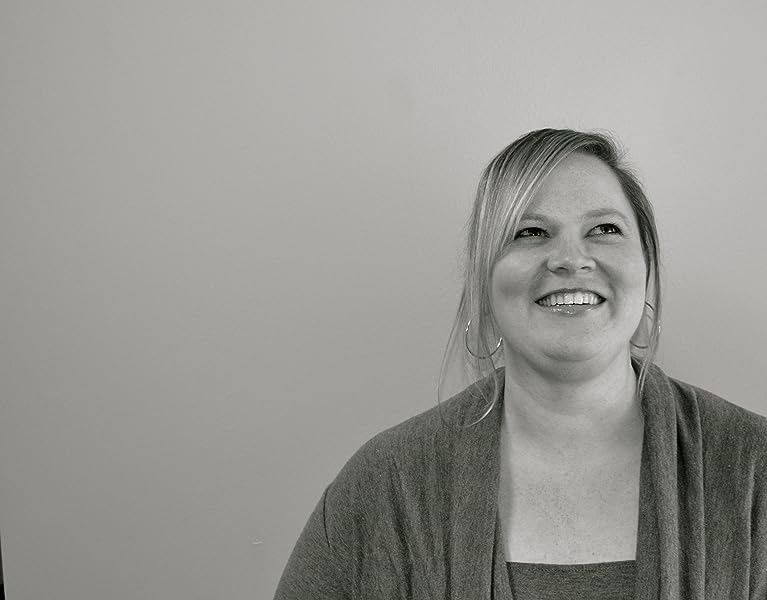 4.8 out of 5 stars
4.8 out of 5
64 global ratings
How are ratings calculated?
To calculate the overall star rating and percentage breakdown by star, we don’t use a simple average. Instead, our system considers things like how recent a review is and if the reviewer bought the item on Amazon. It also analyzes reviews to verify trustworthiness.
Top reviews

TXBRITGAL
VINE VOICE
5.0 out of 5 stars Obsessed!!!!❤❤❤
Reviewed in the United States on May 1, 2020
Verified Purchase
This series just gets better and better! Be warned, it's highly addictive ❤. Brea is the center of this book. She's slowly coming into her own. Getting more acquainted with being in fae now, and meeting more of the people. Along the way she's also learning more things being kept from her. This tying woman has such a fierce and loyal heart. She's willing to move mountains for people she doesn't even know....so when she learns myles is here and held prisoner by her evil aunt, all bets are off!!! I can't wait to see what happens next!
Read more
One person found this helpful
Helpful
Comment Report abuse

PurpleBookFox
4.0 out of 5 stars need to read the next one asap
Reviewed in the United States on July 8, 2020
Verified Purchase
Picks up where the last left off and just keeps on going. I must say the ending was abrupt. Love the characters and hope they get the happiness they deserve. Waiting on book 3.
Read more
Helpful
Comment Report abuse

stephanie m
5.0 out of 5 stars Great series. A set I will read again.
Reviewed in the United States on May 18, 2020
Verified Purchase
I have read the series. In a week. Which is very quick for my slow melting mind. It’s really well written with nice character and world building.
Read more
Helpful
Comment Report abuse

Lillian @ Mom with a Reading Problem
5.0 out of 5 stars Lightning Fast Pace & an Amazing Read
Reviewed in the United States on April 21, 2020
**I received an eARC of this book via the authors. This does not affect my opinion of the book or the content of this review.**

What an amazing read! Fae’s Defiance by M. Lynn & Melissa A. Craven is the second book in their series Queens of the Fae and picks up right where the first left off. Y’all this book does not suffer second-book syndrome. It is not a bridge to the end. It doesn’t lag in its pacing. Nope, Fae’s Defiance is a sprint to the cliffhanger I happily dove off of. And thank the good Fae that this is a rapid release, and we do NOT have to wait long for book three. Please note that if you have not read book one of this series, there may be minor spoilers to that book in this review. Read at your own risk!

“Brea Robinson is a princess.” Brea is adjusting to her new life in the Fae world, her world. This isn’t an easy task for her. It isn’t something she is excited about, especially after the betrayals from the first book. She doesn’t trust easily, and she makes the new Fae in her life work for it. Despite her internal monologue that she is ready to fall apart, Brea is strong on the outside and displays a fearless outlook on her new situation. She faces each new challenge head on, and I love her for it. She isn’t some damsel in distress, waiting on someone to save her. She’s her own hero and making her own path in this new world.

Despite that outlook, Brea is insecure. Her time in Fargelsi, the eternal Spring realm, left her shaken. She doesn’t trust those that have saved her and brought her to Eldur, the desert realm, and she doesn’t trust herself. Letting her own guard down is hard for her. Brea doesn’t trust her judgment after she placed her trust in the wrong Fae. Between this and her horrid upbringing, Brea is having a hard time believing that her true mother loves her and wants what is best for her. It also plays a pivotal role in her relationship with the two Fae that brought her to Eldur, Finn and Lochlan.

Can I just say how much I love these two Fae? Finn is light-hearted and reminds Brea of her best friend Myles. He doesn’t treat her like a princess, but another person. He sees her and understands her in a way that allows her to let her guard down easily. Lochlan, on the other hand, is unfortunately the brother of Griffin O’Shea, who broke Brea’s trust in the first book. This, along with his role in her kidnapping from the human realm, does not win him any favor with Brea. He’s broody and pushes her buttons every chance he gets. Despite that, he’s never once put her in danger. Lochlan puts Brea’s safety above his own. To say he wormed his way into my heart is an understatement. I love this broody Fae, and I absolutely LOVE that we get a few chapters in his POV this book.

As I mentioned earlier in this review, this story moves at a lightning pace. The plot is just as intricate, if not more so, than book one. We get more world-building as Brea becomes accustomed to her new life in Eldur. Y’all the imagery here had me sweating. It feels so real. I could feel the desert sun on my neck. I love that the authors transported me to Brea’s world!

Now let’s talk foreshadowing for a quick sec. I read A LOT. That’s not an understatement, I easily read 100 new books a year. Few authors pull off good foreshadowing. Most of the time you’ll see reviewers mention how predictable a book was and that they didn’t enjoy it as a result. Y’all, that’s bad foreshadowing. What we have here in Fae’s Defiance is the exact opposite. This is an example of fantastic foreshadowing. This is the kind where you are reading and you pick up little hints along the way, but those surprises still smack you in the face when you get to them. It’s not there for shock and awe, but there because it was clearly planned to be. I love this!

Overall, if you haven’t already guessed, I love Fae’s Defiance! Brea is one of those characters that you just love and root for from page one. I love her character development so far in the series and can’t wait to see where the authors take her next. I highly recommend this series for anyone that enjoys YA fantasy.

Brea should feel safe now that she has escaped her evil aunt and the manipulations of the man she thought she was falling in love with. Even though the woman she has learned is her mother seems sincere, Brea still feels out of place.

She loves the city and its people but she can’t see herself as a royal. Then there is the missing Alona. It is hard not to think that everyone would be happier if Alona was the one in her place.

Can Brea finally have found a home, a place to belong? Or is there more to the queen’s agenda than reuniting with her daughter?

L. Cavis
5.0 out of 5 stars The story builds & is so wonderful-I love it
Reviewed in the United States on April 6, 2020
The first book in this series is absolutely amazing and I loved this second one as well. The beginning of this book had me saying “yesss!” And so happy/hopeful for what could come as it continued from the first book. I love the way the book will shift between point of view of the main character, Brea, and another, Lachlan. I loved knowing more of their thoughts and reasons for their actions. The witty banter between the friends is fun and appreciated. I had to read this one straight through and am so looking forward to the next book. This book takes me right in and I feel as though I am right there experiencing it and seeing/feeling the lands-such talent in the writing. I can’t wait to see where the story goes from here. You won’t be disappointed!
Read more
Helpful
Comment Report abuse

Nicole D
5.0 out of 5 stars Perfect Sequel
Reviewed in the United States on April 25, 2020
Excellent sequel. Sometimes second books drag and lack the excitement of the first book. And while this book was more serious than the first, the pacing was spot on. I enjoyed seeing even more growth from Brea. She's really coming into her own and is learning the ways of the Fae. She still has plenty of self esteem and self worth issues but that is expected with her past. I feel this book gave Lochlan a ton of needed "page time". He's a great character and seeing things from his perspective was helpful. This book was the halfway point through a chess game, everyone is lining up for the win but it's too soon to call. Can't wait to read the conclusion and see how it all plays out.
Read more
Helpful
Comment Report abuse

Stephanie Lynn
5.0 out of 5 stars Great Read, Perfect for Fae Fans and Fantasy Readers!
Reviewed in the United States on April 29, 2020
*I received an early copy from the author. This does not affect my review. My review is voluntary.*

I really enjoyed the first book in this series, and was excited to start this one...Did it live up to my expectations? Yes! Yes it did, and so much more! This being the second and 'middle' book had loads of potential, but there's always that slump that second books can be trapped in. Not this one! I loved the duel POV with Brea and Lochlan, which really added to their characters, and seeing their thoughts gave more depth to their personalities and to the story overall! I loved this one, and am so excited to what happens in their story in the next book!
Read more
Helpful
Comment Report abuse
See all reviews