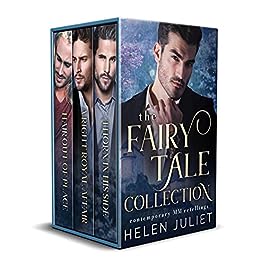 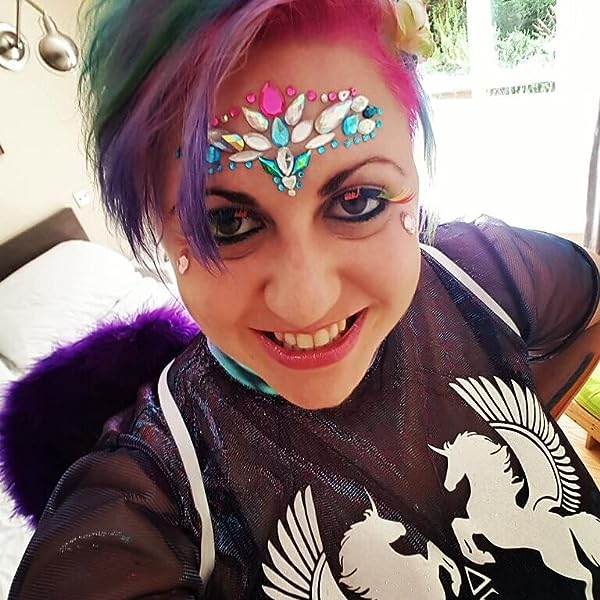 by Helen Juliet (Author) Format: Kindle Edition
See all formats and editions
Sorry, there was a problem loading this page. Try again.
Experience Beauty and the Beast, Cinderella, and Rapunzel as you’ve never seen them before in this thousand page box set of contemporary adaptations! Available together for the first time, each book is a standalone with its own HEA, but watch out for familiar faces!
---
Thorn in His Side
Beautiful, innocent Joshua Bellamy finds himself in an arranged marriage to the older, brutish, and scarred Darius Legrand. But in Darius’s secluded mansion, Joshua begins to see that Darius isn’t so scary after all. In fact, despite being a little grumpy, he’s actually very protective and caring. When danger comes knocking on their door, will Joshua and Darius’s blossoming love be strong enough to save each other?
---
A Right Royal Affair
Nobody knows that Prince James of the United Kingdom is bisexual, and as he’s sixth in line to the throne, it needs to stay that way. But when he meets the cheeky, outrageously gay Essex boy, Theo Glass, everything could change. Against his better judgement, James asks Theo to help him put on a royal charity ball to remember. Can they resist their mutual attraction for a whole week alone in a picturesque castle, or will true love bloom?
---
Hair Out of Place
Raphael d’Oro is a secret prince who has spent his entire life exiled in a London penthouse. But now he’s in a race against time to get back to his tiny European nation to claim the throne that’s rightfully his and save his people. Good thing he has his insanely hot older bodyguard to take care of him. But Griff Thompson would never want someone as inexperienced as Raphie, would he? Even if they keep finding themselves in places with only one bed…

Helen Juliet is a contemporary MM romance author living in London with her husband and two balls of fluff that occasionally pretend to be cats. She began writing at an early age, later honing her craft online in the world of fanfiction on sites like Wattpad. Fifteen years and over a million words later, she sought out original MM novels to read. She never thought she would be any good at romance, but once she turned her hand to it she discovered she in fact adored it. By the end of 2016 she had written her first book of her own, and in 2017 she fulfilled her lifelong dream of becoming a fulltime author. You can follow her at @helenjwrites or join her Facebook group Helen's Jewels!

Shelley D Chastagner
5.0 out of 5 stars Three book bundle
Reviewed in the United States 🇺🇸 on August 15, 2021
Verified Purchase
THORN IN HIS SIDE
I am a huge fan of retold fairytales and Thorn in His Side ticked all my boxes. Darius has spent a miserable life being the pawn of his truly evil father. His scars earned in the military make him feel hideous. He acts brutish but underneath all that pain is a wonderful man. Joshua begins his forced marriage to Darius as a meek man. I loved seeing him grow into a strong, confident one. The supporting characters add a wonderful layer to the story. All of them come together to defeat sinister plans and form a beautiful family.

A RIGHT ROYAL AFFAIR
James and Theo have a brief, unpleasant first encounter and I was impressed that Theo stood up for himself. I was even more impressed when James went to the trouble to track Theo down at home and apologize. Having Theo plan his big charity ball keeps them in close proximity and of course, their attraction is plain to see. I loved how the entire staff helped push these two together. I loved that Theo tries so hard to protect James. Jame's bravery showed what a wonderful man he was. The ending was the perfect ending for fairy tale lovers.

HAIR OUT OF PLACE
Fantastic! This reimagined Rapunzel is elevated by a wonderful, caring mother, a team of security and tutors that see themselves as 'family', and a new hot bodyguard who proves his mettle the first day on the job. The whole thing starts with a literal bang and is full of action, bungling assassins (I loved the 'ninja'), and a quest to reach the kingdom in time. This comes off as a spy movie from the '60s or '70s. The ballroom scene was fabulous. Raffi is a wonderfully kind and sunny non-bi man and Griff spends most of the book trying to keep him at arm's length. I kinda wanted to smack him for not only running hot and cold with poor Raffi but his self-deprecating inner monologue. I have to give him kudos for his immediate acceptance and appreciation of all facets of Raffi though. Sparrow is just the cherry on top.

Audiobooks: If you can get your hands on audio copies do it! This narrator deserves a round of applause for his take on each of the voices. Griff's 'Sean Connery' voice from HAIR OUT OF PLACE gave me shivers and I could picture Raffi from the voice alone. Each of the assassins was not only distinctive but hilarious. He manages to add distinction for each character in every book while beautifully conveying their personality and feelings. Bravo, Kieran Flitton!
Read more
One person found this helpful
Helpful
Report abuse

L.D.
VINE VOICE
5.0 out of 5 stars An Enjoyable Romance Collection
Reviewed in the United States 🇺🇸 on August 18, 2021
Verified Purchase
The Fairy Tale Collection is a bundle of three fantastic novels all inspired by classic fairy tales. Each of the books are set within a contemporary setting without any magic elements, but with a lot of drama and romance. The first book is Thorn in His Side, a Beauty and Beast retelling. The second book is A Right Royal Affair, which gives a hearty nod to Cinderella, and the last book is Hair Out of Place, a wild twist on the Rapunzel fairy tale. I loved this bundle – first because all the stories individually are fantastic and enthralling, and second because the bundle presents the books in the best reading order. I loved being able to dive immediately into the next book once I finished with the previous book. The audiobook was narrated by Kieran Flitton who does a fabulous job with each book. The audiobook bundle made it easy to binge the entire series.
Read more
Helpful
Report abuse

Robert lapratt
5.0 out of 5 stars life is a fairytale.
Reviewed in the United States 🇺🇸 on August 28, 2021
Verified Purchase
Life can be a beast, life waiting for Mr right can be tough and the towering pressures for that white knight can make you want to pull your hair out but all and all I find dreams can come true. The birds sing the flowers bloom and you can make life wonderful smile and kiss him again. Remember,life is a fairytale.
Read more
Helpful
Report abuse

Kindle Customer
5.0 out of 5 stars Good mix of everything
Reviewed in the United States 🇺🇸 on August 12, 2021
Verified Purchase
Enjoyed this book very much. Just the right mix of romance and edge of your seat excitement to keep you turning electronic pages. Some of the action required an extra suspension of believability because I just couldn’t force myself to buy that things would ever happen as they did in the book, but it wasn’t enough to lose my interest.
Read more
Helpful
Report abuse

Kindle Customer
3.0 out of 5 stars Good, good, and not so good
Reviewed in the United States 🇺🇸 on January 16, 2022
Verified Purchase
I really liked the first two stories, but the third one dragged one too many times. Overall a good collection, just not great.
Read more
Helpful
Report abuse

Fred
3.0 out of 5 stars 2 out of 3 ain’t bad
Reviewed in the United States 🇺🇸 on August 12, 2021
Verified Purchase
I give the first story (Beauty & The Beast) a 4, the second story (Cinderfella) a 4.5 and the third story (Rapunzel) a 3.5. In the second story I really liked Theo’s confidence and strong self-worth and needless to say Prince Charming, James, is definitely swoon material.
Read more
Helpful
Report abuse
See all reviews