Faking Bliss (The Moore Family Book 2) and millions of other books are available for Amazon Kindle. Learn more
Share <Embed> 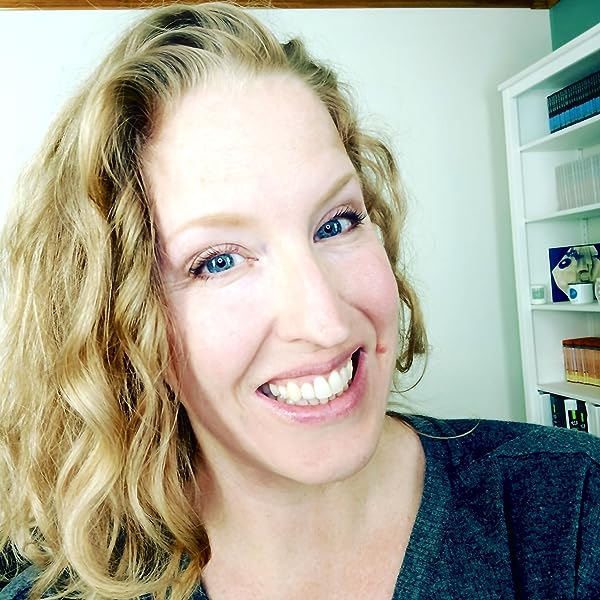 Start reading Faking Bliss (The Moore Family Book 2) on your Kindle in under a minute.

Dana Zamora
5.0 out of 5 stars Proposal baby
Reviewed in the United States on June 1, 2020
Verified Purchase
Such a feel good book, silver spoon James and Ellie having to work for everything, although friends forever, wanting a baby has Ellie making a proposal to James to be a sperm donor, when love revelations surfaced, a once in a lifetime love comes
Read more
Helpful
Report abuse

karebare1003
5.0 out of 5 stars Such a Sweet Series!
Reviewed in the United States on June 1, 2020
I already knew I loved this series but re-reading them has made me fall further!! They are sweet perfection! Faking Bliss was the second book in Abby’s Moore Family series; it was originally called Carried Away. This was the book I remembered most out of the series, it was sweet and sexy, with a hint of suspense!

James was sinking in to a downward spiral after his fiancé left him. He was drinking, fighting and hanging out with the wrong crowd. His family was worried about what he would do at his brother’s upcoming wedding. To get them off his back, he enlisted Ellie to be his “fake” girlfriend. Only now, the lines between fake and real were getting blurred.

Since Ellie had a crush on James since they were kids, would being his “fake” girlfriend a good idea? Could she simply walk away when their time was up? Or would more be on the line to loose?

Abby’s books are always amazing! They are so beautiful and uplifting. Faking Bliss fit right in! I can’t wait to continue to re-read the series.

Jennie F
5.0 out of 5 stars Longtime crush...fake to real?
Reviewed in the United States on June 14, 2020
ARC for honest review with no compensation

Faking Bliss is book 2 in the Moore Family series by Abby Brooks. This is a republished and expanded version of Carried Away. Read this before and loved it but this is even better!

After his engagement is called off James Moore has decided love isn’t for him so decided to drink himself to oblivion and not worry about the consequences. Family has tried to talk with him about his spiral downward but he want no parts of it..that is until Ellie Charles comes to his rescue and is totally honest with him. So he decides to ask Ellie to be in a fake relationship to get his family off his back and have a “friend” be his date for his brother’s wedding coming up soon.

Ellie Charles has had a crush on James for a long time and now watching him spiral out of control she wants to help but what he is asking...she is to honest to “fake” but goes along hoping for “real”.

What happens next is lots of heat, laughter, family, opening up and finding love when you least expect it!
Read more
Helpful
Report abuse

Norma Jenkins
4.0 out of 5 stars James Moore has met the woman who just might bring him to his knees
Reviewed in the United States on June 3, 2020
I received an ARC of this book for an honest review.

The Moore Family is back. James had his heart broken in ways he wasn’t ready for. Ellie has always depended on herself for everything. When these two come together, it’s fireworks!

Abby took these characters and brought them to life. Every single emotion and feeling you could have about them is right there, so tangible that you can feel it with every single turn of the page. James and Ellie captivated me and held me so tightly that I wasn’t ready to let them go when the book was all said and done.

I am really excited for the next installment of the Moore family! I cannot wait to see what happens when Harry meets his match!

Four stars for this fake relationship that takes you for the ride of your life as you watch it all unfold right in front of you.
Read more
Helpful
Report abuse

Nanedsmomba- Reviewer and Blogger for Life Reads With Friends
5.0 out of 5 stars Blissfully perfect! ❤️❤️❤️❤️❤️
Reviewed in the United States on June 2, 2020
There is nothing fake about the feelings you get while embarking on this romantic journey! Faking Bliss is captivating! You can’t stop reading and feeling the pain that James and Ellie go through. Each of them have their own demons they are fighting on their own. James is drinking his fair share to numb his pain. Ellie is fighting to stay afloat each day.

They embark on a fake a relationship to help each other. They face romantic feelings and struggles try to decide what to do next. Fun, romantic and painful scenes are packed into this book.

I really love Abby’s writing. Her magical words get your attention and makes you always want for more. Love, love, love this series! The older and current versions are both awesome!
Nanedsmomba- reviewer and blogger for Life Reads With Friends
Read more
Helpful
Report abuse

Fleur W
5.0 out of 5 stars I flove flove this book and series!! 🥰
Reviewed in the United States on June 2, 2020
I will be honest I didn't remember how freaking hawt James was so was very happy when he was described to me! Your heart does break for him after everything he has been through but ugh the baboons he hangs out with annoy me at times and I just love Ellie but want to shake her and say "Girl you know are just asking for trouble making a pact with the delicious man!!!" But you know what I would jump at the chance to pretend to be his girlfriend too! This is a roller coast of feelings where you get annoyed with both James and Ellie as well as laugh and feel sorry for them and want to give them a big old hug. And then when Ellie is pulled into the Moore family and sees what a family is meant to be like, well you want to be right there with her.
Read more
Helpful
Report abuse

Leanne J.
5.0 out of 5 stars This series is sooooo good!
Reviewed in the United States on June 1, 2020
I wish I had the words to give this book the review it deserves. I'll give it my best.
Abby Brooks has the ability to write characters that are so real you actually feel them. They aren't perfect people. They are flawed and broken and human. James is horribly broken at the beginning of this book and I actually felt his pain. Seeing his changes and his healing as the book goes on, I found myself loving this character even more. As Ellie opens up, you realize her past is really affecting her present, as all of ours does. Watching them both fall in love made me remember my own journey to love. They are human characters with human problems and human loves. I can not wait for the next book in this series!
Read more
Helpful
Report abuse
See all reviews