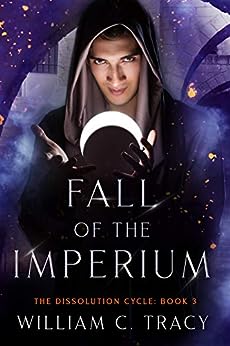 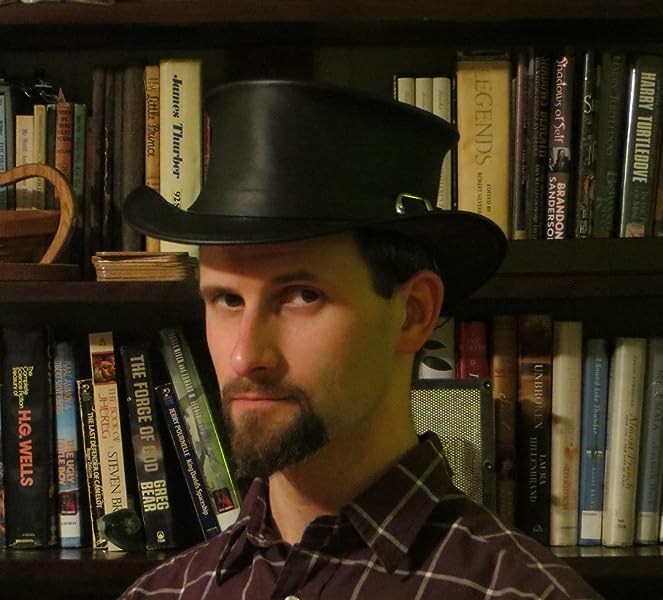 by William C. Tracy (Author) Format: Kindle Edition
Book 3 of 4: The Dissolution Cycle
See all formats and editions
Sorry, there was a problem loading this page. Try again.
The Dissolution is here. It is both an end, and a beginning.

The Dissolution has begun.

Sam is finally reunited with Enos and Inas, only to see his new home under siege by beings that dissolve reality at a single touch. Even as they battle their personal demons, the three apprentices must also fight to save their home. Enos lashes out at those she loves, plagued by voices she’s consumed, and Inas must risk his sanity to access ancient memories of the Nether. Sam must learn how he uniquely affects the Symphony, but there is little time to master what usually takes a lifetime.

The Nether is leaderless and the Assembly is in chaos. The three apprentices must counter an invasion by aliens who rip the Symphony, and the very universe, apart. Ancient antagonists will resurface, a battle must be fought, and the secrets of the Nether and the universe will be laid bare in this final book of the Dissolution Cycle.

The Dissolution Cycle (Epic Space Opera, LGBT):
Book 1: The Seeds of Dissolution
Book 2: Facets of the Nether
Book 3: Fall of the Imperium

His first epic fantasy from NineStar Press is Fruits of the Gods, about a land where magic comes from seasonal fruit, and two sisters plot to take down a corrupt government.

William is a North Carolina native and a lifelong fan of science fiction and fantasy. He has a master’s in mechanical engineering, and has both designed and operated heavy construction machinery. He has also trained in Wado-Ryu karate since 2003, and runs his own dojo in Raleigh NC. He is an avid video and board gamer, a reader, and of course, a writer.

In his spare time, he cosplays with his wife such combinations as Steampunk Agent Carter and Jarvis, Jafar and Maleficent, and Doctor Strange and the Ancient One. They also enjoy putting their pets in cute little costumes and making them cosplay for the annual Christmas card.

You can get a free Dissolutionverse short story by signing up for William's mailing list at http://williamctracy.com/contact-me/

Or follow him on Twitter at https://twitter.com/wctracy for writing updates, cat pictures, and thoughts on martial arts.

Book Fanatic
4.0 out of 5 stars Great battle
Reviewed in the United States on January 14, 2021
Verified Purchase
This has such an incredible and complex cast of characters. It is a massive battle including all the species from the ten worlds and species from the other nether as well versus the Elgerdeen. Lot of answers to some of the implied info from the earlier books. Very satisfying epic story.
Read more
Helpful
Report abuse

kaysa
5.0 out of 5 stars Great end to the Dissolution Cycle trilogy
Reviewed in the United States on September 28, 2020
In this final book in the Dissolution Cycle trilogy, Sam journeys to a new Nether facet to learn about his two unusual house colors, Enos attempts to recover from her time with her kidnappers, and Inas grows into his Aridori body (as well as a bunch of the old Speaker's memories). The romance between the three apprentices heats up (there's a cute little SFW sex scene in there), and Sam learns to draw strength from his friends to help manage (not cure!) his anxiety.

Of course, all is not well in the Nether. Elgynerdeen (giant millipede things that eat Nether crystal) keep dropping out of Drains all over the Imperium. They eat anything and anyone in their path, and seem to be hell bent on something in the Assembly Hall. We also have an ancient Aridori civil war resurfacing, Sam battling with the weird voice in his head (while trying to sort out the House of Time and the House of Matter), and yeah, a bunch of teenagers running around trying to keep the adults from dying.

Fans of the series will enjoy the tie-ins to all the various novellas. Mandamon makes several appearances, as do the Pixies, and mention is made of the new species above the Nether clouds that was learned about in JOURNEY TO THE TOP OF THE NETHER (the middle grade novella).

It's a great wrap to the trilogy, with plenty of plot threads to keep the series well alive. Tracy has created an expansive universe with no end in sight to the potential worldbuilding, and it's always fun to play around in the giant sandbox of music-based science fantasy. And as always, the nonbinary representation remains strong.
Read more
Helpful
Report abuse

Joscelyn Smith
5.0 out of 5 stars Absolutely Fascinating
Reviewed in the United States on August 25, 2020
Another fantastic dive into the Dissolution Cycle. These complex characters continue to pull me into their world as the battles they face draw ever closer. It is absolutely brilliant from start to finish.

Angie Hill
5.0 out of 5 stars Fantastic!!
Reviewed in the United States on September 16, 2020
Great book!! I really love this new take on magic. This is a fantastic read for everyone who loves great stories and great characters!!
Read more
Helpful
Report abuse
See all reviews