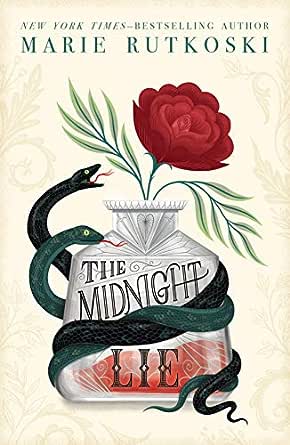 You've subscribed to The Midnight Lie Series! We will preorder your items within 24 hours of when they become available. When new books are released, we'll charge your default payment method for the lowest price available during the pre-order period.
Update your device or payment method, cancel individual pre-orders or your subscription at
Your Memberships & Subscriptions 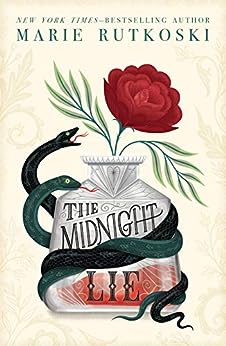 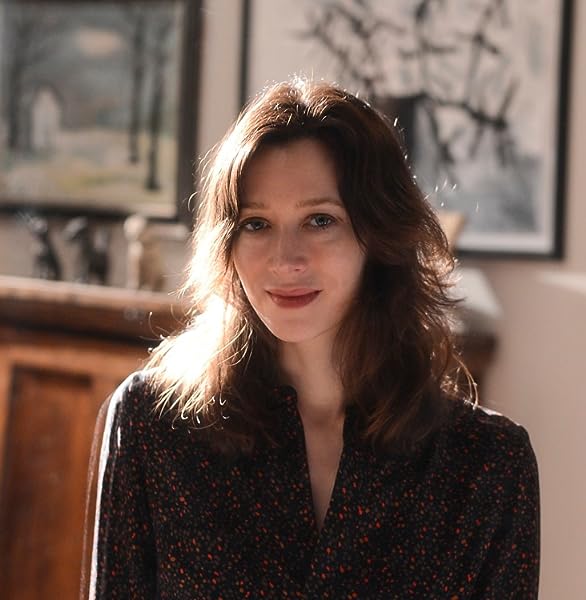 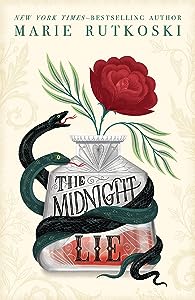 "The romance is heart-stoppingly lovely and admittedly steamy . . . but the raising of stakes and the reluctance of the couple to give up their respective causes, even as they confess their love for each other, lends their relationship a complexity not often seen in the genre." ―The Bulletin for the Center of Children's Books, starred review

“Rich characterization, exquisite worldbuilding and rock-solid storytelling make this a fantasy of unusual intelligence and depth...Precise details and elegant prose make this world fresh and vivid. The intricate and suspenseful plot, filled with politics, intrigue and even graphic violence, features neither heroes nor villains; every character displays a complex mixture of talents, flaws and motives...Breathtaking, tragic and true.” ―Kirkus Reviews, starred review

Marie Rutkoski is the author of The Shadow Society, the Kronos Chronicles, and the New York Times-bestselling Winner's Trilogy, which has garnered starred reviews from Kirkus, Publishers Weekly, and the Bulletin of the Center for Children's Books, and was included in lists for Best Books of the Year by Amazon, YALSA, and Kirkus, among others. She is a professor at Brooklyn College and lives in New York City. --This text refers to the audioCD edition.

4.5 out of 5 stars
4.5 out of 5
51 customer ratings
How does Amazon calculate star ratings?
Amazon calculates a product’s star ratings based on a machine learned model instead of a raw data average. The model takes into account factors including the age of a rating, whether the ratings are from verified purchasers, and factors that establish reviewer trustworthiness.

Amazon Customer
5.0 out of 5 stars Soooo good!
Reviewed in the United States on March 3, 2020
Verified Purchase
Ok I’m ready for the sequel 😬

Loved Sid, loved Nirrim, loved the premise, LOVED the ending. I read it all in one evening, but I’ll read it again soon.

Brielle Mayfield
5.0 out of 5 stars Couldn't put it down!
Reviewed in the United States on April 16, 2020
Verified Purchase
Marie did it again! I am dying for this sequel!! Unfortunately I dropped my copy in the tub so I'll be replacing it.
Read more
One person found this helpful
Helpful
Comment Report abuse

schmettajames
VINE VOICE
4.0 out of 5 stars Beautifully written fantasy
Reviewed in the United States on February 29, 2020
Vine Customer Review of Free Product( What's this? )
The Midnight Lie is a really beautiful book. It's a fantasy, a romance, and a nuanced look at abusive relationships. It reminded me a bit of Strange the Dreamer, another fantasy about a seemingly ordinary person who embraces an extraordinary life.

Nirrim lives in the ward. She's a Half Kith and her kind are bound to live within the walls of the ward. The Half Kith live under draconian laws. They aren't allowed any bright colored or fancy clothes. Everything they wear must be gray or brown. Their food must be plain, and anything sweet is forbidden. If they caught breaking the laws, the penalty is a tithe: they may have their blood drained or a finger removed or something worse. Nirrim works in a bakery where anything sweet is sold to the Middlings, the next class up. Anything colorful or fine produced by the Half Kith goes to the Middlings or the High Kith, the highest class. (The huge dichotomy between the classes is reminiscent of District 12 compared with the Capitol in the Hunger Games.) Nirrim's life isn't bad, even with these restrictions. She grew up in an orphanage and was then taken in by Raven, a Middling who runs a bakery in the ward. Nirrim works in the bakery, and because she's an expert forger, she helps Raven make passports for people who want to sneak out of the ward.

Nirrim is thrown into prison one day on spurious charges. In the cell next to her is Sid, a young woman from somewhere else. She frees Nirrim from the prison and asks her many questions about the ward. Nirrim's answer to every question is "it's always been that way." But Sid's question start to make Nirrim think about why things are the way they are in the ward, and once she starts asking questions, things will never be the same. Not only does she begin to question everything she knows, she finds herself drawn to the enigmatic Sid.

Rutkoski has a way with words. Take this passage:

"It occurred to me that all the rules that mandated that we live behind the wall had one purpose: to make the Half Kith forget how to wish for things. We had been taught not to want more than we had. I realized that wanting is a kind of power even if you don't get what you want. Wanting illuminates everything you need, and how the world has failed you."

The book has an interesting portrayal of abusive relationships. Raven, the woman who took Nirrim in, alternates between tenderness and abuse. It's obvious to the reader and to everyone around Nirrim that Raven is awful, but Nirrim is an orphan who's never known love or affection, so it makes sense that she feels an attachment and a sense of duty to Raven. It's hard to read, but the the dynamics of an abusive relationship ring true. Nirrim also has a relationship of a sort with a fellow Half Kith named Aden. He loves her and she feels an obligation to him even though she doesn't feel the same ("He kissed me and I let him. Sometimes it can feel so good to give someone what they want that it is the next best thing to getting what you want."). Aden is a classic "nice guy," turning on Nirrim as soon as he doesn't get his way. These relationships contrast with Sid, who although not without her own baggage, actually respects Nirrim as her own person and pushes her to see the world in new ways.

My only issue with the book is that the pacing is a bit slow. There's a lot of character development, and the romance is very well done, but the plot lags a bit in the middle, only to pick up a lot of steam near the end of the book. The plot twists at the end are fantastic, and I'm dying to see where things go in the next book, but there could have been a bit more action in the middle.

Rebecca Mee
3.0 out of 5 stars An okay read
Reviewed in the United States on March 4, 2020
The Midnight Lie left me with some mixed feelings. It follows Nirrim, a girl who lives in the Ward, a place where the impoverished and vulnerable "Half Kith" are forced to live in squalor in the city of Ethin. Nirrim is content to live with the way things are, until she meets Sid, a mysterious stranger with secrets of their own. Soon, Nirrim uncovers long-held deceits that will turn her world and her life upside down.
I'll start out with what I liked: The Midnight Lie is written in the same luscious prose that we all love in the Winner's trilogy. Marie Rutkoski is a wonderful writer. I especially love how she deals with the subject of toxic relationships and how blurred the lines get to those who are on the receiving end of them. I appreciated that Nirrim was able to be her own person by the end of the book and throw off those who subjected her to emotional abuse. It's something very important we don't see often in YA Lit. TML is a character-driven story about the lies we tell ourselves, and also deals with issues of privilege, truth and love.
My biggest issue with this book had to do with how slow it starts off. I was 50% into this book before it picked up and started to get interesting. There's no plot to the first half of the book, no sense of where it is going. It's just an internal dialogue of Nirrim, and while I understand to an extent why she wrote it like this now that I've finished, I wanted to DNF this book so much at first. I will say that the plot gets much more coherent towards the end of the novel, but still. It's for that reason that TML was a "just okay" as opposed to a 5 star read for me.
Read more
2 people found this helpful
Helpful
Comment Report abuse
See all reviews from the United States