The Fallacy of Fine-Tuning and millions of other books are available for Amazon Kindle. Learn more 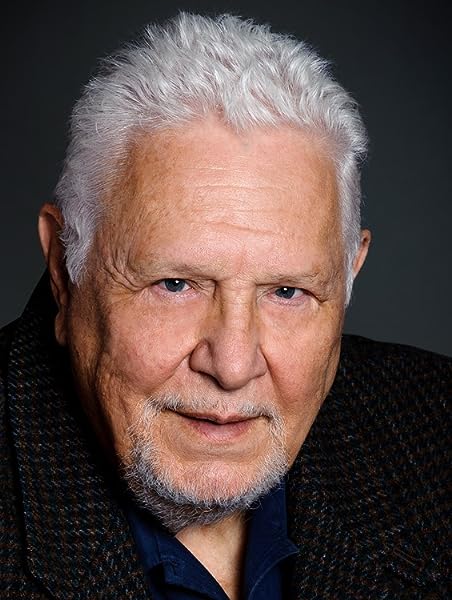 The Fallacy of Fine-Tuning: Why the Universe Is Not Designed for Us Hardcover – April 26, 2011

by Victor J. Stenger (Author)
4.0 out of 5 stars 69 ratings
See all formats and editions
Sorry, there was a problem loading this page. Try again.
Read more Read less
Previous page
Next page

"I learned an enormous amount from this splendid book."
-Richard Dawkins, author of the New York Times best-seller The God Delusion

"Marshalling converging arguments from physics, astronomy, biology, and philosophy, Stenger has delivered a masterful blow in defense of reason. God: The Failed Hypothesis is a potent, readable, and well-timed assault upon religious delusion. It should be widely read."
-Sam Harris, author of the New York Times bestsellers, The End of Faith and Letter to a Christian Nation

"Extremely tough and impressive...a great book...a huge addition to the arsenal of argument."
-Christopher Hitchens, author of the New York Times bestseller God Is Not Great

Victor J. Stenger (1935 - 2014) was an adjunct professor of philosophy at the University of Colorado and emeritus professor of physics and astronomy at the University of Hawaii. He was the author of the New York Times bestseller God: The Failed Hypothesis, God and the Atom, God and the Folly of Faith, The Comprehensible Cosmos, and many other books.
Start reading The Fallacy of Fine-Tuning on your Kindle in under a minute.

4.0 out of 5 stars
4 out of 5
69 global ratings
How are ratings calculated?
To calculate the overall star rating and percentage breakdown by star, we don’t use a simple average. Instead, our system considers things like how recent a review is and if the reviewer bought the item on Amazon. It also analyzes reviews to verify trustworthiness.
Top reviews

Phoenix9
4.0 out of 5 stars Good For It's Target Audience But Not For Everyone
Reviewed in the United States on November 25, 2016
Verified Purchase
"In The Fallacy Of Fine-Tuning" Stenger brilliant demolishes the argument from design and fine-tuning. A physicist by trade, Stenger put his knowledge to work in attempting to answer the big questions of the universes origins and true nature.

The book is articulated well with it's share of humor and analogies (so laymen can understand). However there is some unavoidable technical scientific stuff so it's not the easist read. The book is likely his most technical book in recent years. You will likely, unless your come from a scientific background, skip over some things or accept them without complete understanding. But Stenger does well enough in his articulation that you likely should be able to make it through.

Unlike his other books however this is much more specific on it's topic and contain less overlapping with his other books (which he is known for doing). The book also is a bit to digest (as our most if not all of his books). He goes all out and leaves few if any stones unturned. Also the technical bent can be annoying to those who prefer more mainstream, popular books.

I would recommend that you check out some of his other books especially "God The Failed Hypothesis" as together they make for a much more complete argument on the existence of a higher power. Also I would recommend some other atheist books such as "The God Delusion" (Dawkins), "Th End of Faith" (Harris) & "Godless" (Barker). Their more mainstream, easier to read and better for the average reader.

At the end of the day I found Stenger's books the most helpful in helping me form my own beliefs about the existence of a higher power. His books take more time and dedication than his colleagues but he's much more in depth and complete in his arguments in analysis. For me figuring out what I wanted to believe (and thus how I was going to live my life given what I believe) was important. So the time and energy I took in reading and digesting Stengers material was worth it and you may want to do the same.

That being said the book is not for everybody. If you don't care too much to learn, or are already sastified with your current knowledge, about the fine tuning argument, and see why the argument comes up short, then the book is not for you. But again if you do care and what the complete picture before you make your decision on what you believe then definitely hear Stenger out in this book and his others.

Glenn Chambers
4.0 out of 5 stars The equations can now be expanded for easier viewing
Reviewed in the United States on October 17, 2016
Verified Purchase
Either they fixed the problem with equations not being expandable, or the reviewer who complained wasn't patient enough. Expanding them is a little tricky, but I succeeded with almost all of them. You have to touch the equation itself for just the right amount of time, then tap on the plus sign in the circle. Getting "just the right amount of time" is what makes it tricky.
My objective in reading this book was to find out what the fine-tuning discussion is about. Explaining the supposedly finely tuned parameters required a lot of explanation of modern physics along the way; I thought Stenger did that rather well. I also found his arguments to be pretty clear and easy to follow. I did not agree with all of them.
His use of equations helped with the explanations but I think one could follow his reasoning even glossing over the equations. Frankly, I did some of that myself.
However, Stenger uses Planck units to express the equations of physics without five of the fundamental constants (the speed of light in vacuum and four others). He concludes from this that those constants cannot be finely tuned because they don’t even appear. This conclusion is just plain wrong. Speeds, for example, when expressed in Planck units, are given as dimensionless fractions of the speed of light in a vacuum. But it is the relative values of speeds that matter, not the units in which they are measured. If the speed of sound in air (1100 ft/sec or 0.00000112 in dimensionless Planck units) were close to the speed of light, the universe would be very different! The same observation holds for phenomena whose measurements expressed in terms of the gravitational constant, the reduced Planck constant, the Coulomb constant, or the Boltzmann constant. That is, those constants are not removed by using Planck units, they are merely implicit instead of explicit. That said, this is only one of his major arguments.
Read more
6 people found this helpful
Helpful
Report abuse
See all reviews

Post enlightenment
5.0 out of 5 stars Comprehensive debunking of fine tuning arguments.
Reviewed in the United Kingdom on March 6, 2015
Verified Purchase
The last refuge of natural theology is the deduction called the fine tuning argument based on the observed values of certain physical constants. It is alleged that these constants have so little room for change before life becomes impossible that they must have been set (fine tuned) by God when s/he created the universe in order for life (specifically human life) to come to pass. Those who make this claim and deduction are rarely physicists and are clearly motivated by desire for some evidence to back up their belief. Well it turns out under properly informed scrutiny that there has been no fine tuning. All such physical constants are either not set to a particular value except by convention, are the result of standard physical law or can be varied over two orders of magnitude whilst allowing chemistry and biology to emerge. The majority of randomly selected combinations of the fundamental constants are compatible with life. Farewell fine tuning.
Read more
One person found this helpful
Report abuse

Noddie
3.0 out of 5 stars Hard going
Reviewed in the United Kingdom on January 6, 2014
Verified Purchase
This is not a read for the faint-hearted! You've seen those TV shows featuring mathematical geniuses with chalkboards filled with mathematical formulae? - well, be prepared. But having said that, if you can accept as read the maths that you probably (if you're like me) ill-equipped to follow, Victor does a thorough job of demolishing every variety of the fine tuning argument. That may help reinforce your position if you're already an unbeliever but will probably not equip you to argue the case with a well-briefed believer unless you are really good at turning sophisticated mathematical expressions into plain language. I could wish that Victor had achieved that, but I don't think he has.
Read more
Report abuse

Ben Donnelly
4.0 out of 5 stars Not for the mathematically faint hearted, but all the more rewarding for it.
Reviewed in the United Kingdom on March 24, 2013
Verified Purchase
If you can follow all of the mathematics behind the arguments, you probably know enough not to be blown away by them, but if, like me, it's a bit of a struggle for you to keep up, there's a massive temptation to either take the author's word, or to write it off as misdirection, depending your stance at the beginning of the book. On the other hand, if you bear with it, you just might see the substance behind a very strong case for a universe that need not explain itself.
Read more
One person found this helpful
Report abuse

David Avery
5.0 out of 5 stars Gods? Bah!
Reviewed in the United Kingdom on July 28, 2013
Verified Purchase
A brilliant summary of modern physics and Bayesian logic that pretty well proves that fine tuning concepts are immature and in summary: stop believing in silly gods!
Read more
One person found this helpful
Report abuse
See all reviews

Page 1 of 1 Start overPage 1 of 1
Previous page
Next page
Pages with related products. See and discover other items: the universe of physics books
Back to top
Get to Know Us
Make Money with Us
Amazon Payment Products
Let Us Help You
EnglishChoose a language for shopping. United StatesChoose a country/region for shopping.
© 1996-2021, Amazon.com, Inc. or its affiliates