Fallen Angel (A Raines & Shaw Thriller Book 1) and millions of other books are available for Amazon Kindle. Learn more 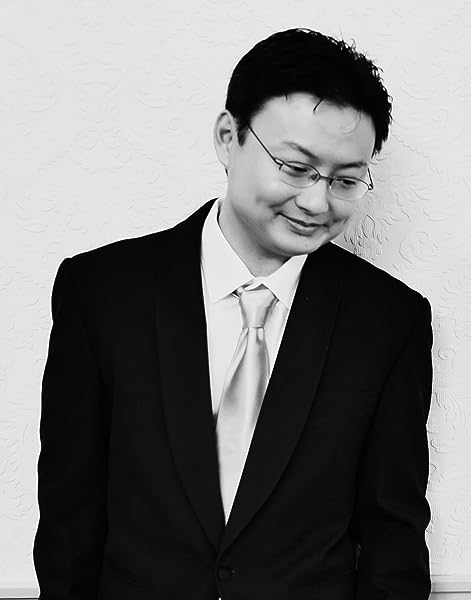 "The Butterfly Garden" by Dot Hutchison
Near an isolated mansion lies a beautiful garden. In this garden grow luscious flowers, shady trees…and a collection of precious “butterflies”—young women who have been kidnapped and intricately tattooed to resemble their namesakes. | Learn more


★★★★★ 'An engaging thriller that investigates the psychology of fanaticism.'
--San Francisco Book Review


★★★★★ 'Bullet-whizzing, knife-slicing action. The surveillance techniques and intelligence analysis bring it to life.'
--The Star


★★★★★ 'A fair and balanced account of what's really shaping the Islamic world today.'
--The Malaysian Insider


★★★★★ 'Fight scenes that play out through the pages like a ballet of words.'
--Write Today

John Ling is the author of international thrillers that have appeared on the USA Today and Amazon bestseller lists.
He was born and raised in Malaysia. He now lives in New Zealand. His exotic cultural background, straddling East and West, informs his storytelling.

You can find out more about him and his work at johnling.net
Start reading Fallen Angel (A Raines & Shaw Thriller Book 1) on your Kindle in under a minute.

4.2 out of 5 stars
4.2 out of 5
273 global ratings
How are ratings calculated?
To calculate the overall star rating and percentage breakdown by star, we don’t use a simple average. Instead, our system considers things like how recent a review is and if the reviewer bought the item on Amazon. It also analyzes reviews to verify trustworthiness.
Top reviews

Israel DrazinTop Contributor: Children's Books
TOP 500 REVIEWERVINE VOICE
5.0 out of 5 stars John Ling showed me again that he is better thanJohn le Carre
Reviewed in the United States on October 13, 2015
Verified Purchase
This is the second John Ling book that I read. I read the second one because I was so impressed with the first. Just like the first book that I read, The Blasphemer, Fallen Angel starts out with a bang, an explosion, and captures and holds our interest with no-let-up action. John Ling expertly and tantalizingly lets out information piecemeal, in a teasing manner, just when we need to know it. His sentences are short and terse. His chapters are brief and filled with drama and suspense. I read this hard to put down book in a day.

The principal character in this drama is Kendra, a former spy, a pretty young woman who was traumatized by the war in Iraq and the killings, a war she participated in and in which she also killed people. She, a non-Muslim, has also not gotten over the break up that she had with a man she loved and still loves, a Muslim man, Ryan. Ten years have now passed and she is in therapy, no longer part of the special spy agency with which she was previously involved. Sitting drinking coffee in Aukland, New Zealand she sees Ryan drive by and starts to follow him. As she does so, she discovers that three men are following Ryan, men with guns. So starts the drama that ends in many deaths, with cover-ups, and much more.

All in all this is a really good well-written engrossing story, which develops at just the right pace with suspense; and the plot, characters, and the way they act are interesting. In addition, John Ling spices his story with fascinating information about spying, the volatile psychology of various criminals, good and bad Muslims, and much more. John Ling has outrun John le Carre by a literary mile. I will read others.
Read more
51 people found this helpful
Helpful
Report abuse

Liz ZélandaisTop Contributor: Makeup
TOP 1000 REVIEWER
5.0 out of 5 stars Fast action, quick read--or maybe it was quick because I couldn't put it down
Reviewed in the United States on February 21, 2019
Verified Purchase
Kendra Shaw gets about 30 seconds with her coffee in the opening of Fallen Angel, and then all hebredon breaks loose, and that's pretty much it for her down time until the final pages. The pace is fast and action-packed, and at times I resented John Ling's engaging-nigh-unto-hypnotic style because I couldn't put the book down, and my to-do list was shot for the day.

I've never been an operative, so perhaps Ling is making stuff up (hey, it's fiction!), but the way he interweaves the tools, the weapons, and the moves gives the impression that he's either lived this or he's done some great research. It feels authentic throughout, and in the moments when Kendra was having to slow her breathing and lower her pulse, so was I.

My one little complaint--which would bring this down to 4-1/2 stars if I could give half stars--is that Ling offers close to zero physical description of the characters. I could make them up in my head, and maybe that's his intention, but I'd like to have at least a couple clues going in about general appearance. His other descriptions are clear and crisp, but the characters remain faceless. (If you have found my review helpful, I'd really appreciate if you would click the "Helpful" button. Thanks so much for reading! Liz)
Read more
4 people found this helpful
Helpful
Report abuse

Bookworm Sandy
4.0 out of 5 stars Terror Comes to New Zealand
Reviewed in the United States on September 10, 2016
Verified Purchase
Kendra Shaw was a counter-terror operative for New Zealand's Section One until suffering a nervous breakdown after a failed mission. Now suspended from duty and undergoing psychiatric treatment back home, she is relaxing at a street cafe in downtown Auckland. When she thinks she sees Ryan Hosseini, the man she once loved and lost, she follows him to see if it's really him and not a hallucination. Then she notices he is being followed by what can only be other spies!

Within moments, Kendra finds herself caught in the middle of a terrorist conspiracy that can affect the intelligence services of not only New Zealand, but its allies around the world, including the United States. Working with the only two people she truly trusts, retired agent Jim Braddock and former fellow agent Adam Larsen, Kendra sets off to find out how Ryan is involved in this black op and has he become the enemy.

This was a very well-plotted and fast-paced read. I was surprised to learn how active New Zealand is in global intelligence. The only minor quibble I have is that the story ended somewhat abruptly as soon as all the ends were tied up. I definitely want to learn more of the back stories of all the main characters. As this is Book 1 of a series, I am hopefully optimistic that John Ling will deliver these in his upcoming books. In the meantime, enjoy this entry in the thriller genre.
Read more
5 people found this helpful
Helpful
Report abuse

Avid reader
5.0 out of 5 stars Never give up!
Reviewed in the United States on June 1, 2019
Verified Purchase
I like new heroes,in this case a heroine. Kendra Shaw may be a washed up spy but all her training returns when she sees her ex fiancee years later and sees he is being trailed.From there she and her ex boss and an ally help to stop a major bombing. If you like mystery and intrigue John Ling presents this in this book. Buy this book now
Read more
Helpful
Report abuse

Bernie
5.0 out of 5 stars Fast pace
Reviewed in the United States on December 19, 2019
Verified Purchase
It was a fast paced action book with a strong female character with flaws. Always good to read a character that's not perfect. You don't see too many female leads that's for sure. I look forward to reading the second book.
Read more
Helpful
Report abuse

jrc
3.0 out of 5 stars Give me a full book
Reviewed in the United States on September 13, 2018
Verified Purchase
I don't care how much the book costs. Just give me a full one. 20% is an excerpt of the next book in the series. Nope. The story itself is not bad. I like the idea of a female bad ass, but over all will probably not entice me into reading further.
Read more
Helpful
Report abuse

Barbara H
4.0 out of 5 stars Quick paced
Reviewed in the United States on September 5, 2016
Verified Purchase
I enjoyed meeting Kendra and the action in the book was fast and explosive. Kendra was recovering from a bad ops overseas when she sees an old flame walking by. When she decides to approach him she realizes he is being tailed. What follows is a very good Espionage story with explosions, kidnapping and some great shooting. I loved reading about the "spy" equipment used. Will read more of John Ling's books!
Read more
One person found this helpful
Helpful
Report abuse

Patricia A Kennedy
1.0 out of 5 stars DID NOT LIKE BOOK
Reviewed in the United States on October 29, 2018
Verified Purchase
NOT A BOOK THAT I WOULD LIKE FOR OTHERS TO READ,BUT I WILL NOT BUY FROM THAT AUTHOR AGAIN SORRY.
Read more
One person found this helpful
Helpful
Report abuse
See all reviews

G L Clay
5.0 out of 5 stars FALLEN ANGEL by John Ling
Reviewed in the United Kingdom on February 25, 2019
Verified Purchase
A well written action packed thriller which I thoroughly enjoyed. After spending months recovering from a failed mission Kendra Shaw spots a face from the past. She finds herself involved once again in hunting down terrorists before they can find and kill her.
Worth reading.
Read more
One person found this helpful
Report abuse

xxdottydeexx
5.0 out of 5 stars Review of fallen angels
Reviewed in the United Kingdom on September 5, 2016
Verified Purchase
Okay ,well it was nice to get the story behind kendra our star of the book ,good to see that it explained some of the awful things that happen in war ,the mental issues and scars that no-one can see .Good to see she could stand up and fight back for her sanity and for love ,to see her friends stand by her and good to shine true x I enjoyed the authors writing and storyline as it went straight for the jugular and no messing about .I will be looking for more books by this author to read.
Read more
Report abuse

David Titco56
4.0 out of 5 stars Worth a look a good read.
Reviewed in the United Kingdom on March 4, 2019
Verified Purchase
Fallen Angel a good read, kept me wanting to finish to see the END of the plot. I'm in the middle of the four book series. I would recommend all four books, they really are a good read.
Read more
Report abuse

Yorkie69
5.0 out of 5 stars I love this guy.
Reviewed in the United Kingdom on January 30, 2018
Verified Purchase
I read Rebellion and this was suggested to me by the author. A very good, exciting read then a teaser for the next book where we meet Maya Raines again. Of course I will purchase it ! Read it. You won't be disappointed......
Read more
Report abuse

Amazon Customer
3.0 out of 5 stars Three Stars
Reviewed in the United Kingdom on November 8, 2014
Verified Purchase
Similar plot to many of the Baldacci books, Camel Club as an example
Read more
Report abuse
See all reviews
Back to top
Get to Know Us
Make Money with Us
Amazon Payment Products
Let Us Help You
EnglishChoose a language for shopping. United StatesChoose a country/region for shopping.
© 1996-2021, Amazon.com, Inc. or its affiliates