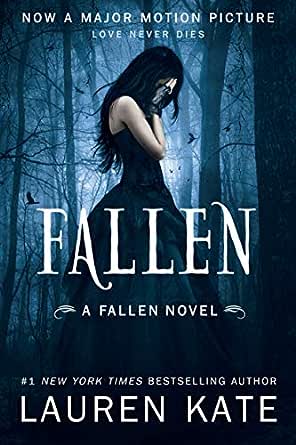 You've subscribed to Fallen! We will preorder your items within 24 hours of when they become available. When new books are released, we'll charge your default payment method for the lowest price available during the pre-order period.
Update your device or payment method, cancel individual pre-orders or your subscription at
Your Memberships & Subscriptions 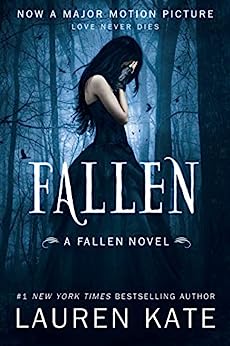 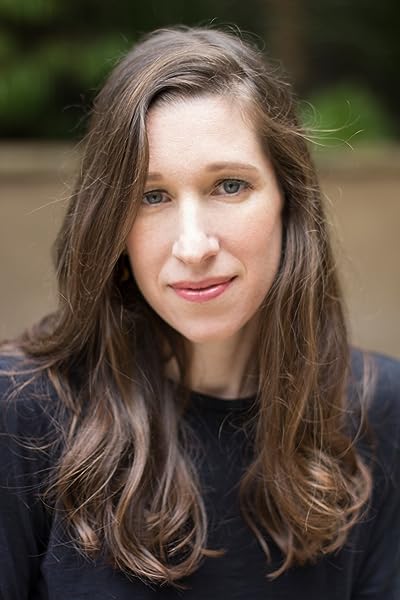 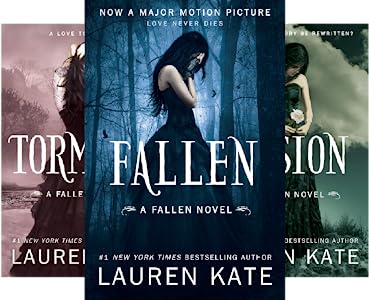 Fallen angels sure seem poised to become the new vampires, with a similarly ideal blend of brooding mystery and sexy rebellion. After a fiery accident kills a boy she is crushing on, Luce gets sent to a reform school populated, most notably, by two gorgeous fellas, Daniel and Cam. Cam is safe and charming and eager to win Luce’s affections, while Daniel operates somewhere between aloof and downright hostile toward her. Readers will figure out Luce and Daniel’s star-crossed-lovers angle early on, making the hints dropped throughout about past lives and dangerous fates more obvious than compelling. Although there’s not enough story to justify the length of this series opener, readers who stick with it get rewarded with a climactic payoff that far exceeds the buildup. The final pages’ flurry of delicious information about what’s really going on with the cadre of angels and demons will likely leave readers more intrigued by what’s next than invested in what just happened. Perhaps the sequel will contain an explanation of what these immortal types are doing at a reform school in the first place. Grades 9-12. --Ian Chipman --This text refers to an out of print or unavailable edition of this title.

LAUREN KATE is the internationally bestselling author of the Teardrop series, the Fallen novels: Fallen, Torment, Passion, Rapture, and Fallen in Love, and The Betrayal of Natalie Hargrove. Her books have been translated into more than 30 languages. She lives in Los Angeles with her husband. Visit her online at LaurenKateBooks.net.

Grade 8 Up—Luce must spend her senior year at reform school after her boyfriend dies in a mysterious fire. She suspects that the dark shadows that have tormented her all her life had something to do with it. When she meets supernaturally gorgeous Daniel, she feels a familiar longing, making her believe they have met before. Although Cam is clearly interested in her, Luce only wants Daniel, who runs both hot and cold. He tries to keep Luce at a distance, telling her that the truth would kill her as it has many times before. The first chapter is gripping and foreshadows the supernatural elements to come. The plot revolves around lovers who find one another, only to lose one another over and over again in a story that spans centuries. Instead of vampires, though, these are fallen angels. Many elements are not resolved, such as the cause of the fire and why angels are at this school. Still, fans of supernatural romance will be lining up for this book despite its flaws, and begging for a sequel.—Kris Hickey, Columbus Metropolitan Library, OH
Copyright © Reed Business Information, a division of Reed Elsevier Inc. All rights reserved. --This text refers to an out of print or unavailable edition of this title.

PRAISE FOR FALLEN, THE BESTSELLING SERIES BY LAUREN KATE

“Bloodsuckers are about to have some competition for the hearts of YA readers.”
—The Daily Beast

“This emotional roller coaster will have you turning the pages nonstop!”
—Seventeen.com

“This series has delivered glorious settings, fast-paced action and a love that transcends death.”
—Justine magazine

“This epic romance is a perfect blend of mystery, intrigue, and celestial imagery with a beautiful, bittersweet ending.”
—SLJ

“Twilight-style success could be in the cards for the fallen-angel saga.”
—The Bookseller

“Compellingly readable . . . readers will be hooked on Luce’s story.”
—VOYA

“The Southern Gothic atmosphere . . . is so well crafted that readers can easily picture Luce walking among the marshes and crumbling buildings.”
—Kirkus Reviews

Justine Eyre captures Luce's fragile emotional state as she enters the gates of the Sword and Cross Reform School. What follows is an atmospheric romance as Luce confronts the fascinatingly familiar Daniel Grigori and the mystery he represents. Eyre fully expresses the haunting quality of this story. Luce's pain and uncertainty are rendered in a believable depiction of teenage love. Distinct voices for each of the reform school students make for a rich cast of characters. Indeed, Eyre's deft characterizations help preserve their identities until the final chapters. However, Luce's secrets are too easy to figure out. The linear plot won't entrance listeners as much as the supernatural romance. For those who believe in destiny, Eyre's performance is on the mark. C.A. © AudioFile 2010, Portland, Maine --This text refers to an alternate kindle_edition edition.
Read more