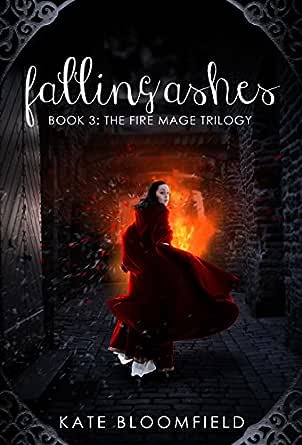 You've subscribed to The Fire Mage Trilogy! We will preorder your items within 24 hours of when they become available. When new books are released, we'll charge your default payment method for the lowest price available during the pre-order period.
Update your device or payment method, cancel individual pre-orders or your subscription at
Your Memberships & Subscriptions
There was an error. We were unable to process your subscription due to an error. Please refresh and try again. 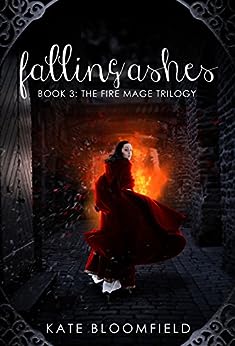 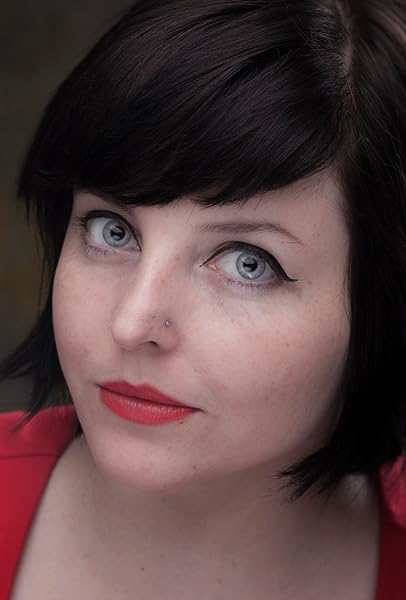 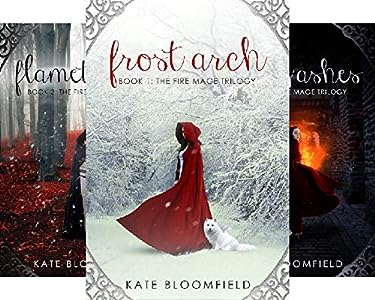 4.3 out of 5 stars
4.3 out of 5
48 global ratings
How are ratings calculated?
To calculate the overall star rating and percentage breakdown by star, we don’t use a simple average. Instead, our system considers things like how recent a review is and if the reviewer bought the item on Amazon. It also analyzes reviews to verify trustworthiness.
Top reviews

I can't believe this is the end of Avalons story! a great trilogy and one that I enjoyed reading over to refresh my memory and prep for this last instalment.

This book starts fantastically, and progresses to get better and better, and then at the end BAM, it's over, no closure for half of the characters and the other half are rendered moot. very anti-climatic

what happened to Martinez? he got his memory back and disappeared. What happened to the Slave trade, yes they blew up the main building, but the slave trade is WORLD WIDE as pointed out so many times, who went on the mission to destroy that?

What happened at the Manor, the Head of the manor collected old human items, which was obviously taboo (otherwise why be locked up) and he just pops back into the series at the end and disappears again.

What happened to the Seth Swaggart? he was following Ava doomsaying and then disappears. His story felt like it was going to go somewhere with Ava, but never eventuated.

Camryn is pregnant, but to who? What happened to Dagon?

So many characters got brough into this series and then petered away into nothing, and some of their stories were brought up as if important, then dismissed. I really felt that it was uneccissary to provide background/personal stories on characters (like the asassin) that in the end were unimportant. Like saying that Ava had to die for everyone to win. She doesn't die and there's no uproar, but they win after killing only two more guards (and what happened to Ethel?)

There were also a few discrepencies from the first two books. 'Time pieces' started being called 'clocks' and Ava asked for her friends to stop arguing and treat each other like human beings. But Humans are treated badly in this series- so that doesn't work.

but enough of whinging!
I loved the premise of this book, the freeing of humans and how each book had a slightly seperate issue to face for Ava and Jack. And written in the kind of way that at the end of each chapter, you just have to read the next little bit!

Bluereadergal
5.0 out of 5 stars My review
Reviewed in the United States on March 18, 2013
Verified Purchase
My Review
I loved the last installment of this series! It was great to see what Avalon goes through towards the end of her amazing journey. Avalon is quite a character.

There are some great new characters mentioned and quite a few surprises as well! The new characters I took a liking to some of them. I like how the author came up with different characters in the book that have different abilities. It kind of has a clash of Xmen and magic. That what comes to my mind when I read these series. As for the surprises, you'll have to read about it! I'll give you one hint thought: Hawthorne!

The adventure that Avalon goes on this time around is quite a whirlwind! She has her ups and downs in the book which I loved. I enjoyed reading the emotions that came out from the book. Besides Avalon dealing with emotions, it was nice to see Jack's emotions as well. Hurt, jealousy, laughter, worried some, anger all played a part in this book! I loved how Avalon's father played such a great part in this book too.

Action is never ending in this book. There is always something happening. I loved how I could keep up with the action in the book on the matters of taking down the government who is doing awful things to humans. It's a powerful read!

The ending of Avalon and Jack's future was quite nice to see. It was cute! It wasn't what I was expecting to read in this last book. Thanks to Kate for that!
Read more
One person found this helpful
Helpful
Comment Report abuse

MartysReads
4.0 out of 5 stars Grand Finale
Reviewed in the United States on March 18, 2013
Verified Purchase
Rumor in the Kingdom is spreading... "human rights rebels are threatening to Mage-kind"...And the "leader" of the rebellion has a huge bounty on her head -- but how did Avalon get accused of leading the rebellion? Will the bounty on her head make her a vegabond? And, most importantly, now that she is accused of it, will she consider the mantle? Can she be worthy of the accusation? Can she live up to it and guide the revolution? Meet new characters whose mage abilities span a whole new imaginative realm and revisit past characters as the conflict heads right into Kingdom Headquarters.
Read more
One person found this helpful
Helpful
Comment Report abuse

kajoiner
3.0 out of 5 stars spoilers
Reviewed in the United States on October 12, 2013
Verified Purchase
I liked the concept of the books but they all have lots of spelling, grammar and major plot issues. This book especially felt off and like the author tried to close the book too quickly. There was a prophecy injected at the end that didn't come true yet the ending was as expected in the prophecy? And in what world does 200 people fighting make a war? One battle by said 200 people and suddenly the government is toppled?

I would still say read it, but expect it not to all make sense in the end.
Read more
Helpful
Comment Report abuse

Kindle Customer
5.0 out of 5 stars Great story! I like how the series progressed
Reviewed in the United States on September 4, 2016
Verified Purchase
While in the first story Avalon is a bit self centered, she matures as the series progresses and as her worldview expands during her travels and experiences. While we do see the terrible consequences of battle, as some people die, we also see it is truly worth standing up for what is right and the equality of all people. People should be judged on their actions and not prejudicially.
Read more
Helpful
Comment Report abuse

Pamela Steele
5.0 out of 5 stars Definitely worth reading!
Reviewed in the United States on May 9, 2015
Verified Purchase
This trilogy was my introduction to Kate Bloomfield's work. As first impressions go, I had trouble putting these books down. The story moves quickly without rushing. The characters are interesting and their development and relationships make for a great read. You can be sure this is not the last book I will read by this author. I absolutely, thoroughly enjoyed every word.
Read more
Helpful
Comment Report abuse

Glow Diaz
5.0 out of 5 stars Exquisite finish to the Fire Mage Trilogy
Reviewed in the United States on February 24, 2013
Verified Purchase
I loved this series top to bottom, is a lovely journey that will make you laugh, hate and cry all the way through. I don't want to spoil anyone but the only thing that I would have added was the ending stories from the other characters. Even though is a book that gives you the sense of a real ending and doesn't leave you wandering of what did happen to this main characters and to their goal.
Read more
One person found this helpful
Helpful
Comment Report abuse

Shannon K
3.0 out of 5 stars pretty good series
Reviewed in the United States on March 4, 2013
Verified Purchase
I was so looking forward to the rest of the series. I did enjoy the books, but I felt that this last book was a bit rushed. I still have a lot of questions about Jack & Avalon and how the rebellion turned out. I think it would be fun to see some more prequels or sequel type stuff about this world.
Read more
One person found this helpful
Helpful
Comment Report abuse
See all reviews

Sarah Spencer
3.0 out of 5 stars Falling Ashes (Book 3: The Fire Mage Trilogy)
Reviewed in the United Kingdom on February 9, 2014
Verified Purchase
the last in the trilogy. I liked the progression of the story and how it all plays out at the end but there were a few unanswered questions regarding certain characters and what happened to them right at the end.