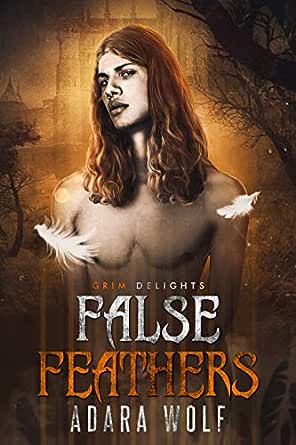 You've subscribed to Grim and Sinister Delights! We will preorder your items within 24 hours of when they become available. When new books are released, we'll charge your default payment method for the lowest price available during the pre-order period.
Update your device or payment method, cancel individual pre-orders or your subscription at
Your Memberships & Subscriptions
There was an error. We were unable to process your subscription due to an error. Please refresh and try again. 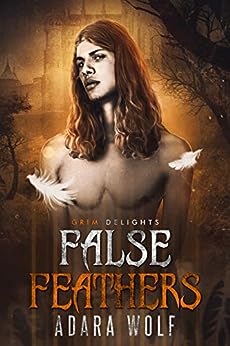 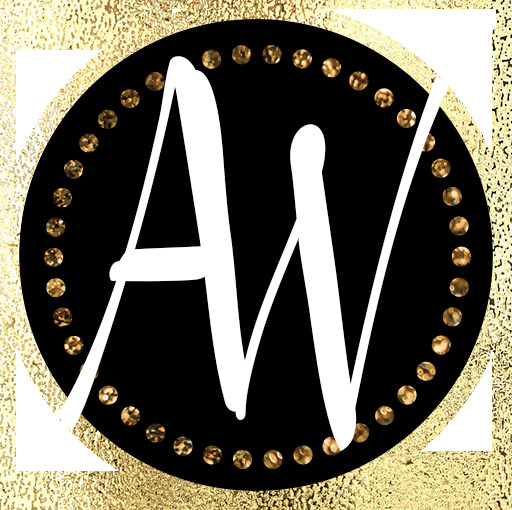 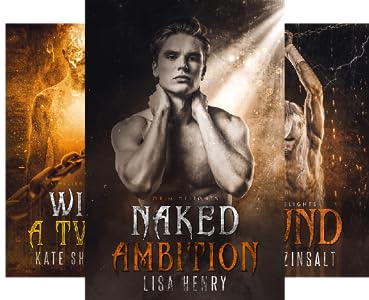 Ana
4.0 out of 5 stars Amazing book. Dark and beautiful
Reviewed in the United States on October 18, 2020
Verified Purchase
I really liked this book. I had a great time reading it, but there were a few things that didn't allow me to love it as I thought I would.

It had all the kind of things I love to read in a dark story, and done so beautifully that I was very captivated by some parts of the book. It also have some I'm not particularly comfortable with, but not in an amount it make the read less likable.

About the characters, I found Aiden fascinating. It was fantastic how unlikable he was and yet he had such amazing redeeming elements, that make me end up falling in love with such an spoiled brat. It was so easy to get in touch with his emotions. I had so much fun reading some scenes with him being bratty. Others characters, even though interesting, weren't as remarcable as Aiden was.

The issue I had, mostly, was the lack of romance. I know it was a dark read, and that part I absolutely love. If that was my only expectation, this book would be everything I could hope for. But it wasn't, because I was hoping for a little more romance, and it might not be complitely absent, but I struggle to find believable emotions between the ones who were supposed to be in love. It is mention in the book and it make sense, but it was still something I was expecting, maybe because of the fairytale theme of the series.

Regardless of my issues, it was an amazing read. I would't hesitate on recomended it to readers who are into dark theme books. Beware the warnings.
Read more
Helpful
Comment Report abuse

L.D.
VINE VOICE
4.0 out of 5 stars Dark, Twisted, and, Delicious
Reviewed in the United States on October 12, 2020
Verified Purchase
False Feathers is part of the Grim and Sinister Delights series, a series based on the darker elements of classic fairytales written by different authors. Each book is standalone and can be read independent of each other. False Feathers is based on the Goose Girl story, and oh my, Adara Wolf does an amazing job capturing the structure and essence of that story but also infusing it with a level of glitzy darkness that is both disturbing and fascinating.

Aiden has known for his entire life that he is destined to be a trophy husband. But his domineering, cold mother has kept secrets from him that have thrown everything he knows upside down. Now he finds himself trying to survive within the fae realm, a place where cruelty is as common and expected as breathing.

Denise
5.0 out of 5 stars WOW
Reviewed in the United States on October 6, 2020
Verified Purchase
what a great read I never read the original Fairy Tail for this story it was on the dark side just like it warns you on. there is a happy as happily ever after. this author was new to me and I'll be reading more of their stories. Just from reading this one. even though it was on the darker side it still was a fast read for me I just could not put the book down.
Read more
One person found this helpful
Helpful
Comment Report abuse

Lisa L Teetz
5.0 out of 5 stars I really enjoyed this!
Reviewed in the United States on October 4, 2020
This was so great, but read the blurb and heed the warnings. This is exactly what it says...a dark, kinky retelling of a fairy tale! I enjoyed every bit of it from the magic, to the dark and kinky, to the somewhat classic fairy tale ending. Adara Wolf is a great writer and her books just flow for me so well. Buried under the magic of the faery realm, and the torture poor Aiden endured, and the twists and turns along the way, is a story about redemption. Aiden grew a lot in this book from a spoiled, brat to someone who learned the value of treating others with kindness and not always putting himself first and this paid off for him in the end. As is the case for most fairy tales, this is not all doom and gloom and does have a "happy" ending. If the trigger warnings don't bother you, give this book a go, it was great!
Read more
One person found this helpful
Helpful
Comment Report abuse

Danielle Alana Pernell
VINE VOICE
4.0 out of 5 stars If you know the story of the goose girl don't read this review
Reviewed in the United States on October 10, 2020
However, if you don't know the story of the goose girl then aren't you in for a treat because this book follows the fairytale to a T. The only difference being it's a dude instead of a princess and there's fae and a lot of non consensual sex. It's also a lot darker but this is Adara Wolf were talking about so what do you really expect?

I really enjoyed Aidan's character. I liked how he didn't necessarily change so much as coming to his own being despite everything that happened to him. I also found it really hard to have any sympathy for Owen. Yes his life is unfair and terrible but his cruelty knows no bounds. Also if he's so familiar with Fae and their logic than he had to know what was going to happen eventually. I'm not saying it's right and none of these characters are particularly good people but logic of the book dictates you weren't going to get away with it my guy.

Anyways I did really like the story. Especially that final chapter. It was oh so sweet (something I never thought I'd say about an Adara Wolf book) and the perfect wrap up. I even liked the epilogue which is rare. That's all I can really say without giving the book away because I know how Adara Wolf fans feel about spoilers and again it's a fairytale. As Long as you follow that logic and steer towards the darker side you pretty much know what's going to go down.

The only thing that kind of got me, and admittedly it's a petty one, is I really didn't expect this to follow the original fairy tale so closely. Who knew the teasers were all from the first 30% of the book. Based off everything I know about this series and this author, the book could have gotten several ways. Many of which I think would have been a bit more interesting while still taking inspiration from the source material and ending on a HEA. That's part of the fun of retailing right? A different interpretation, not a almost direct replica. I'm not saying this is a bad retelling or even a bad book (far from it). But because it didn't quite feel like a retelling it kind of left me...wanting. For what I don't know but not sure how else to describe this feeling.

Anyways, 4 stars because I still enjoyed it and the geese were cute.
Read more
Helpful
Comment Report abuse
See all reviews