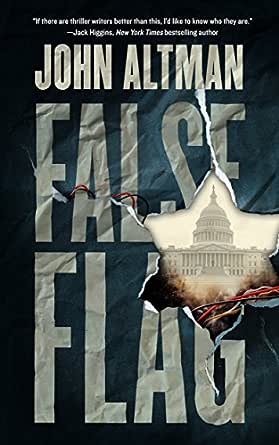 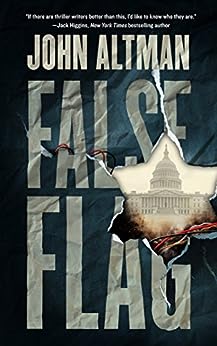 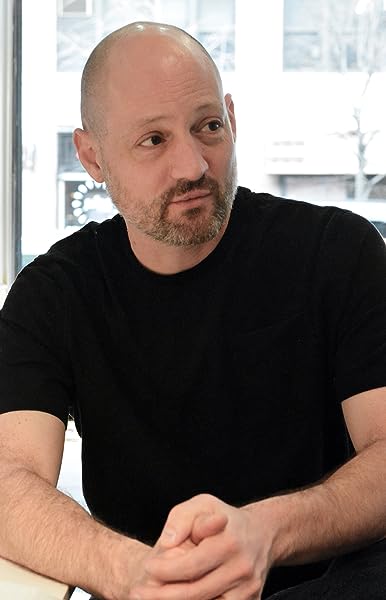 ''False Flag is a wondrously complex thriller that enthralls without confounding, while serving up a stellar plot perfectly suited for our roiled, conflicted times. John Altman ably enters the world of radical terrorism on American soil, as well as, and maybe even better than, Nelson DeMille and the late great Vince Flynn. Altman adds a twist to this savory subject that will challenge our sensibilities and is sure to carve out a place for False Flag within the top tier of high-stakes thrillers where it belongs. Chillingly prescient and masterfully structured.'' --Jon Land, USA Today bestselling author

''With complex characters possessed of hard edges, this intelligent and delectable story is sophisticated, razor-sharp, and definitely one for your keeper shelf.'' --Steve Berry, New York Times bestselling author

''If there are thriller writers better than this, I'd like to know who they are.'' --Jack Higgins, New York Times bestselling author

''Altman's captivating thriller masterfully examines morality in a time of upheaval, joining the ranks of Vince Flynn and David Baldacci with his engrossing and contemplative spy thriller.'' --Foreword Reviews

''A compelling thriller awash in the ambiguity of international politics, and it pairs nicely with Alex Berenson's similar Twelve Days.'' --Booklist

''There's plenty of action and intrigue to keep anyone who enjoys a good thriller turning the pages.'' --Chicago Jewish Star

''(Audiobook Narrator) Edoardo Ballerini is, as always, a pleasure to listen to, even adroitly handling the minimal Hebrew.'' --Library Journal (audio review)

''With all of its complexity, the book still adds up to a good old fashioned who-gets-there-first novel.'' --Portland Book Review --This text refers to an alternate kindle_edition edition.

John Altman's debut novel,A Gathering of Spies, came out in 2000. Since then, Altman has brought to life international intrigue from the early days of World War II through Eisenhower's postwar America to the Code Orange Age of the ''War Against Terror,'' and his Disposable Asset takes place against the backdrop of ongoing brinksmanship with Putin's Russia. In addition to writing fiction, Altman has worked as a teacher, musician, and freelance writer. His thrillers have sold over a quarter-million copies in the United States, the United Kingdom, Italy, Japan, Poland, and the Netherlands. He lives with his wife and children in Princeton, New Jersey.

3.8 out of 5 stars
3.8 out of 5
59 customer ratings
How does Amazon calculate star ratings?
Amazon calculates a product’s star ratings based on a machine learned model instead of a raw data average. The model takes into account factors including the age of a rating, whether the ratings are from verified purchasers, and factors that establish reviewer trustworthiness.
Top Reviews

Peter Milewski
4.0 out of 5 stars A Gripping Tale of International Politics and Espionage
Reviewed in the United States on October 29, 2017
Verified Purchase
This story started slow with several confusing plots and flashbacks. I struggled with the heavy and frequent Yiddish language references in the early part of the book. As the plots were pulled together and the story became more focused, The taught drama became compelling read. The author is very eloquent and his descriptions and choice of words delightful to read. He moves you through this tense thriller with ease. In the end you are gripped by the rush to the climax and will find the novel impossible to put down. I am glad I didn’t give up early reading this book. Stick with it. It is worth it.
Read more
7 people found this helpful
Helpful
Comment Report abuse

Brian S. Channon
4.0 out of 5 stars A Timely Spy Novel
Reviewed in the United States on July 1, 2017
Verified Purchase
Although I don't usually read spy thrillers but I thought this was a great read and a real page turner. I had heard alot about the politics of the book before I read it but I actually thought John Altman created a truly possible scenario and was fair to the characters in the way he constructed them and their motivations. He give much insight into the psyche of Israelis and the history of Jews in general. Would probably make a great movie as well although Meryl Streep would NOT be the right actor for this role!!
Read more
11 people found this helpful
Helpful
Comment Report abuse

Paul Atreides
5.0 out of 5 stars This book is a "10"
Reviewed in the United States on October 23, 2017
Verified Purchase
The most exciting and suspenseful thriller I have read in a long time; perhaps ever. I find it amusing that some label the book as anti-Semitic. How funny, I can only surmise that they aren't Jewish. It is not a horror story, but it comes across as scary. The characters are so real, the good and, sadly, the bad. This is the first John Altman book I have read. Buying all of his books will play hell with my limited book budget. If you enjoy the book half as much as I did, it is well worth your time. I love the cat. .
Read more
6 people found this helpful
Helpful
Comment Report abuse

Kindle Customer
5.0 out of 5 stars False Flag. John Altman
Reviewed in the United States on February 20, 2020
Verified Purchase
The head of Mossad the Ramsad is tired of Americas lack of support for Israel. It's like the wind, constantly changing direction. He has approved a terrorist attack during the presidents state of the union address. Two Mossad agents and an American of Jewish descent, a veteran to carry out this attack. A female Jewish lecturer at Princeton, a military tactical expert is handpicked to help stop this attack. The American agents do not have her skill and insight to detect and recognize the rogue Jewish agent most likely diversionary tactics. Non stop action from the first to last page. An excellent read!!
Read more
Helpful
Comment Report abuse

Jeanne Marie Lambrianou
5.0 out of 5 stars On the edge of my seat the whole time...
Reviewed in the United States on January 16, 2018
Verified Purchase
What a read! And just before Donald Trump's first State of the Union! It raised the hair on the back of my neck - the politics, in fiction, so matching fact. I read it in 2 days. Could not put it down - could not put it out of my mind. I hope to God it never actually happens.
Read more
4 people found this helpful
Helpful
Comment Report abuse

Karen Cunningham
5.0 out of 5 stars Highly Recommended if you like political thrillers
Reviewed in the United States on August 20, 2017
Verified Purchase
Although I had a little trouble getting into ,once I did I was hooked. Particularly liked the older heroine , they are few and far between in this genre. I have followed this authors work for years and the books never disappoint.
Read more
6 people found this helpful
Helpful
Comment Report abuse

anonymouse
4.0 out of 5 stars Four Stars
Reviewed in the United States on November 5, 2017
Verified Purchase
This is the book that Akart wishes he could write. Well-written, deep plot that blew my socks off.
Read more
4 people found this helpful
Helpful
Comment Report abuse

jetdiver
5.0 out of 5 stars Riveting action suspense
Reviewed in the United States on December 29, 2019
Verified Purchase
Slow to build up to final action but could not put down. Multiple threaded personalities all interlocked into suspenseful action thriller. Reality possible and credible makes it so good. Fits our time and some of today's politics unfortunately but that what makes it so powerful.
Read more
Helpful
Comment Report abuse
See all reviews from the United States

Kenato
3.0 out of 5 stars Hard to get into
Reviewed in Canada on February 4, 2019
Verified Purchase
Found it very hard to get into for first half of book. Many characters, great deal of Israel history made it difficult to follow especially if you were reading it over a number of short readings. Improved towards the end but the ending was no great surprise. Not my favourite read
Read more
Helpful
Sending feedback...
Thank you for your feedback.
Sorry, we failed to record your vote. Please try again
Report abuse

Peter 23
5.0 out of 5 stars Great book..
Reviewed in Canada on March 20, 2018
Verified Purchase
Great story, I’m sure that with the right cast and producers it would make a very suspenseful movie. One I’m sure that I would watch.
Read more
Helpful
Sending feedback...
Thank you for your feedback.
Sorry, we failed to record your vote. Please try again
Report abuse

Aussie Mel
3.0 out of 5 stars Too long and drawn out?
Reviewed in Australia on March 5, 2018
Verified Purchase
Whilst the characters and the plot were believable the whole book was too drawn out without a satisfying or believable ending?
Read more
Helpful
Sending feedback...
Thank you for your feedback.
Sorry, we failed to record your vote. Please try again
Report abuse