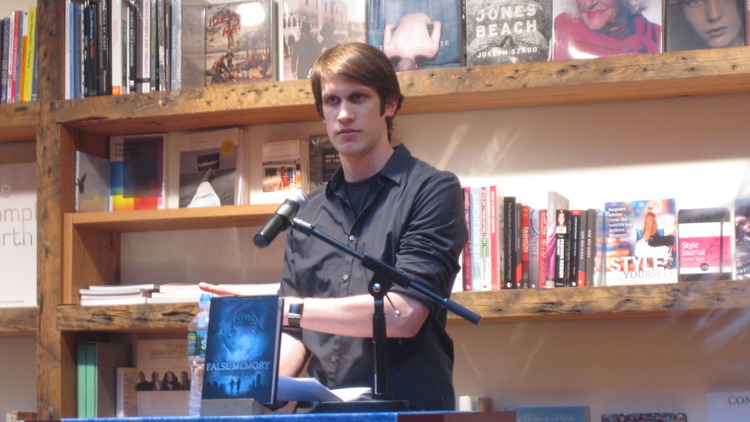 Gr 9 Up—As this story opens, clones Miranda (going by the name Kristin), Sequel (from the same clone family as Miranda), Rhys, Peter, and Noah are trying to blend in as typical high school students, but without much success. They are super soldiers, who can send out mental energy that causes people to panic or go insane. On prom night, Sequel hears a phrase that awakens "Nina" within her mind, causing her to kill Noah and turn against her former team. The relationship of memory and identity is examined as it is only memory shots that allow team members to keep their memories intact and thus remain themselves. Miranda downloads Noah's memory after his death and is able to tap into his knowledge and thoughts. Meanwhile, she is afraid that some secret phrase may awaken a "Nina" within her. Miranda is the focus of the story, as she, Peter, and Rhys follow Sequel/Nina into the Black, where Gane watches over The Verge. They find out that the universe of the Black has many worlds, the most powerful of which is True Earth. In order to "cleanse" worlds of human inhabitants, the razor-clawed Eyeless have been set free, and if Miranda and her team can't obtain the Torch that controls them, the Earth that Miranda knows will be their next target. The book is heavy on action and occasional romance, without a lot of subtlety or depth. It ends with a sword fight in the Oval Office of the White House, followed by a trip through the Black to True Earth, where Miranda makes a sacrifice that sets up the cliff-hanger ending. A good choice where the first book is popular.—Maggie Knapp, Trinity Valley School, Fort Worth, TX

Engineered to be lethal assassins, Miranda and her fellow cloned friends are on the run and trying to lead normal lives. It’s not long, however, before one of them sets her own deadly course. The chase to find the rogue clone unleashes a war of worlds with terrifying monsters, and Miranda is forced to make the ultimate sacrifice to save the future of the planet. The love triangle begun in False Memory (2012) becomes even more complicated and unusual in this sequel. This is just one of many surprises that fuels the high energy level and keeps readers guessing until the final installment. Grades 8-11. --Angela Leeper

After pumping gas for nine years to put himself through college, Dan Krokos became a full-time writer. He enjoys watching TV, playing MMORPGs, and drinking coffee. Follow his antics on twitter (@DanKrokos) or visit his Web site, www.dankrokos.com.
Read more