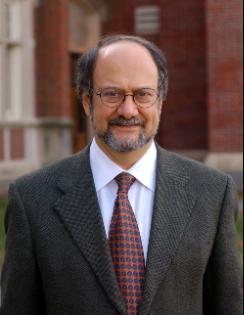 by Robert Kuttner (Author)
See all formats and editions
Sorry, there was a problem loading this page. Try again.

All our lives, we seek affirmation and love from the people closest to us -- our parents and, later, our grown children. But too few of us get it. As adults, many of us feel that our aging parents still treat us like kids. As parents, many of us are sad that our adult children seem to have little use for us.

When Robert Kuttner and Sharland Trotter were writing Family Re-Union, many new empty-nesters told them, "I hope I have a better relationship with my kids than I did with my parents." Family Re-Union offers insights on how adults and their parents can cultivate new adult- to-adult lifelong connections and become deeper friends. It is the first book to explore this challenge over the entire life course -- from a teenager's departure for college to the impending death of an aging parent.

Kuttner, a well-known journalist, and Trotter, a clinical psychologist, conceived the book when their son had just gone off to college and their daughter was a junior in high school. The message of Family Re-Union is deepened by the unusual circumstances of its writing: a year into the work, Sharland Trotter learned she had cancer.

As Sharland deals with her illness and invites her family into her journey, the book takes on additional relevance for all those facing their own mortality -- whether prematurely or at the natural end of a long life span -- and seeking to repair family relationships. But Family Re-Union will prove indispensable for all adults, from the twenty-five-year-old who finds her parents overbearing, through the forty-year-old hoping to have a better relationship with his son than he had with his father, to the seventy-year-old trying to reconnect with a middle-aged daughter, and all steps in between. These are life stages we all encounter, and Family Re-Union offers hope that, no matter what our personal circumstances, it is never too late to create loving, respectful family ties.
Read more
Previous page
Next page

Robert Kuttner is cofounder and coeditor of The American Prospect magazine, and the Meyer and Ida Kirstein chair at the Heller School for Social Policy and Management at Brandeis University. He was a founder of the Economic Policy Institute, and serves on its executive committee.

Kuttner is author of eleven books, including the 2008 New York Times best seller, Obama’s Challenge. His other writing has appeared in The Atlantic, the New Yorker, Harpers, the New York Review of Books, the New Republic, Foreign Affairs, Dissent, New Statesman, Harvard Business Review, Columbia Journalism Review, Political Science Quarterly, and the New York Times Magazine and New York Times Book Review. He has contributed major articles for the New England Journal of Medicine as a national policy correspondent. He is a featured columnist for Huffington Post.

He previously served as a national staff writer on the Washington Post, chief investigator of the U.S. Senate Banking Committee, economics editor of The New Republic, and was a longtime columnist for Business Week and for the Boston Globe, syndicated by the Washington Post. He is the two-time winner of the Sidney Hillman Journalism Award, the John Hancock Award for Excellence in Business and Financial Journalism, the Jack London Award for Labor Writing, and the Paul G. Hoffman Award of the United Nations Development Program for his lifetime work on economic efficiency and social justice. He has been a Guggenheim Fellow, Woodrow Wilson Fellow, German Marshall Fund Fellow, and John F. Kennedy Fellow.

Educated at Oberlin College, The London School of Economics, and the University of California at Berkeley, Kuttner is the recipient of honorary degrees from Swarthmore College and Oberlin. In addition to Brandeis, he has also taught at the University of Massachusetts, the University of Oregon, Boston University and Harvard’s Institute of Politics. He lives in Boston with his wife, Joan Fitzgerald, a professor of public policy at Northeastern. He is the father of two grown children and has six grandchildren.