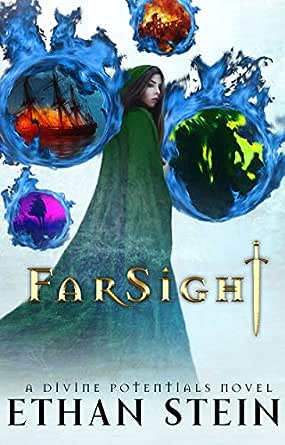 You've subscribed to The Divine Potentials! We will preorder your items within 24 hours of when they become available. When new books are released, we'll charge your default payment method for the lowest price available during the pre-order period.
Update your device or payment method, cancel individual pre-orders or your subscription at
Your Memberships & Subscriptions
There was an error. We were unable to process your subscription due to an error. Please refresh and try again. 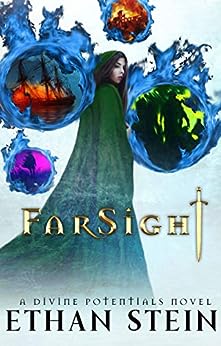 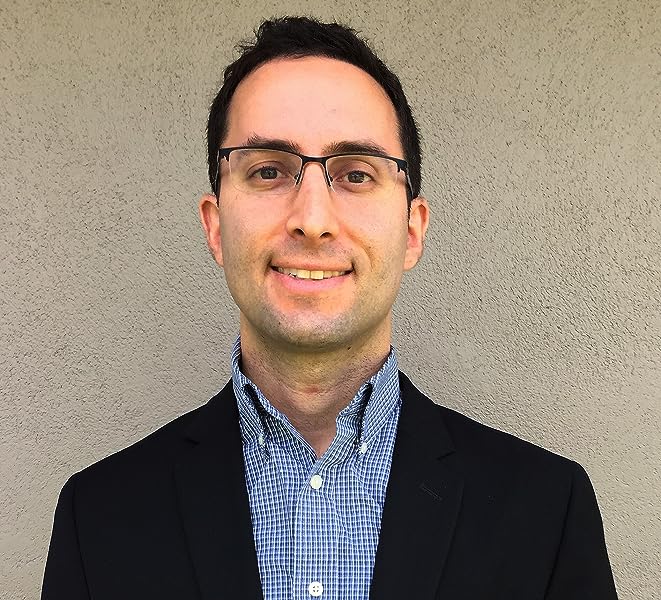 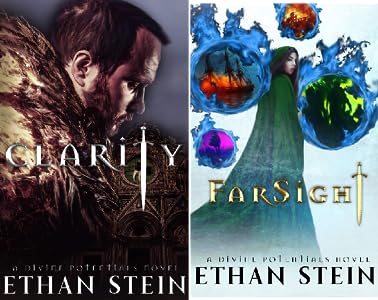 Jo
3.0 out of 5 stars An improvement on the first book - 3.25 stars
Reviewed in the United States on January 14, 2021
I received a free copy of this novel in exchange for an honest review.

I read this book in tandem with the first, Clarity. Of the two, this one was definitely stronger. It had a clearer and more concise plot, and I enjoyed the characters more. The major characters of the first novel all re-appear, although weirdly Danae, our main viewpoint character from the first, doesn't have a viewpoint chapter in this one until a little over halfway through. Still, Kell is compelling enough, and I liked the manservant she brought with her, as well as her interactions with Asha. We learned more about Asha and his past in this book, which was nice, and saw more of Danae's adopted sister, who I also enjoyed. There was also more worldbuilding in this one, including a very weird but enjoyable scene where Asha interrogates a swamp-monster. Weird though it was, that single scene alluded to many previous adventures and a greater scope of the world and its inhabitants, which I thought was well done.

There were still some issues that were present in the first book, though. Everyone is still mistrustful and downright rude to Asha, even though he never really does anything to warrant this attitude. A major character from the first novel is killed off-screen, and the fallout is treated with the same blind ridiculousness as certain events were in the first book. Honestly, it might just be that everyone in the Abbey is dumb as a box of rocks, as the rest of the outside world seems to manage just fine. There are other weird coincidences and plot contrivances that exist solely to move the plot, but that might not bother some readers as much as it irks me.

Overall, though, it was an improvement, and adds more color to the world. If you liked the first book, you'll like this one, too.
Read more
Helpful
Report abuse

FD531
5.0 out of 5 stars Fantastic continuation of this series!
Reviewed in the United States on January 25, 2021
I really enjoyed this book and being able to see what Asha is up to. While the story itself doesn't focus on him specifically, we get more insight into his travels as he searches for his sister.

FarSight starts off introducing us to Kell and Mylon. Their dynamic is ... interesting. I'm interested to see if we will meet up with them again in future books. Daena's part of the story picks up where we left off in Clarity and is full of intrigue and mystery. And T'alorin. Dear, well-meaning T'alorin gets into all kinds of trouble! I especially enjoyed the magical aspects of this part of the series. I don't want to leave any spoilers, but the animals made me giggle. You'll have to read it to find out!
Read more
Helpful
Report abuse

mw
3.0 out of 5 stars Ok
Reviewed in the United States on December 23, 2020
Ok I liked 1st book better I got this book for free and honest review
Read more
Helpful
Report abuse
See all reviews