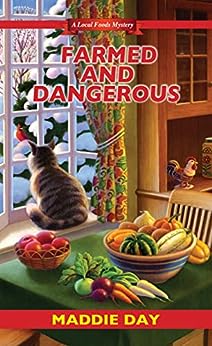 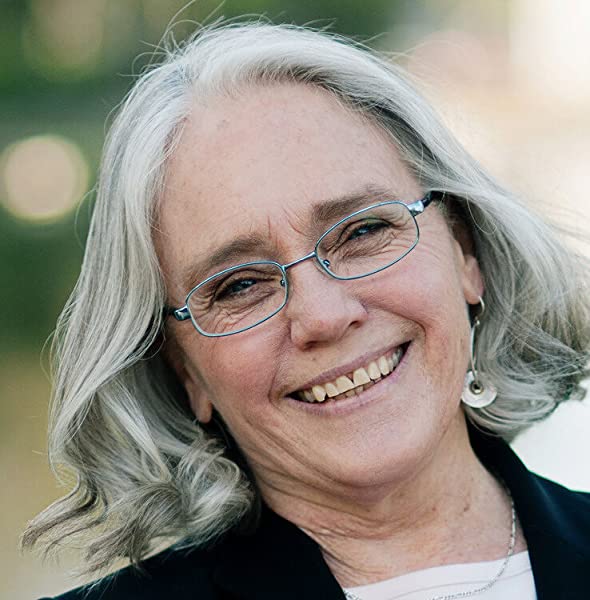 When a bad biddy bites the dust after biting into poisoned produce, a Massachusetts organic farmer must clear her name in this cozy mystery.

Cam is finding the New Year in Westbury just as hectic as the old one. Her sometimes rocky relationship with Chef Jake Ericsson is in a deep freeze, she’s struggling to provide the promised amount of food to the subscribers in her first winter CSA, and her new greenhouse might just collapse from the weight of the snow. Supplying fresh ingredients for a dinner at the local assisted living facility seems like the least of her worries—until one of the elderly residents dies after eating some of her produce.

Cantankerous Bev Montgomery had many enemies, from an unscrupulous real estate developer who coveted her land to an aggrieved care provider fed up with her verbal abuse. But while the motives in this case may be plentiful, the trail of poisoned produce leads straight back to Cam. Not even her budding romance with police detective Pete Pappas will keep him from investigating her.

As the suspects gather, a blizzard buries the scene of the crime under a blanket of snow, leaving Cam stranded in the dark with a killer who gives new meaning to the phrase “dead of winter.”

Praise for ‘Til Dirt Do Us Part

“There are plenty of farming-based cozies on the market today, but this one stands out.”—Booklist

PRAISE FOR THE MYSTERIES OF EDITH MAXWELL!

`TIL DIRT DO US PART

"There are plenty of farming-based cozies on the market today, but this one stands out."
-Booklist

"A most enjoyable look at organic farming with some charming characters and cooking suggestions thrown in."
-Kirkus Reviews

A TINE TO LIVE, A TINE TO DIE

"With an insider's look at organic farming and a loyal, persistent heroine, Maxwell offers a series that cozy mystery fans will root for."
-Lucy Burdette, author of Death in Four Courses"

Edith Maxwell is a former farmer of a certified organic farm, holds a Ph.D. in Linguistics, and is a member of Sisters in Crime and Mystery Writers of America. An Agatha-nominated and Amazon-bestselling author, she also writes award-winning short crime fiction which has appeared in a number of juried anthologies. She lives with her beau and three cats in Massachusetts, where she's currently working on her next Local Foods mystery when she isn't out gardening. --This text refers to an out of print or unavailable edition of this title.

Edith's short stories have appeared in nearly two dozen juried anthologies and magazines. She is active in Mystery Writers of America and a lifetime member of Sisters in Crime.

Edith, a fourth-generation Californian, has two grown sons and lives in an antique house north of Boston with her beau, a small organic garden, and an energetic kitten.

You can find all of Edith's identities at www.edithmaxwell.com. She blogs every week day with the other Wicked Authors at wickedauthors.com and on the second and fourth Fridays at mysteryloverskitchen.com. Look for her as Edith M. Maxwell and Maddie Day on Facebook and as @edithmaxwell and @maddiedayauthor on Twitter and Instagram.

J. Alter
5.0 out of 5 stars A cold winter in Massachuetts
Reviewed in the United States 🇺🇸 on August 3, 2015
Verified Purchase
In this third of the Local Foods Mysteries, Cameron Flaherty is getting a handle on organic farming. She’s also got a new boyfriend, detective Pete Pappas who comes complete with a dog named Dasha. And her Uncle Albert is settled and happy at Moran Manor. But murder seems to stalk Cam. A “difficult” resident of Moran Manor dies after eating a meal fixed with ingredients Cam supplied from the farm—diagnosis is poisoning. Suspicion points to Cam, and for integrity’s sake, Pete must distance himself from her. So, of course, she sets out to find the killer herself, in spite of Pete’s warnings.
Lots of red herrings and blind trails here. Moran Manor is the scene of much of the action, with even a budding romance between Uncle Albert and another resident. The deceased had issues of land use—she wanted her farm to remain farmland, but her snarky daughter, a developer of shoddy buildings, wants to commercialize it. There are attempts on Cam’s life and maybe even one on Uncle Albert’s. Throughout Cam is charming, mostly self-confident but just unsure enough to make her human and likeable. With a great supporting cast, she shines.
A blizzard distinguishes this novel, so vividly described that as I read on a hot August night in Texas I was convinced I was housebound by a terrible storm. No spoilers here, but Cam shows both her self-reliance and her fear during the storm. I challenge you to read this without reaching for a warm blanket. Edith Maxwell makes wonderful use of the things she knows best—organic farming and life in Massachusetts. Recommended.
Read more
5 people found this helpful
Helpful
Report abuse

Kindle Customer
5.0 out of 5 stars The Weasel has left the building.
Reviewed in the United States 🇺🇸 on August 29, 2021
Verified Purchase
5 gold stars for this book. If you like farm fresh food and a murder to get you started on your day then this book is for you. Follow Cam as she desperately looking for clue as to who murdered one their own at Manor Manner.
If you love to read food mystery then this one is for you.
Read more
Helpful
Report abuse

C. A. Murray
5.0 out of 5 stars Farmed and Dangerous Indeed!
Reviewed in the United States 🇺🇸 on December 27, 2015
Verified Purchase
Winter on a small farm presents more challenges for new, organic farmer Cam Flaherty. She's acquired hens that must be protected from the cold and some of the locals seem to resent her efforts at organic farming. When a resident dies shortly after eating a meal in the local assisted living home where her great uncle now lives, for which Cam provided the produce, she becomes a murder suspect.

Worse yet, she becomes a threat to the real killer. If only she can figure out who it is. And thus we are on another murder mystery in northeast Massachusetts, complete with locals who love and hate each other and some struggle to eke out a living while others live in apparent luxury. Her beau is the investigating officer and cannot share important information with her. He wants her to stay out of the investigation, which seems to make her more determined to figure out who is the murderer.

Ms. Maxwell's novels move swiftly and you won't want to miss a single clue. She takes you on a swift ride, from opening to conclusion.
Read more
2 people found this helpful
Helpful
Report abuse

patricia e manion
1.0 out of 5 stars Not a good read
Reviewed in the United States 🇺🇸 on October 21, 2022
Verified Purchase
Very disappointed in this series not up to my Maddie Day’s previous reads
Read more
Helpful
Report abuse

Dru Love
4.0 out of 5 stars A good read
Reviewed in the United States 🇺🇸 on June 10, 2015
Verified Purchase
I enjoyed the latest book in the Local Foods series. Cam becomes a prime suspect when a resident dies after consuming produce from her farm and Cam set out to investigate in order to clear her name. This was a well-written and fast-paced drama that gave me insights on farming that was woven into a good mystery that had plenty of suspects to teasingly keep me enjoying this story The author did a great job in setting up this finely tuned plot with great characters, good conversation and a nice setting. I also enjoyed seeing more of Ellie.
Read more
4 people found this helpful
Helpful
Report abuse

Max
4.0 out of 5 stars good story.
Reviewed in the United States 🇺🇸 on April 27, 2016
Verified Purchase
The characters are coming together in this series. Some interesting discussions about organic and other farming methods and issues farmers face. I would like to see more characterization and more substance behind possible motives and I think that will come as we get more into the series.
Read more
2 people found this helpful
Helpful
Report abuse

Nancy S.
4.0 out of 5 stars Fun series
Reviewed in the United States 🇺🇸 on November 18, 2015
Verified Purchase
I love this series...I am a vegetable gardener, so in addition to being entertained, I am also learning about my avocation. I turn to this light-hearted fiction between other books that are heavier reading.
Read more
4 people found this helpful
Helpful
Report abuse

Linda
4.0 out of 5 stars Good mystery
Reviewed in the United States 🇺🇸 on September 21, 2022
I enjoyed this entry in the series. It was interesting reading about how Cam is farming in the winter. The characters are fun. I also enjoyed the mentions of other fictional characters who aren’t even written by this author but their settings are nearby. Recipes are included which I always enjoy.
Read more
Helpful
Report abuse
See all reviews

Tempewytch
5.0 out of 5 stars Produce and Poison
Reviewed in the United Kingdom 🇬🇧 on April 30, 2016
Verified Purchase
Another good outing with Cam and her Locavore friends, this time though she finds herself in the compost and her new boyfriend has to back off! Oh and it looks as though her Great Uncle is being targeted as well ... so what's a farmer to do?
Read more
Report abuse
See all reviews
Report an issue
Does this item contain inappropriate content?
Report
Do you believe that this item violates a copyright?
Report
Does this item contain quality or formatting issues?
Report