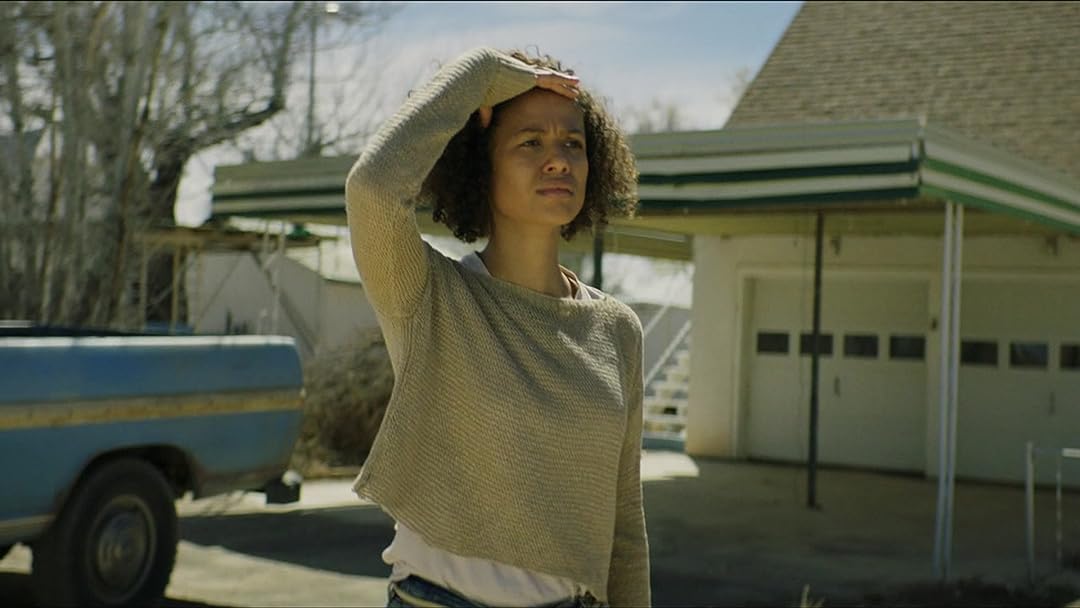 (1,507)6.11 h 41 min2019X-RayPG-13
Hunted by mysterious forces and a local sheriff, a young woman with supernatural abilities flees back to her family-and unearths the depths of the power within her.

Included with EPIX on Amazon for $5.99/month after trial

Watch with EPIX
Start your 7-day free trial
Add to
Watchlist
By ordering or viewing, you agree to our Terms. Sold by Amazon.com Services LLC.
Write review

AkethanReviewed in the United States on July 6, 2019
5.0 out of 5 stars
Superheroes we really do need.
Verified purchase
I bought it! I want to support this film every way I can -
Ok - I loved it. It ends softer and - with more unresolved hope/promise than I expected. Based on typical end-of-the-world and/or overblown superhero films - I was certain this was going to have hugely cataclysmic scenes right up to the finish line. Instead - it's about the secrets, history - and story of the current 3 generations of amazing, beautiful women facing their not fully understood power. At a time when earth is at death's doorstep. And they could finish it off or tweak things toward saving it - but they'd have to step into the light and scrutiny and ... here's our govt agents tracking us down. I will re-watch it - to just study the trio of Bo, Ruth and Lila (Lorraine Toussaint, Gugu Mbatha-Raw & Saniyya Sidney). What they teach each other - and what they can do together - it was very powerful to watch them interact. I would love to see more movies like this - I'd love to see how Fast Color's earth turns out under their possible stewardship. I hope there are ladies like this walking among us even now that could save us from ourselves.
181 people found this helpful

FraggleReviewed in the United States on June 19, 2019
5.0 out of 5 stars
Rare Gem
Verified purchase
Oh, where to begin? Very rarely do I have the privilege of saying that there is so much good in a low budget film. This one has it all -- a solid cast, nice shots, decent effects, and most importantly, a unique storyline. I recommend this movie to anyone interested in superhero flicks. For less than ten bucks, it's an enjoyable keeper.
98 people found this helpful

NitazGoldenReviewed in the United States on June 19, 2019
5.0 out of 5 stars
Exhale, Beautiful, Powerful
Verified purchase
When I heard about the movie, I tried to find it in local theaters to no avail. After many months, I'm glad to have finally seen it. It was worth the wait. I thoroughly enjoyed the story, along with the complications and greatness within family that I can totally relate to. It's a great story with black women as major characters but it transcends ethnicity and culture. I'll definitely watch this again; this time with my girls. #blackgirlmagic
84 people found this helpful

janjammReviewed in the United States on June 21, 2019
5.0 out of 5 stars
What's broken can't be fixed.
Verified purchase
This is a film about the massive powers in the world that are misunderstood and denied. A family of three women is torn apart by their history and the fear of their powers, and of the exposure of them. It's a slow-moving, beautiful film that needs more than the Hollywood, formulaic, 10-minutes to begin to understand the intentions of the film and the struggle the characters are confronting. I hope there is a sequel. It would be smashing.
69 people found this helpful

Eclectic ChicReviewed in the United States on July 4, 2019
5.0 out of 5 stars
Extraordinary
Verified purchase
This movie was a wonderful ode to Feminine Power among Women of color without being dark or disrespectful. It truly is a pleasure to see something so subtle but powerful , as a Sacred Woman I rejoice in this display of inborn Feminine Mystique among this stories lineage of gifted Women of Power.
70 people found this helpful

David S. McQueenReviewed in the United States on January 1, 2020
1.0 out of 5 stars
Have You Ever Seen the Rain? (SPOILER ALERT)
Verified purchase
Set in New Mexico, present day. The first problem I had with this film is the premise that suddenly, it stopped raining. No more rain. Anywhere. Ever. The film ignores the science of that premise and hints that it's all mankind's fault. Somehow.

Then, the dialogue. No one talks to anyone. They keep secrets, even family members don't tell each other the whole story. Deputies don't talk to the sheriff. The writers apparently needed to drag this out, so they didn't want the characters to reveal too much. It's OK to a degree, but when NO ONE is telling anyone anything, it's simply frustrating for the viewer.

This movie involves psychic abilities in a family that hides it because the mean ol' government will come after them and study them. The protagonist, a recovering addict, carries a gun to prevent the government from taking her away to be studied, and so, with all the foresight of an addict, she heads home. They'll never think to look for her there.

The movie starts fast, moves well for about 15 minutes, then bogs down into family members looking at each other and avoiding telling each other the truth about anything. Boring. At the climatic end, the big reveal, it starts to rain. Why? Well, it's apparently a well-known scientific fact that humans can control the weather just by thinking about it. So why all the angst about "no rain"?

I always watch the entire movie when I want to write a review. I did watch this one all the way to its soggy ending. Very displeased that I had to do so, but the truth is, the movie was incredibly weak on plot and premise.

Thea & EricReviewed in the United States on July 5, 2019
5.0 out of 5 stars
Really magical movie making
Verified purchase
This may be the best movie I have seen. Partly because I don’t know why. This is a beautiful new type of movie and I want more films like this. I’m thankful I bought it as I plan to watch it over and over again.
46 people found this helpful

Linda GReviewed in the United States on June 19, 2019
5.0 out of 5 stars
Beautiful film
Verified purchase
Everyone should watch this movie. It should have gotten press and more recognition that it did. Spread the word about how amazing this film is!
46 people found this helpful
See all reviews
Back to top
Get to Know Us
Make Money with Us
Amazon Payment Products
Let Us Help You
EnglishChoose a language for shopping. United StatesChoose a country/region for shopping.
© 1996-2021, Amazon.com, Inc. or its affiliates