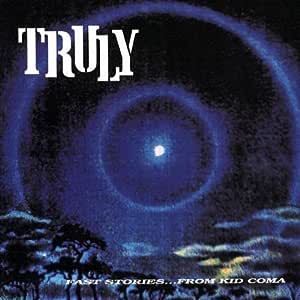 Share
Listen Now
Go Unlimited
Start your 30-day free trial
Your Amazon Music account is currently associated with a different marketplace. To enjoy Prime Music, go to Your Music Library and transfer your account to Amazon.com (US).

By placing your order, you agree to our Terms of Use.

Shaneymike
5.0 out of 5 stars Far better than I expected
Reviewed in the United States on June 4, 2013
Verified Purchase
After listening to a couple tracks uploaded on YouTube for roughly three years, mostly "Blue Flame Ford" and "If You Don't Let It Die", I finally got around to purchasing this album two months ago, and I can truly report it does not disappoint. Both the album and the band truly belong in the pantheon of other household names - Electric Ladyland (Jimi Hendrix Experience), Dark Side of the Moon (Pink Floyd), Sgt. Pepper's Lonely Hearts Club Band (The Beatles). Of course your opinion may differ from mine, especially if you are old enough to remember when those albums first came out, but still I truly agree with what a lot of the other reviewers here have written about this one being a classic. If not alongside those other artists I mentioned, these guys truly should have been at least as big as other Seattle bands, namely Soundgarden and Screaming Trees, the groups that previously employed Truly's rhythm section Hiro Yamamoto (bass) and Mark Pickerel (drums). In addition to the two songs I already mentioned, there is a whole plethora of other standout songs off this album: "Four Girls", "Hot Summer 1991", "Blue Lights", "Leslie's Coughing Up Blood", "Tragic Telepathic (Soul Slasher)", "Strangling", etc. My favorite right now would have to be "Virtually" whose lyrics were highlighted by another reviewer here on Amazon. That song on first listen reminded me so much of "There Is a Light That Never Goes Out" by The Smiths. It is also fair to compare it along with a lot of the other material off this album, namely "Hurricane Dance", to The Cure, another favorite band of mine. Speaking of which, I have it on good authority that Truly singer/guitarist/songwriter Robert Roth was also a big fan of The Cure when he was a teenager. Anyway, if you are disgusted as I am with all the garbage that kids these days call music polluting the airwaves, I highly recommend this album to those of you who yearn for the good old days when the music industry actually had talent. It's got everything you could hope to find off those other classic albums I highlighted at the start of this review: epic guitar riffs, heavy bass lines, intricate drum beats, deep lyrics, and amazing vocals. It truly is criminal that these guys did not get the promo they so richly deserved back in the day but I also have it on good authority that they have gotten back together as of late and have something new in the works that they hope to release some time this year. Can't wait!
Read more
5 people found this helpful
Helpful
Comment Report abuse

Iris Artechi
5.0 out of 5 stars EPIC. PSYCHEDELIC. ROCK.
Reviewed in the United States on July 14, 2010
Verified Purchase
If you were take R.E.M., place them in a room along with Nirvana and Soundgarden (Superunknown era), and then pump them full of LSD and Blotter acid, and finally have them collaborate on an album, this is what would result. A calming, epic, and surreal blend of grunge and original psychedelic rock that takes it's sounds from the 13th Floor Elevators and Jefferson Airplane, Fast Stories... From Kid Coma is in itself is a underapreciated classic of modern psychedelic rock, painfully and sadly ignored by the world. There's plenty to be liked on this record; "Blue Flame Ford" and "Hot Summer 1991" are wonderfully mellow dirty pop songs and "So Strange" has that with an R&B type twist. "Strangling" is a nice heavy and dirty rocker, and "Hurricane Dance" gleefully and suddenly jumps back and forth from grunge to psychedelics. The album is spotted with melting guitars and Robert Roth's dry Kurt Cobain-Like scream. This sweepingly epic and surreal interpretation of grunge well worth shelling out a couple of bucks for.
Read more
8 people found this helpful
Helpful
Comment Report abuse

Public Name
4.0 out of 5 stars A forgotten Seattle band from the 90s that had great riffs and lyrics. Robert Roth sings and does pretty good job.
Reviewed in the United States on June 14, 2018
Verified Purchase
Huge Seattle music fan here, must have if you love the seattle sound. Kindave lo fi but not too bad in terms of production. it's just "right"
Read more
Helpful
Comment Report abuse

Astronomere
5.0 out of 5 stars A lost treasure
Reviewed in the United States on November 5, 2015
Verified Purchase
This is a crucial slice of bad-ass classic grunge. Definitely underrated. It's only crime was being released 2-3 years too late, or else they would have had a much more massive audience and album sales. Oh well, at least I didn't have to share this band with legions of posers like I did with Nirvana.
Read more
Helpful
Comment Report abuse

Sean W. Oneill
4.0 out of 5 stars A must for any 90's Grunge fan
Reviewed in the United States on February 28, 2016
Verified Purchase
This is really good. Its reminiscent of Screaming Trees, but they have their trippy sound and hooks. Grunge at its best. A must have for any 90's grunge fan.
Read more
Helpful
Comment Report abuse

Josh
3.0 out of 5 stars Great Songs! But...
Reviewed in the United States on May 22, 2010
Verified Purchase
This CD, musically, has to be one of the best grunge albums I've ever heard. However, there is one huge letdown I wish I would've known before I bought the CD. This album has some of the absolute worst sound quality I've heard and almost isn't worth it just because of the terrible quality. I mean, it's better if you're listening to it on your mp3 player at a high volume, otherwise, I can't stand it.

Some of the songs, I've had to listen VERY carefully to hear what they sound like. So, look up some songs of theirs on Youtube. If you think the sound quality can't be that bad, see for yourself.

bob
5.0 out of 5 stars Five Stars
Reviewed in the United States on January 7, 2015
Verified Purchase
great cd and the buyer was prompt!
Read more
Helpful
Comment Report abuse
See all reviews from the United States