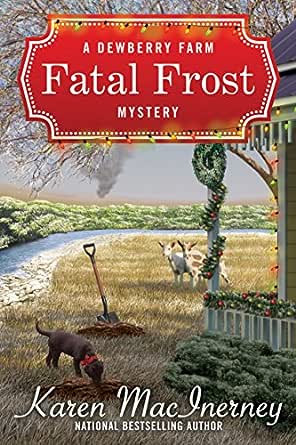 You've subscribed to Dewberry Farm Mysteries! We will preorder your items within 24 hours of when they become available. When new books are released, we'll charge your default payment method for the lowest price available during the pre-order period.
Update your device or payment method, cancel individual pre-orders or your subscription at
Your Memberships & Subscriptions
There was an error. We were unable to process your subscription due to an error. Please refresh and try again. 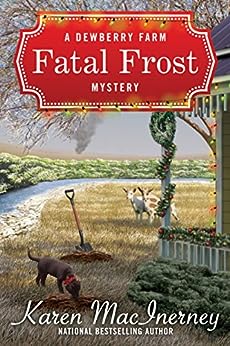 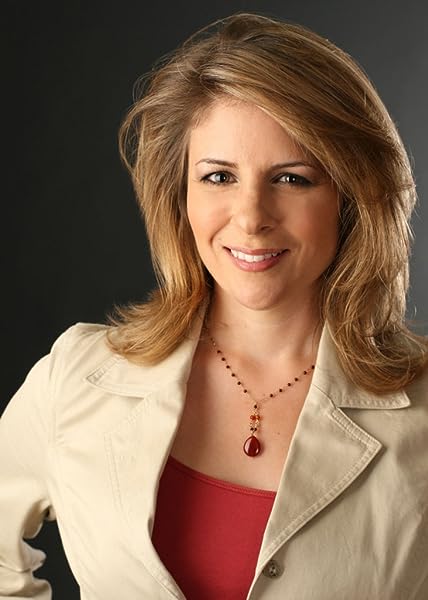 Praise for the Dewberry Farm Mysteries...

"Now that I've gotten to know the residents of Buttercup, I can't wait to visit them again. Killer Jam is filled with a good mystery, delightful characters, and a fun setting that will bring cozy readers back for many more visits." --Carstairs Considers...

"I'm excited to see more from Karen MacInerney...I look forward to reading more about Lucy and her escapades in Buttercup, Texas, and hope we see a lot more of a certain fine lookin' veterinarian!" --Bubble Bath Books

"Killer Jam is a great first book in the new Dewberry Farm series. Highly recommend! Looking forward to the second one already!" --MysteriesEtc

"Five out of 5 stars. I liked the characters and the humor in the book. I also loved the paranormal element (or the possibility of a ghost)! I look forward to the next book in this series." --The Avid Reader

"This is a great story; it will quickly grab your attention and keep you turning the pages. There are several laugh out loud moments, particularly a few involving the cow and her antics...I think this is going to be another great series!" --A Cozy Booknook

Karen MacInerney is the author of numerous popular mystery novels, including the Agatha Award–nominated series The Gray Whale Inn Mysteries and the trilogy Tales of an Urban Werewolf, which was nominated for a P.E.A.R.L. Award by her readers. When she’s not working on her novels, she teaches writing workshops in Austin, Texas, where she lives with her husband and two children.

4.6 out of 5 stars
4.6 out of 5
336 customer ratings
How does Amazon calculate star ratings?
Amazon calculates a product’s star ratings based on a machine learned model instead of a raw data average. The model takes into account factors including the age of a rating, whether the ratings are from verified purchasers, and factors that establish reviewer trustworthiness.
Top Reviews

Feather
3.0 out of 5 stars A quick read
Reviewed in the United States on June 19, 2017
Format: PaperbackVerified Purchase
This is the second book in the series (Killer Jam being the first), and for me it will be the last. I like the premise of this series: a woman takes a buyout from the newspaper for which she was an investigative reporter and buys what was her grandparents farm outside a small town, however the books are just okay. In both books the characters would be likeable if they weren't completely forgettable because they lack depth. The writing is all right but not very clever, and the motivation behind the first murder is weak at best. There is some annoying repetition in the book; for instance in the first book the protagonist's, Lucy, cow is mistakenly referred to as a heifer throughout the book- everyone including the vet calls the cow a heifer- in this book people tease Lucy about that several times, including the vet! Also, how many times are her animals going to get loose and end up in the town center, because the joke is already tired. If you're looking for a couple hours of mindless distraction, this book might just be the ticket, but (at least the two first books in) this series seems slapdash and thrown together to me.
Read more
26 people found this helpful
Helpful
Comment Report abuse

Cynthia
5.0 out of 5 stars A TERRIFIC TEXAS TALE THAT YOU WON'T WANT TO MISS.
Reviewed in the United States on December 13, 2016
Format: MP3 CDVerified Purchase
This second CD, Fatal Frost, in the Dewberry Farm Mystery series was as entertaining as the first, Killer Jam. The character of Lucy is so believable and all of the other characters play well into the story. I like that there are some side trails that are used to get us to the central path of the story, and in this case, the digging of holes on Lucy's Dewberry Farm land. The stories have twists and there are surprises along with questions that give you a that pause to see what you should have concluded, but didn't. I enjoy that in a book when I think I can figure out the culprit/culprits and then lo and behold I am wrong, totally wrong. The book doesn't lag like some do, but keeps giving you new tidbits to help get to the conclusion and then you end up slapping your head saying, How did I miss that? All in all, this has been a truly fun and interesting series of a Texas life that I know nothing about, but happily embracing with Lucy and her pals, including the comic relief of her animals in each story.. Looking forward to any and all future books/CD's in this series. .
Read more
6 people found this helpful
Helpful
Comment Report abuse

🥇Customer
3.0 out of 5 stars Bland story, irritating audio narration
Reviewed in the United States on October 17, 2017
Format: Kindle EditionVerified Purchase
I listened to the audiobook.

The timing of the story is contemporary and the setting is a small farm town in southern Texas. It begins with a dog alerting a farmer to something mysterious going on down by the creek in the middle of the night. The main character, Lucy, who lives alone on the farm, goes to investigate — without calling the police, without calling anyone, without her cell phone, without sending a text alert, without a flashlight, without her dog, without a gun, but with a hoe for a weapon. And, she leaves her door unlocked.

I rolled my eyes. I was already not into it, but I listened on. It’s a mostly gentle story (except for the crimes) and the people are kind; I could almost imagine Gomer Pyle at the gas station. Yet the story is long-winded and meanders everywhere. Several of the characters, including Lucy, display exasperating behavior.

With respect to the narration, I acknowledge that the narrator did a fine performance of the material at hand. She perfectly captures small town farm life and speech patterns in Texas. Nonetheless, it featured irritating vocalizations, high-pitched tones, and a ton of whine.

There is no graphic sex, violence, or foul language in this book.

G Anderson
4.0 out of 5 stars Small town murder mystery keeps one guessing
Reviewed in the United States on December 6, 2016
Format: Kindle EditionVerified Purchase
Thanks to Goodread and Amazon Kindle for the free copy of this book.

This was the first book that I have read by Karen MacInerney but I am sure that it won't be my last. This is a fun cozy murder mystery that kept me guessing who the killer was until the end.

Lucy Resnick left her job as an investigative reporter for a newspaper in Houston to move to her late grandmother's farm in nearby Buttercup, Texas. She is trying to make a go of it by raising and selling vegetables and peaches, selling milk from her cow, Blossom, and has just acquired her new goats, Hot Lips and Gidget. She has plans to make soap with the goats' milk. But her truck is dying and she is having a hard time making ends meet and paying the mortgage on the farm. At the time, the town is holding a Christmas Market nightly where local vendors sell their wares. Lucy's friend, Quinn owns the Blue Onion cafe and has a booth where she is selling some of her goods. Lucy is selling mistletoe in Quinn's booth.

When a local woman's house burns with her it in and it is determined that she was dead before the fire, Lucy's friend Molly is accused of her death. The victim, Krystal Jenkins, has been poisoned by seeds from an Angel's Trumpet plant mixed in bread made from a homemade starter given by Molly. The local incompetent sheriff Rooster Kocurek arrests Molly without really doing any investigation. During the excitement of the murder and before Molly's arrest, her daughter Brittany runs off with her boyfriend Bryce, son of the minister of the Word of the Lord church. Lucy and her friend Quinn set out to find out who killed Krystal thus proving that Molly is innocent while trying to figure out what has happened to Brittany and Bryce. To complicate matters, Lucy's boyfriend, local veterinarian Tobias Brandt, is allowing his ex wife, Mindy, to stay at his house while she is looking for a weekend house in Buttercup. Lucy is dealing with all of the above when her parents come to visit and stay with her for Christmas. While the Christmas Market is going on, the members of the Word of the Lord Church are picketing the market saying that it is commercializing Christmas. There are lots of crazy characters in Buttercup and it makes for a wacky search for someone out to kill Krystal and try to pin it on Molly. Why did Brittany leave with Bryce? Someone is sending threatening and accusatory letters to women of the town, including Krystal, Brittany, Quinn and now Lucy as well as others. Lucy is having a rough December balancing all that is going on. Fatal Frost is a fun read that you will keep you guessing until the end.
Read more
4 people found this helpful
Helpful
Comment Report abuse
See all reviews from the United States

Kindle Customer
5.0 out of 5 stars Another great murder!!
Reviewed in the United Kingdom on April 20, 2017
Format: Kindle EditionVerified Purchase
Having absolutely loved the first one in the series, I knew I was onto a winner, and I was right! This second is just as good as the first. I would highly recommend this as they are a most enjoyable read, and not as heavy going as most of the books I read. With this Lucy is caught up in saving her best friend from prison, dealing with a lost dog, a preacher above himself, and a double murder! Another winner!
Read more
Helpful
Sending feedback...
Thank you for your feedback.
Sorry, we failed to record your vote. Please try again
Report abuse

Amazon Customer
5.0 out of 5 stars Five Stars
Reviewed in Canada on March 27, 2017
Format: Kindle EditionVerified Purchase
I had a hard time putting the book down. I can't get enough of this author!
Read more
Helpful
Sending feedback...
Thank you for your feedback.
Sorry, we failed to record your vote. Please try again
Report abuse