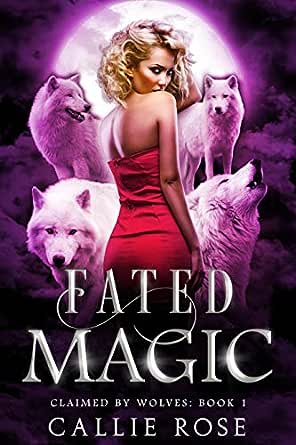 You've subscribed to Claimed by Wolves! We will preorder your items within 24 hours of when they become available. When new books are released, we'll charge your default payment method for the lowest price available during the pre-order period.
Update your device or payment method, cancel individual pre-orders or your subscription at
Your Memberships & Subscriptions
There was an error. We were unable to process your subscription due to an error. Please refresh and try again. 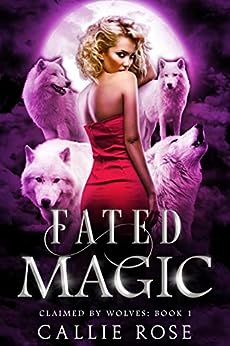 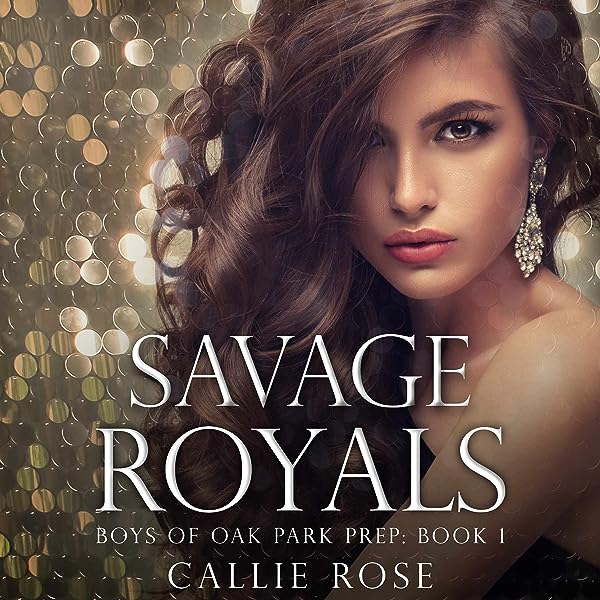 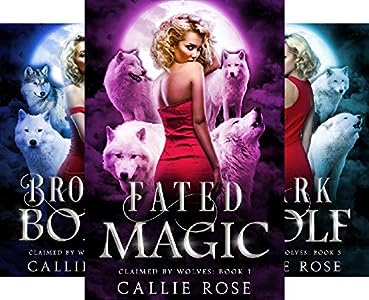 "I'm desperate for the next book"

"Wow! I've read some great shifter stories over the years but I really, really enjoyed this gem!"

"This book caught my attention right away! I was so interested in who this main character was, her story, how she would fight against her situation. I was not disappointed at all!"

"I loved this story so hard"

Ridge looks back at me, and the fury on his face melts away as he strides across the room. He comes around the back of the couch, cupping my face in his hands. "Hey, shh. Shh, it's okay. They're gone. You're okay."

I'm still sucking in air like a drowning victim. I have tunnel-vision now, black edges sneaking in around my eyesight. Even his voice can't cut through this. I'm going to die of a heart attack, right here on the back of his couch like I'm a damn cat.

"Look at me." Ridge says gruffly, breaking through the rush of noise in my head. I obey, clutching at his hands, which still hold my face. "You're having a panic attack. What helps you through this?"

A part of me recognizes that he knows this is normal for me. He knows I've done this before, again and again, my mind attempting to deal with the abuse that's become a normal part of my existence. And his perceptive gaze lays bare all of my secrets. It strikes me to my core. Someone knows the depth of my scars, and he wants to know what helps me deal with them.

My teeth chatter as I struggle to reply. "W-w-wat-ter."

He doesn't say anything else. Suddenly, I'm being lifted in his arms as if I'm just a child. I wrap my own arms around his neck, burying my face in his skin. There's that scent, the same woodsy pine scent I woke up to. I breathe it in, my tears soaking his t-shirt as he carries me through the house.

I keep my eyes closed and my face against the warmth of his skin, focusing on his scent because somehow it helps with the panic. So I only realize we're in the bathroom when I hear the snick of a shower curtain being opened. Then Ridge sets me down on my feet on a soft rug.

But I can't step away.

The thought of moving away from him sends another rush of panic through me, so I cling tighter. I don't even know quite why, but he's become my anchor in this storm, and I'm certain that if I lose my hold on him, I'll drown.

Ridge doesn't push me away. He doesn't mock me for my weakness or leave me to face the demons howling in my head on my own. Instead, he wraps an arm around my waist to hold me in place as he leans forward and turns on the water.

4.4 out of 5 stars
4.4 out of 5
253 global ratings
How are ratings calculated?
To calculate the overall star rating and percentage breakdown by star, we don’t use a simple average. Instead, our system considers things like how recent a review is and if the reviewer bought the item on Amazon. It also analyzes reviews to verify trustworthiness.
Top reviews

Cliffhanger(?): Yes.
Romance: 2.5-3/5, it’s still growing, but there are not many affectionate scene to amount to much honest romance, right now.
Heat: 3/5, This is book one after all.
Drama: 3-3.5/5
Suspense: 4-4.5/5
Pacing: It’s Medium Fast, I wished some quality time moments were expanded for example I wish the fun pond scene was a little more detailed so it didn’t seem so short. Some moments she talked about, I wish were actual scenes in the book rather then be suddenly put as past tensed, I wish I would ‘seen & watched’ those moments.
Relationship Type: RH > Reverse Harem MMFMM

This is an interesting book, I hope it does get a bit more detailed and slows down a bit more to enjoy everything in the next book.
With the way it ended, I’m really interested to what’ll happen!!!
Read more
12 people found this helpful
Helpful
Report abuse

c3cip33
1.0 out of 5 stars Extremely boring
Reviewed in the United States on May 5, 2020
Verified Purchase
Nothing happened until the last 13%, but by then i didnt care. Just another author that thinks we want to hear someone recall all the bad in their lives
Read more
14 people found this helpful
Helpful
Report abuse

J.Medlin
3.0 out of 5 stars tired of the same story
Reviewed in the United States on June 28, 2020
Verified Purchase
Is there a writer's club that says all RH paranormal stories must have the girl from an abusive background? I've read several RHP books within the last five years that have the same premise. The girl is young and was abused in some way. The men she loves or mates with are all supernatural creatures with the same personalities- the boy next door, the serious one, the arrogant one etc. Then there is the element that she is (surprise) also a paranormal creature and is destined for something great. I've read this author's other works and was hoping for something different than the usual formula. The other RHP works from this author(Fallen University) was much more interesting even if it followed the formula for RHP Academy style books. This author is a great writer and I've had no problems with editing, unrealistic action or lack of flow and character development. My only reason for lack of stars stems from the lack of formula originality.
Read more
8 people found this helpful
Helpful
Report abuse

Common-Sense-Is-Key
2.0 out of 5 stars Pancakes have more depth.....DNF at 75%
Reviewed in the United States on January 13, 2021
Verified Purchase
Tried for humor with my title, but it feels a little flat -- *cymbal crash*
I couldn't help it lol

I thought I knew what to expect with this book. I just wanted a quick PNR series with some emotional development. My expectations were lowered to adjust to a quick series.
This appeared to fit, or so I thought.

There were too many wasted lines over-explaining basic information. Useless details were chosen over more depth. For example, how many times, in different scenes, does the news of the FMC wearing too big sweatpants or shirts needs to be detailed to the audience? Once would suffice, by acknowledging the size of the owner of said clothing; then telling of her difficulty in securing the clothes to her body. Yet, we are constantly reminded of the ill-fitting garments at every physical action the FMC does. I just don't see the importance of such repetition when there isn't enough care given to world & emotional building.

Unlike the delicacy of aging cheese, I doubt this series will get better further along.
I may revisit this again, to give it a 2nd chance, after my pessimism for it goes away.
Read more
Helpful
Report abuse

Samantha
3.0 out of 5 stars Eh
Reviewed in the United States on April 30, 2020
Verified Purchase
It was a good book, but didn’t like the ending even if it led into a second book. Felt like it didn’t have enough for a portion of it, little disappointed
Read more
3 people found this helpful
Helpful
Report abuse

Bookaholic
5.0 out of 5 stars Wow!
Reviewed in the United States on May 7, 2020
Verified Purchase
Great book. I love Sables Journey and how she recovers from her trauma thanks to the Alphas. Holy cliffhanger Batman!
Read more
3 people found this helpful
Helpful
Report abuse

Noreah
4.0 out of 5 stars On the short side but good story
Reviewed in the United States on January 25, 2021
Verified Purchase
Amazing book by Callie Rose about Sable. A girl on the run for her uncle. She is found by Ridge. He claims her as a mate ut there are 2 others too. Then when at the mating cabin there is a fourth who is claiming Sable. She is getting closer to all of them and is working through her trauma. What happens when her uncle finds her?
Read more
Helpful
Report abuse

ladycolor7
5.0 out of 5 stars Fated Magic
Reviewed in the United States on January 3, 2021
Verified Purchase
Holy shiznet!!!What a gr8 story. Or I should say start to a story. Oh how I hate cliffhangers. Anyway, this part was gr8. I recommend this read. 5 Thumbs up
Read more
Helpful
Report abuse
See all reviews

Madisson M.
4.0 out of 5 stars Liked it a lot!
Reviewed in France on October 27, 2020
Verified Purchase
I have to say, I'm not a huge fan of werewolves/witches mix in books (and I have no idea why) but this book really surprised me, especially that twist at the end!

I like Callie's character. She's a survivor and she's a strong woman. I also enjoyed the male characters as well, though in this book I felt Trystan was a bit left out.

I'm dying to know what's happening next so I will definitely read book 2!
Read more
Report abuse
See all reviews