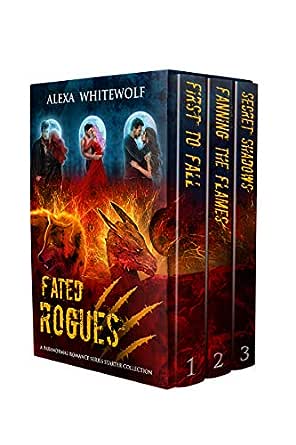 You've subscribed to Rogues Extended Universe! We will preorder your items within 24 hours of when they become available. When new books are released, we'll charge your default payment method for the lowest price available during the pre-order period.
Update your device or payment method, cancel individual pre-orders or your subscription at
Your Memberships & Subscriptions
There was an error. We were unable to process your subscription due to an error. Please refresh and try again. 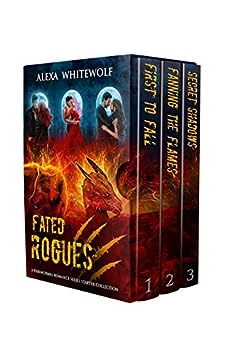 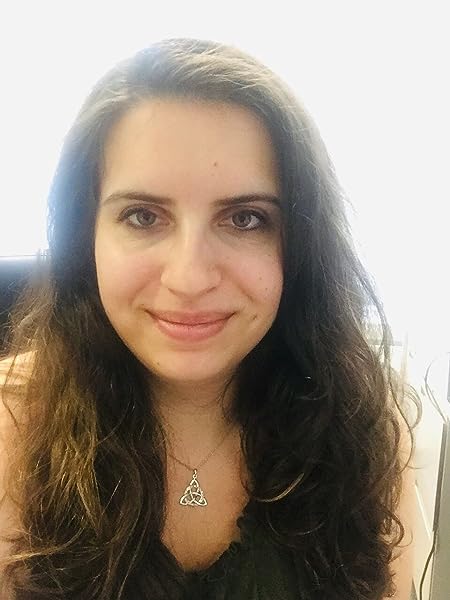 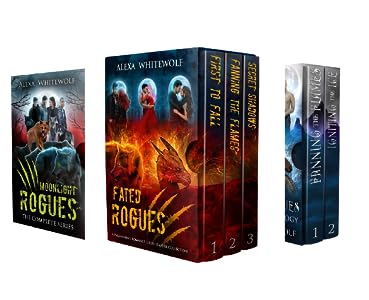 Emily Pennington
TOP 500 REVIEWER
5.0 out of 5 stars Fated Rogues Starter Collection
Reviewed in the United States on March 24, 2021
This box set contains 3 full-length novels with HEAs to lure you in. “Book 1” from each of the 3 series represented will introduce characters such as wolves, dragons, and gods, presented in a world of myths, folklore and romance. This is a series starter, so it’s a wonderful way for the reader to explore the books offered by the author before you delve into the full series, sort of a teaser to get you excited.

Titles included in this set are:

FIRST TO FALL - Dominic Kosta never belonged - now he only wants Lucrezia. As does his wolf. But can this feisty redhead be the happily ever after he’s been yearning for? And can he protect her when the town comes under attack by mysterious forces? Book 1 in the MOONLIGHT ROGUES werewolf shifter romance series.

FANNING THE FLAMES - Tytus has one goal, and one goal only - to fix what his brother Declan messed up in their ancestral home, and ensure the world is safe once more from his dragon clutches. But his best laid plans get side-tracked by the witch accompanying him on his quest. Can he save her and his brother’s soul? Or is Declan so far gone, he’s without redemption? Book 1 in the FLAMING ROGUES dragon shifter romance series.

SECRET SHADOWS - For millennia, Hades has been the black sheep of Olympus. Privy to a secret only he and Zeus know, he's taken to drowning his sorrows - and his thoughts. Immortality was working just fine for him, until his leisurely existence is threatened first by a Norse god attacking, next by two immortals hell-bent on being his guardians. And when a mysterious woman invades his dreams, Hades has to wonder if he’s losing his mind, or only now awakening to the darkest of machinations underfoot. Book 1 in the IMMORTAL ROGUES paranormal romance series.
Read more
Helpful
Report abuse

Scarolet Ellis
5.0 out of 5 stars Awesome Paranormal Romance Series Starter Collection
Reviewed in the United States on April 16, 2021
Fated Rogues: A Paranormal Romance Series Starter Collection by Alexa Whitewolf is an awesome story that I have read. This is the first box set in this series and I am hooked can not wait to read more. I highly recommend this collection to everyone who loves reading about fantasy and paranormal romance.

China36
5.0 out of 5 stars A great introduction
Reviewed in the United States on March 24, 2021
Fated Rogues is a nice box set that introduces the first book of three different series. All the books are well written and just enough of a tease to make you want to read the rest of the series.

sissyj59
5.0 out of 5 stars Great Series Starter
Reviewed in the United States on March 22, 2021
This is a good paranormal read with three first in series books. They are all great reads that I enjoyed. I think that this is a great introduction to this author's writing. I recommend!

mima48
5.0 out of 5 stars Fantastic!
Reviewed in the United States on March 26, 2021
A wonderful collection of books by the author. Great plots and characters. I volunteered to read an advance copy for an honest review.
Read more
Helpful
Report abuse

Sara Munoz
5.0 out of 5 stars Fated Rogues
Reviewed in the United States on March 30, 2021
This 3 book set of the Fated Rogues Boxset Series has steamy stories with rough, rugged, and sexy alpha males.These very well written books have characters who are well crafted and believable. These storylines are very well written with intrigue and with the characters that have growth throughout the storylines. This completed paranormal romance shifter series is filled with shifters of all kinds, feisty females who stand up to them, and enough suspense to make it interesting. Must read Series.
Read more
Helpful
Report abuse
See all reviews