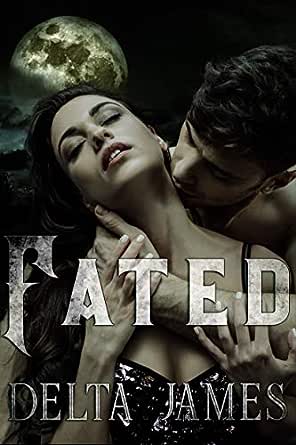 You've subscribed to Alpha Lords! We will preorder your items within 24 hours of when they become available. When new books are released, we'll charge your default payment method for the lowest price available during the pre-order period.
Update your device or payment method, cancel individual pre-orders or your subscription at
Your Memberships & Subscriptions 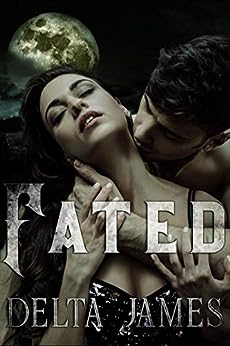 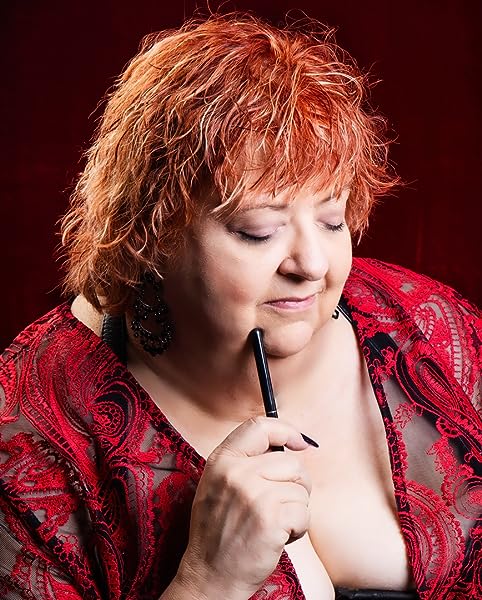 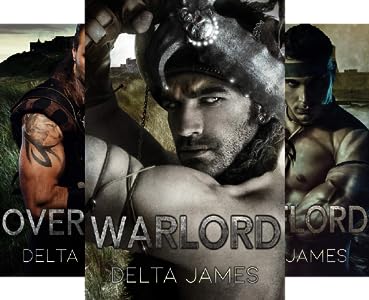 4.3 out of 5 stars
4.3 out of 5
130 global ratings
How are ratings calculated?
To calculate the overall star rating and percentage breakdown by star, we don’t use a simple average. Instead, our system considers things like how recent a review is and if the reviewer bought the item on Amazon. It also analyzes reviews to verify trustworthiness.
Top reviews

CWJ
5.0 out of 5 stars This Is a big WOW
Reviewed in the United States on May 1, 2020
Verified Purchase
I read an advanced copy of this book and couldn't wait to buy my own copy - which I did the moment it came out. If you're a fan of the Wayward Mates and their Post Apocalyptic descendants then this book has it all. You can read it as a stand-alone but if you like it you'll want to read the rest.
Meet Regency Emma who is turned into a vampire and follow her story as it draws her towards her "fated mate", Jean-Christophe the alpha of post apocalyptic New Orleans.
Can wolfshifter DNA give a vampire the gift of seeing the sun rise again?
It's probably an understatement to say I loved this book.....................
Read more
3 people found this helpful
Helpful
Report abuse

lisdey
1.0 out of 5 stars Three hours wasted!
Reviewed in the United States on June 16, 2020
Verified Purchase
I read about 3 books a week, I read any type of books and I have to say tang this is the worst book I have ever bought. I don’t understand why it has such ratings. The book is so simple. The main character keeps getting rape over and over and she falls in love, the end.
Read more
4 people found this helpful
Helpful
Report abuse

KindleLuvr
3.0 out of 5 stars It was ok
Reviewed in the United States on July 5, 2020
Verified Purchase
Not sure why I didn't like it. I couldn't settle into the story. If you like rough sex, shifters, vampyr and a somewhat feisty heroine this story maybe for you
Read more
2 people found this helpful
Helpful
Report abuse

Dawn J.
5.0 out of 5 stars Fantastic
Reviewed in the United States on May 15, 2020
Verified Purchase
Like all of her other books in this series, just fantastic. This book like the others is the full gambit. Do wish the ending was a little more like her other hea’s but still good
Read more
One person found this helpful
Helpful
Report abuse

Judy Vaughan
5.0 out of 5 stars Fated
Reviewed in the United States on May 2, 2020
Verified Purchase
OMG Loved this book, just ended too soon. Hope there is a follow up. I loved all the fated mates book. Gave this one a 5 as well as the others
Read more
One person found this helpful
Helpful
Report abuse

Kindle Customer
5.0 out of 5 stars I want more
Reviewed in the United States on May 11, 2020
Verified Purchase
This was a wonderful story. Lots of hot disturbing sex and Alfa holes that you just want to kick their asses or let them spank and tongue the blazes out of yours! Seriously hope this so continues.
Read more
One person found this helpful
Helpful
Report abuse

Emmellen
2.0 out of 5 stars Confusing characterizations, timeline, and plot
Reviewed in the United States on May 9, 2020
Fated follows in the lines of James’ earlier shifter books, but it moves to a “future” setting that is actually a step back to older times and behaviors. Much of this book uses the patented approach that James takes to her fated mates shown in her Wayward Mates series; the hero Jean-Christophe is even a descendant from a couple in that series. So you have another uber-alpha hero and a heroine who’s feisty but can’t win anything against the hero. But there were elements in Fated that didn’t make sense to me, and that made me struggle with this book.

For one thing, the heroine Emma is a vampire, one who’s lived for hundreds of years. Despite this, she came across as the typical James heroine, instead of James exploiting the unique nature of vampires to put a whole new twist on this series. You’d think a long-lived vampire would be wily and able to avoid the typical alpha wolf-shifter dominance techniques of James’ heroes. But other than a brief shape shift, she really doesn’t do much else vampiric. Also, vampires usually are exceptionally strong. But Jean-Christophe easily overpowers Emma at every turn, and that to me was a missed opportunity. What would a wolf shifter do against another type of paranormal being who would have strength equal to his? This also made Jean-Christophe less sympathetic; he never listens to Emma’s concerns and barrels ahead with his sure-fire belief that she’s his and that their relationship will work.

That’s because Jean-Christophe also insists that if he bites Emma, she’ll turn into a wolf shifter and cease being immortal and undead. That’s a major twist from most vampire lore, and I would have appreciated more discussion of how that had been done to other vampires, how many times it had been done and worked, etc. For example, Emma alludes to an earlier time where she was offered to be turned; if this was easy to do, why wouldn’t more vampires who were just tired of being immortally undead asked to be turned into wolf shifters to live normal lifespans? Without much structure to this, I couldn’t make sense of it.

There was also a major continuity error in the books. Only 100 years elapses between two points in Emma’s life, but the way things are written indicates multiple centuries have passed, not just 100 years. Jean-Christophe speaks of his ancestors Darby and Jean-Michel as if they were long-past antecedents and mentions “hundreds” of years between them. If it was truly only 100 years, they’d be his grandparents or at best great-grandparents. And many people today would remember someone that closely related to them, rather than speaking as if they lived in ages past. This is an easy fix for James to make that I hope she does (as the years are referred to by date only at the beginning of chapters), especially if she wants to write more in this setting.

Fated also unique in that heroine and hero don’t meet until just about the halfway point. If this is something that bothers you in your reading, be advised. Finally, there’s a villain introduced, and not a lot happens with him. I don’t know if James will be writing more about this couple, or if the villain is supposed to be the Big Bad of a new series, but right now, he really wasn’t developed enough to be a credible threat.

If you like James’ style with heroes and heroines, you’ll be happy with Fated overall. But for me, everything wrapped around that plot led to more questions than answers.
Read more
10 people found this helpful
Helpful
Report abuse

K. Piper
1.0 out of 5 stars One of the worst books I have read in a long time...
Reviewed in the United States on May 11, 2020
I am not sure why it is rated to so highly unless all people want to read about is bad sex. I could not even finish the book which is saying a lot because I read a lot of books, 1-2 per day. I like the dark romance, but this isn't even that. Maybe I quit too soon, but there was no rhyme or reason to this book. No story line. Nothing tied together. It was awful. This was my first read of this author, probably won't try another.
Read more
5 people found this helpful
Helpful
Report abuse
See all reviews