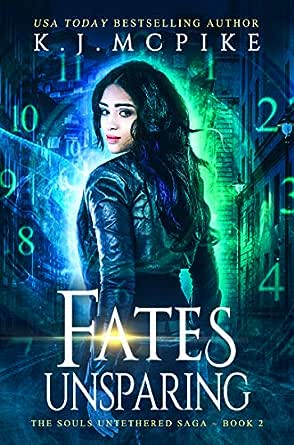 You've subscribed to The Souls Untethered Saga! We will preorder your items within 24 hours of when they become available. When new books are released, we'll charge your default payment method for the lowest price available during the pre-order period.
Update your device or payment method, cancel individual pre-orders or your subscription at
Your Memberships & Subscriptions
There was an error. We were unable to process your subscription due to an error. Please refresh and try again. 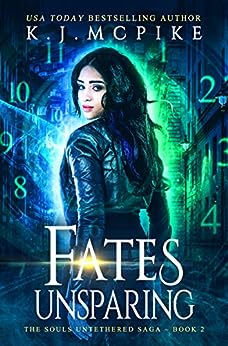 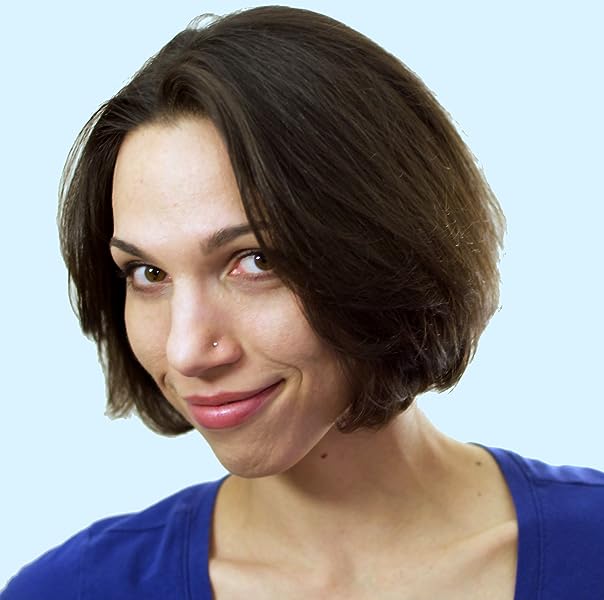 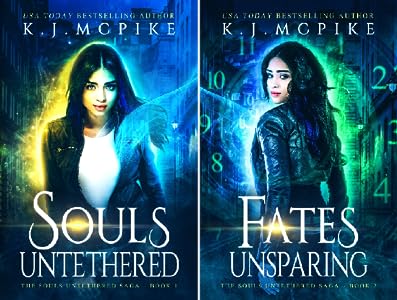 "With twists, turns, and impossible tasks...heartbreak and second chances, this book had everything to keep me hooked. And believe, me I was hooked." --T.L. McDonald, Author of the MARKED series --This text refers to an alternate kindle_edition edition.

Jennifer Meadows
5.0 out of 5 stars Page turner
Reviewed in the United States on July 10, 2017
Verified Purchase
She does it again!!!! Amazing writing....keep me guessing at ever my turn! Hurry up book 4!
Read more
Helpful
Comment Report abuse

Judith Rodgers
5.0 out of 5 stars Best reading
Reviewed in the United States on July 11, 2017
Verified Purchase
I loved the way you put the emotional feeling with all the characters. Please continue this series, I can't put the story down until finish it. I would tell everyone to Read this series.
Read more
Helpful
Comment Report abuse

Kathleen M. Lance
3.0 out of 5 stars Confusing
Reviewed in the United States on July 17, 2018
I received a free copy of this book in exchange for an unbiased review.

Is this book called "Fates Unsparing" or "Tenuous"? I've read reviews using both titles. Almost as confusing as parts of the book!

The basis of the book, a group of time-travelling young people with special powers, is not particularly original, but the cooperation and teamwork shown by the characters is inspiring.

The large number of secondary characters are not well-defined and so hard to tell apart. The reader will figure out that some are there to assist and others to hinder, but aside from their obvious roles, there is nothing distinctive about any of them. For example, Kai’s sister Kala, who should have a major impact on the story line, is not very interesting at all. Although she does provide some assistance at the end, there is not enough about her to make her an appealing character. One of the problems is that there are just so many characters to keep track of that I, as a reader, finally just gave up.

Confusion reigns as well in all of the scenes with action, including fights, captures, and escapes. These scenes are quite detailed, but still hard to follow and come so often that it becomes hard to tell one from another. The action sequences may appeal to YA readers, but they certainly didn’t appeal to me as an adult reader.
Read more
Helpful
Comment Report abuse

ShrykespeareTop Contributor: Action Figures
5.0 out of 5 stars Brilliant!!
Reviewed in the United States on May 30, 2017
In a very short time, I have become a HUGE fan of Kelly McPike's writing. You can't help but admire an author who can craft a world involving such fantastical elements as astral projection and time travel with such precision and intricate detail, and yet still find a way to keep the story moving at a brisk pace.

Following the events of XODUS and Nemesis, Lali and her siblings must deal with a tragedy so terrible that they cannot accept it - and as a reader, neither could I - so they formulate a plan to travel back in time to prevent it from happening in the first place. Unfortunately, things soon go from bad to worse, as usually happens when people try to muck with the time-line.

I won't lie, some sections were quite hard to read, as we are given a glimpse of just how freakin' evil the Eyes and Ears are. The book had me turning page after page because I want our tiny heroes to win the day and give the bad guys their comeuppance. By the end, I was filled with both happiness and sadness at the book's conclusion, as well as anticipation for the next book in the series. I honestly cannot wait for it.
Read more
Helpful
Comment Report abuse

In this book, we see more of the other realm where her mom is from, which is pretty cool. We see a lot of the labs Delta and Kala were kept in and everything starts to round out more.

I'm a hopeless romantic and am always hoping for more romance, but I'm so freaking torn. Do we forgive Kai for everything? I feel sad for him, but a certain person gets very hurt because of him in this and I can't forgive that. Anyways, I'm rambling, so I'll just end with this. I love K.J. McPike's writing style. A lot.

T.L.
5.0 out of 5 stars Awesome Read! I Couldn't Put It Down!
Reviewed in the United States on May 30, 2017
I’ve been waiting to get my eager little hands on Tenuous, and now that I have, I can honestly say…I absolutely LOVED it. Once I started reading, I was once again completely invested in the characters and swept right back into the story.

Hiding from the Eyes and Ears, all Lali wants is to go back to the way it was before her life got turned upside down, but things are never that easy, especially when fate has other plan. And even though she wants nothing to do with Kai (and for good reason) when he comes to her asking for help, she can’t refuse. It’s a decision that will change everything and afterwards, nothing will ever be the same.

With a storyline like that, how could I not be hooked? And believe me I was hooked. This book had everything needed to keep my eyes glued to the page: twists, turns, and impossible tasks mixed together with heartbreak and second chances. I cannot wait for the next book in the series to come out.

I was given an ARC copy of this book from the author.
Read more
Helpful
Comment Report abuse
See all reviews from the United States