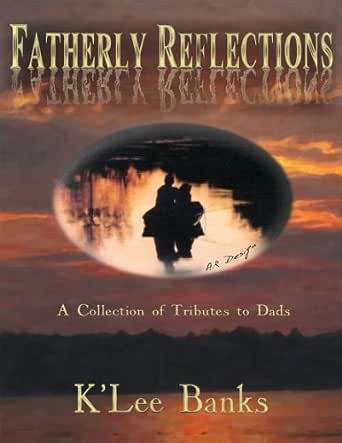 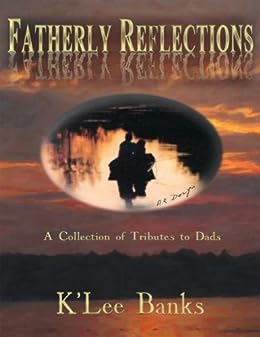 Two weeks before Father's Day 2012, I awoke with the inspiration to write my first eBook, focusing on the topic of fatherhood.

My initial thought was to include the various reflections, poems, and words of wisdom about and from my own Dad. Then I decided to expand it to include thoughts from other family members and friends for whom my Dad was a father, a grandfather, a father figure, and/or an inspiration in their lives in some way.

In another section, I decided to include thoughts from other people about their own fathers, grandfathers, father figures, and -- yes -- reflections on our Heavenly Father.

Finally, since I know not everyone has had the benefit of having a wonderful Dad like I did, I decided to include a section of thoughts for current and future fathers about things to do and NOT do in order to be good fathers.

The experience of writing this eBook has been an amazing journey, reflecting on my childhood and 50+ years of life -- all influenced by the amazing man I was proud to call Dad: Ben Willis.

Even though he left this world too soon, as a victim of lymphoma in 2002, his influence and his legacy live on in all of us who had the privilege of knowing him and loving him, in all his various roles as a husband, father, grandfather, uncle, brother, and friend.

Sadly, my Mom also passed away, in July 2011. While we miss her, we are comforted in knowing that she has joined 'her Ben' and her heavenly Father, both of whom we suspect awaited her with open arms and Dad's trademark hugs!

Their final resting places are side by side, at the Veterans Cemetery in New Hampshire -- together again, in heaven and on earth!

I hope that this book will be a blessing and an inspiration to all those who read it -- and that all men who are or someday will be fathers might learn from the examples shared about my Dad and other beloved fathers.          ~~K'Lee Banks, June, 2012

"The righteous man walks in his integrity; his children are blessed after him." -- Proverbs 20:7

Fatherly Reflections is about such a man, Ben Willis, because nearly 10 years after his passing, his children, grandchildren, and friends reflect on the blessings of having known him and cherish his ongoing influence on their lives.

Fatherly Reflections includes the author's tributes to her Dad, the tributes of others who knew him, and tributes from others about their own fathers.

Fatherly Reflections also includes thought-provoking words of wisdom for current and future Dads, along with photo galleries of memories and original sketches by the author's talented twin nieces.

Current Dads, those who may be fathers some day, and all those who love/d their Dads will benefit from this warm collection of poems, short stories, and tributes to Dads.

"Grampy and I sat there for a good two hours, with our lines cast,
anticipating the first nibble of some unsuspecting fish.
We didn't talk; we didn't have to.
The thoughts in our minds were too great,
yet too simple for words.
This was our special place,
a place where we didn't have to talk to communicate,
where people weren't bothering us,
where we could just sit and bask in the simplicity of it all."
~~ Shara Ross

K'Lee Banks has been providing professional freelance work from her home office in Maine since early 2008. She has an extensive background inwriting and editing, and since 2008, instructional design and curriculum development, as well as instructional facilitation and tutoring.

She has written several hundred articles, published on the Web, primarily for several webcontent companies and private clients. The majority of these articlesare on general and special education, online learning and distanceeducation, child development, parenting, and entrepreneurial topics.

Now she has turned her interest and efforts to writing books.
Read more

4.3 out of 5 stars
4.3 out of 5
4 customer ratings
How does Amazon calculate star ratings?
Amazon calculates a product’s star ratings based on a machine learned model instead of a raw data average. The model takes into account factors including the age of a rating, whether the ratings are from verified purchasers, and factors that establish reviewer trustworthiness.
Top Reviews

Tracey Sandilands
4.0 out of 5 stars Surprisingly touching
Reviewed in the United States on June 23, 2012
Verified Purchase
Fatherly Reflections This is not the kind of book I usually appreciate, but I surprised myself by reading it from start to finish. I found it surprisingly touching, and for someone who didn't have a great relationship with my father, and who struggles to think of anyone I know who did, I found it very moving.

The narrative about the author's respect for her father and the contributions from family members weave a moving story of tremendous love. The extra sections from other contributors serve to create a feel-good read that anyone who has ever been a parent will appreciate, and anyone who misses their own father will relate to.

J. Inouye
5.0 out of 5 stars Intensely personal, and yet somehow universal.
Reviewed in the United States on January 3, 2014
This is an incredibly personal collection of memories and feelings about the author's father, and yet it somehow becomes more than that. In celebrating the life of a single wonderful father, this book also asks deeper questions about the nature of the parent child relationship and about what makes a man a good man. This book gives a person insight into the reality of family connections and the ties that bind.

As someone who never had a close connection to her father, I found myself feeling emotional when reading through this book. In some ways, this book answers a question I didn't really know I had: what it would mean to have a father. For the first time, I feel like I actually understand this unique bond and connection in a way that I don't think I could have otherwise.

BarbaraA
4.0 out of 5 stars Reflection on Fatherly Reflections
Reviewed in the United States on June 21, 2012
I have known the author K'Lee Banks, for three years now. As a highly talented writer and educator, K'Lee has the gift of writing and expressing her thoughts and feelings - a gift given by our Creator.

When K'Lee asked her family and friends to provide written memories of their fathers, I jumped at the chance. We have both had fathers who loved us and wanted only the best for us.

As I read her memories of life with her father, I was definitely able to relate. While I'm not done, I am really enjoying reading the stories, seeing the pictures and loving the beauty of the words she and her family wrote down.

K'Lee's dad must have been one in a million, because she mentions him often. While the pain of losing our dads is never "gone," it does ease with time. K'Lee, he's watching down over you and smiling at what you've accomplished, my friend.

PEIsland Nana
4.0 out of 5 stars One in a million dad
Reviewed in the United States on June 30, 2012
I have known the author since we were little girls. Because of that relationship, I knew her family very well. Ben was one of those "one in a million" dads.

K'Lee's book is a tribute to her dad (and to the many fathers out there) who understood the importance of "being present", of loving his family as Christ loved him, and of providing for and protecting his family. Ben was not an absent father. He led his wife, his three daughters and son to revere the Lord, and to relish the strength of family.

Many readers will not have the experience the author had with her father, but they will appreciate the special relationship that Ben, and consequently the author, worked hard at. I know firsthand that life was not especially easy, but Ben consistently remained "present" despite choices and circumstances some of his children found themselves dealing with.

And always, he loved...unconditionally. He prayed for his children; scolded and disciplined his children; and sometimes exhibited very tough love - that nearly broke him - in an effort to see his family become centered once again.

I found the book to be an easy read and full of authenticity.