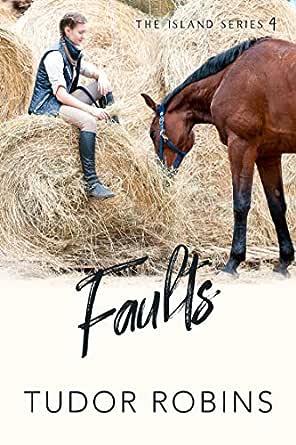 You've subscribed to Island Trilogy! We will preorder your items within 24 hours of when they become available. When new books are released, we'll charge your default payment method for the lowest price available during the pre-order period.
Update your device or payment method, cancel individual pre-orders or your subscription at
Your Memberships & Subscriptions
There was an error. We were unable to process your subscription due to an error. Please refresh and try again. 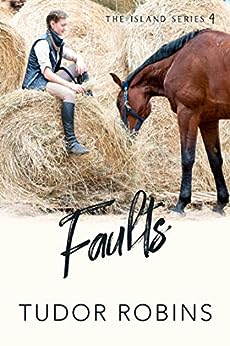 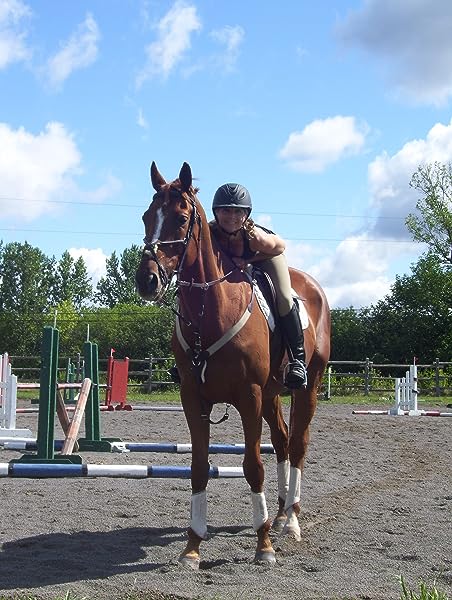 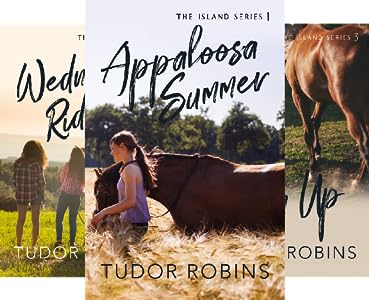 Kate Lattey
5.0 out of 5 stars Beautifully-realised location and characters
Reviewed in the United States on November 6, 2016
Verified Purchase
Really enjoyed this book! There is something magical about the island and the summer setting that makes me wish I was really there. The characters are so human and well-realised, and the story and dialogue is realistic and never trite or condescending towards its teenage protagonists. Likewise, the adults in the story are realistically depicted, perfectly imperfect rather than the caricatures that so often appear in YA fiction. This story plays to Tudor's strengths as an author - compassionate, complex characters and a setting you just want to step into and become a part of. This is possibly my favourite of her novels so far!
Read more
Helpful
Comment Report abuse

Sue B
5.0 out of 5 stars Horse lover or not
Reviewed in the United States on January 5, 2019
Verified Purchase
Love Tudor Robin's books, all of them, just a complete and total enjoyment. Takes me away from the real world for a little bit!
Read more
Helpful
Comment Report abuse

TiaLee
3.0 out of 5 stars Three Stars
Reviewed in the United States on December 16, 2016
Verified Purchase
Not much on horses.
Read more
Helpful
Comment Report abuse

Anne
5.0 out of 5 stars Fault is a fast-paced read that will keep you turning those pages.
Reviewed in the United States on January 16, 2017
Austen knows all about sacrifice. Her sister is gravely ill, and she would do anything to see her recover, even if that means giving up her pony and her plans for this summer and spending it instead on the Island.

Rand has no say in his life anymore — not after that getting drunk and stealing the neighbor's car incident and then there was that whole crashing the said neighbor's car into the neighbor's house. Yep...that will get you into a whole heap of trouble! His relationship with his father is brief emails and any relationship he had with his mother has rapidly gone down hill, he becomes angry and resentful. Out of desperation, his mother sends him to his Uncle, who lives on the Island.

Tudor Robins has done it again! Fault is superbly written with flowing prose and a gripping storyline. I adored the characterization of Austen — I know many young carers' who put their lives on hold to help look after a sick relative, and they do so with the same courageous attitude and understanding as Austen does. They really are all heroes, and it was wonderful to read a young career portrayed in such a positive light. Thank you, Tudor. Likewise, Rand is a lost soul who thinks the world hates him. On the island, he learns that there are some people who will stand up for him no matter what that means for them. His faith in humanity is slowly restored.

Fault is a fast-paced read that will keep you turning those pages. Add to it the equestrian backdrop and you have yourself one great read! I was simply enchanted by this tale. Well done, Tudor!

*I received a copy of this book from the author, and I chose to leave a review.*
Read more
Helpful
Comment Report abuse

Donna
4.0 out of 5 stars Great Horse/Contemporary Book!
Reviewed in the United States on November 24, 2016
The fourth book in Tudor Robins’ Island series, Faults, offers a fresh perspective on The Island. I was expecting something quite different to what I got. The first two books of the series were centred around Meg and Jared. The third was centred around Lacey, who appeared regularly in the first two books and is Jared’s cousin. This one takes a step away from the usual characters in the first three books and chooses to focus on two new characters, Austen and Rand. It follows the two characters as they work through the summer and explore their budding relationship. Oh, and there’s a horse, too. There’s always a horse. :)

Austen is the ultimate good girl. With two overprotective parents and a sick sister, she always has to be available for her family. She always does what is best for her family, even if she doesn’t want to. Rand, after getting in trouble back on Toronto, gets sent to The Island for the summer to live with his uncle and find a job. They both find work for Meg and Jared. Austen is also given a horse, Mac, to work on.

I was quite surprised when I began reading the book and realised that the two protagonists were entirely new. I had to admit, I’ve grown comfortable with Meg, Jared, and Lacey. I was even more surprised when I discovered that the book was told from an alternating POV. Austen was a fantastic character. She’s the typical good girl, but certainly not a boring one. She tries her hardest to take care of her family and do what is right. I really liked Austen, and she proved to be funny, strong, and not boring at all.

I liked Rand equally as much as Austen. He’s a bit rougher and has some attitude issues at times, but I found him relatable and likable. As usual, Tudor does a good job of creating likable, realistic characters. The issues that Rand and Austen faced were quite genuine.

I feel that the main focus of Faults is on Austen and Rand, rather than on horses. This is not necessarily a bad thing, although if you’re looking for a book that focuses heavily on horses and competing, you might feel a little disappointed. There is a fair bit of horse stuff in there, with Austen being offered a horse to work with as well as working at a horse riding camp, but the book mainly focuses on the characters and their problems. Lacey, who was the main character in the previous book, Join Up, also worked at a horse camp, although Tudor does not focus as heavily on the camp in Faults.

Tudor focuses on some difficult issues in this book. They are not confronting or graphic or anything, but they are difficult issues that are not necessarily have clear cut solutions. Austen’s sister’s illness is portrayed incredibly well. Tudor addresses the complexity of the situation from Austen’s family’s point of view, as well as addressing how Austen’s sister herself feels. I found the conflict that both characters faced to be really interesting and definitely the biggest selling point of the book.

As usual, I love how Tudor portrays “the Island”, where the Island Series is based on. All of the books in the series, minus Join Up are set on the Island, which is based on Wolfe Island (I read Tudor’s blog as well :) ). Tudor describes the island beautifully, and she makes me feel like I’ve literally been transported to this awesome, summery, country island. The author includes little details which make the island seem like a real, tangible place. Interestingly enough, because the Island series has been told from so many perspectives (Meg’s, Lacey’s, Austen’s, and Rand’s), the island is viewed differently from each person. Which is actually great, because the Island isn’t really shown as a perfect, unrealistic place. Throughout the series, it’s also been described as a “hick” island, as a place where gossip travels fast, and even proves to be isolating/boring at times. Tudor really captures the intricacies of living in a rural area as well as its impracticalities.

I do wish that Faults was a little more cohesive with the rest of the series though. The first two books were told from Meg’s point of view, the third was from Lacey’s (who was a fairly major character in Meg’s books) point of view. Austen and Rand do not appear elsewhere in the series… They just appear and end up renting Meg’s family’s cottage. I understand the reasoning behind this, as perhaps there was not much more to be explored with Meg and Lacey. However, I wish Austen and Rand had linked in a little better with past characters, or had appeared in one of the previous books. It’s a little jarring to change characters completely, but have the same setting and feature old characters. I did end up loving Austen and Rand, but I did wish that Faults was told from a more familiar character. I would have loved to see something from Bridget, Carly, Slate, or even Lacey or Meg again.

I very much enjoyed reading faults, with the characterisation and the issues that both main characters face to be the best parts of the book. The book has a lovely setting and does feature a fair bit of horse related stuff. I only wish that the book had tied in with the other a bit better. I would definitely recommend this book for anyone looking for a horse book or a contemporary novel.

(BTW who else is looking forward to the next book in Tudor’s Downhill series?)

A copy was provided by the author in exchange for an honest review.
Read more
One person found this helpful
Helpful
Comment Report abuse
See all reviews from the United States

Lizzie B
5.0 out of 5 stars Top!
Reviewed in France on March 21, 2019
Verified Purchase
I love this book serie! All of them are well written and it's a pleasure to read them again and again :)
Read more
Helpful
Sending feedback...
Thank you for your feedback.
Sorry, we failed to record your vote. Please try again
Report abuse