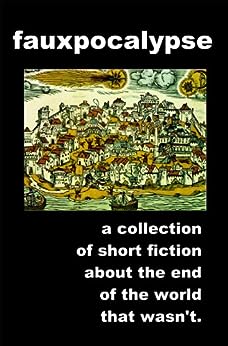 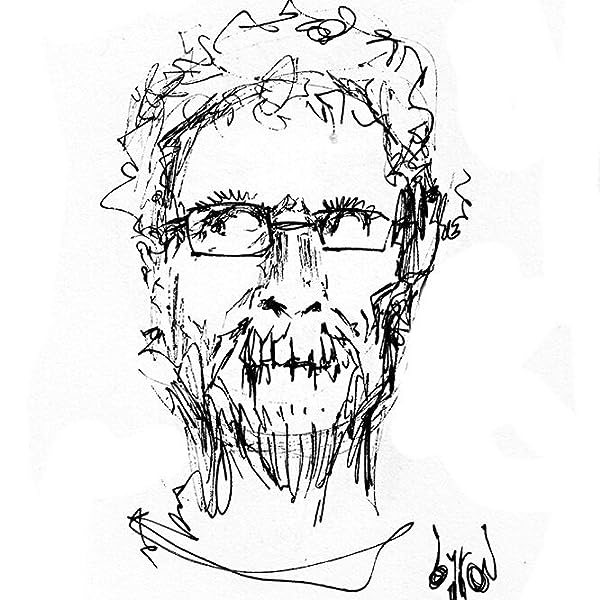 Fauxpocalypse: a collection of short fiction about the end of the world that wasn't Kindle Edition

...a masterpiece depictinghuman behavior in a dozen different ways....

...Fauxpocalypse isone apocalyptic short story collection you really must read; it is headand shoulders about the rest.
Reviewed by Lee Ashford for Readers' Favorite

And keep an eye on the various names you see as authors within this collection. They're wonderful folks to work with, and each a very talented storyteller on his or her own.

Mad Margaret
4.0 out of 5 stars A thoughtful collection
Reviewed in the United States on December 22, 2013
Verified Purchase
So, what if nearly everyone on Earth believed that the planet was going to be hit by an asteroid and life would end. And what if that prediction never came true. Now what?
That's the premise of this wonderful collection of stories of which one, "Vodka and Watermelons", is mine. Highly recommended.

Cleve
5.0 out of 5 stars Maevelous!
Reviewed in the United States on December 29, 2013
Verified Purchase
This collection of short stories is as rich as any full length novel ever read. The many scenarios and vibrant dialogue captured me unknowingly and I found myself mesmerized into reading one page after the other. When I turned the last page I wanted more stories, more scenarios. Superb!
Read more
3 people found this helpful
Helpful
Report abuse

Kate I. Foley
5.0 out of 5 stars A unique read--there's nothing else like it!
Reviewed in the United States on December 20, 2013
Verified Purchase
Being a contributor to the "Fauxpocalypse", I had the pleasure of reading all of the books before they were published. :) I can assure you that all of the stories are fantastic. Some were humorous, others dark, but they were all great. They're very diverse and there was a great balance of styles. I highly recommend this book!
Read more
4 people found this helpful
Helpful
Report abuse

meh
4.0 out of 5 stars Read it!
Reviewed in the United States on April 22, 2014
Verified Purchase
I love the premise of this book. The world is going to end. Armageddon. A death-dealing comet. Then, the world keeps on spinning.

This collection of stories about "the end of the world that wasn't" is a fascinating read. Unfortunately, there were a couple of stories in here that weren't as strong as the rest, but overall the book is a fabulous read and I highly recommend it.
Read more
One person found this helpful
Helpful
Report abuse

Wayne Hills
3.0 out of 5 stars Entertaining for the price.
Reviewed in the United States on April 6, 2015
Verified Purchase
Clever and entertaining stories, but the editing of individual submissions is spotty.
Read more
Helpful
Report abuse

Chihuahua Zero
3.0 out of 5 stars Stellar premise with mixed-bag stories
Reviewed in the United States on April 20, 2014
So what if the world-ending comet misses? What results is a motley of stories. Some gripped me from beginning to end, while others I skipped. So it fails to be formidable, but not a waste of money if you buy it.

The beginning exemplifies this. The introduction delivers exposition in one of the best ways I've seen in a long time. The wit made me laugh through the entire section, with a sense of dark humor. And then...the opening story sort of hung. It does its job of establishing the world, but it ends with no sense of arc, and no strong impression.

My favorite of the stories is one of the longest, which features a girl returning from the riot-torn city to her rural parents, where they have to deal with envious neighbors and untrustworthy guests. What caught me was the pervasive tone that everything going right...won't last. It it concludes satisfyingly.

Content ratings vary between stories. Some have little objectionable material beyond those inherent to the premise. Others have mentions of sex, graphic violence, and strong language. Also, a couple of stories depict religious characters going wrong, while one has a more balanced to the matter. I would say this is a hard PG-13, with only a couple of really uneasy moments. But no gorefest or explicit sex.

So in general, go in not expecting the best read, but a couple of the stories should entertain you. Maybe Fauxpocalypse 2 will have a stronger cast of stories.
Read more
2 people found this helpful
Helpful
Report abuse

Jaime B.
4.0 out of 5 stars Fantastic Collection!
Reviewed in the United States on April 18, 2014
I can honestly say I've never read a collection like this one, but I'd love to find more like this if they're around... I don't actually own many short story collections, but this one called out to me, and I'm glad it did. Not every story is a great one, but overall the collection comes together nicely, taking a look at how people live when they think the world is ending, and how they survive when it doesn't.
Read more
3 people found this helpful
Helpful
Report abuse
See all reviews

fran
4.0 out of 5 stars Intriguing collection of stories
Reviewed in the United Kingdom on February 4, 2014
Verified Purchase
An intriguing and thought-provoking collection of well written stories ,some long, some short, that are from several continents and thus have a different view of the non-event. It would have been good to have some lengthened into a book to find out what happened next...Worth another read, and that from a person who doesn't usually read short stories !
Read more
One person found this helpful
Report abuse

Margaret
4.0 out of 5 stars How would you react?
Reviewed in the United Kingdom on February 22, 2014
Verified Purchase
Panic. Riots. Shootings. Theft. Acceptance. Hope. God. Self-sacrifice.
If you knew when the end of the world was coming what would you do? And if it did not end when you expected it to, what then? An interesting collection of short stories which might make you examine your own expectations of life. Worth a second read.
Read more
One person found this helpful
Report abuse
See all reviews
Back to top
Get to Know Us
Make Money with Us
Amazon Payment Products
Let Us Help You
EnglishChoose a language for shopping. United StatesChoose a country/region for shopping.
© 1996-2021, Amazon.com, Inc. or its affiliates