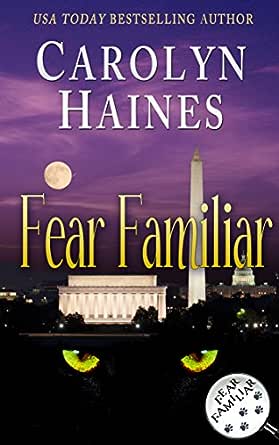 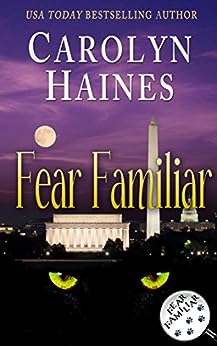 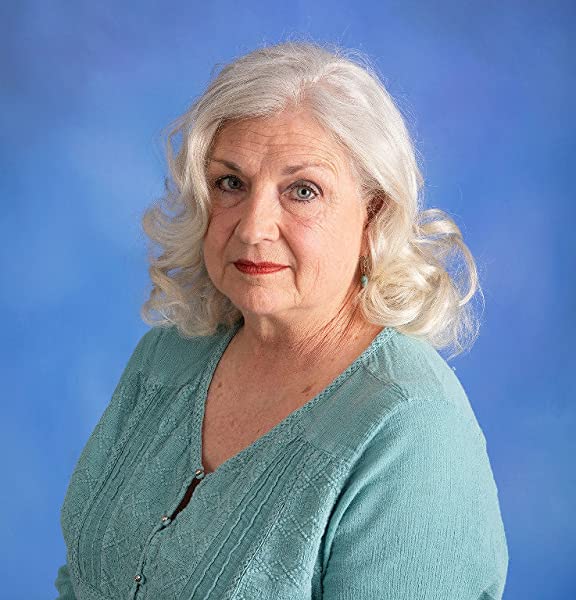 4.5 out of 5 stars
4.5 out of 5
81 global ratings
How are ratings calculated?
To calculate the overall star rating and percentage breakdown by star, we don’t use a simple average. Instead, our system considers things like how recent a review is and if the reviewer bought the item on Amazon. It also analyzes reviews to verify trustworthiness.
Top reviews

Ashley McConnell
3.0 out of 5 stars Good cat. Bad mystery framework.
Reviewed in the United States on June 24, 2017
Verified Purchase
I'm a longtime fan os this author's Sarah Booth Delany series, so I bought the first three in this series more or less automatically. This may not have been a good plan.
On the plus side: the cat is very good. The romantic element is nice.
On the minus side: Haines makes a fundamental mistake right out of the box with regard to law enforcement, and compounds it with behavior which no LEO would do. She does not know the difference between the CIA and the FBI, and when you're writing something that purports to be a mystery, that matters. These books started off as Harelequin Intrigues, I believe, which means that the editor is at fault as well, but I wish Ms. Haines would join a group like crimescenewriters or at least do basic (VERY basic) homework. My old writing teacher used to qute the adage, "Your reader will swallow a camel but will choke on a gnat," and I choked on this one.

Our heroine, who has a Past through no fault of her own, rescues a limping black cat, takes it to a vet, and things get complicated from there. An animal-rights activist shows up out of nowhere to barge into her apartment (while she stands by with her mouth hanging open), a CIA (!) agent wants to interview her late at night, alone, in her apartment about classified activity, and someone she thought was dead, isn't. Meanwhile, the cat, now named Familiar, has strolled in and taken over her allegedly no-pets apartment (as a long-time cat owner, I know from experience that an unaltered male cat is not the trouble-free pet that, say, your average goldfish might be, although I will concede that cats are USUALLY quieter than dogs...usually...) (but the strolling-in and taking over part is spot on!). Our Heroine has no curiosity about any of this, having adopted the Greta Garbo approach to life ("I just want to be left alone"), but, of course, that doesn't last.

Read this one for the cat, not the mystery. Too many gnats the size of camels.
Read more
8 people found this helpful
Helpful
Comment Report abuse

LeNoir
5.0 out of 5 stars Not just for cat lovers--fun, fast paced, full of action and romance and mystery
Reviewed in the United States on April 12, 2017
Verified Purchase
The talented and versatile Carolyn Haines can write dark (REVERENT), light (her Sarah Booth Delany series) and otherworldly/ghostly (THE BOOK OF THE BELOVED) and romance (BABE IN THE WOODS)—and she excels at mystery (her upcoming HOUSE OF MEMORY). But here’s how amazingly talented a writer she is: she can do all of these in one book. Hence you will find FEAR FAMILIAR has ghost-story moments, lightness and darkness, romance and plenty of mystery, all wrapped up in a delightful, fun, fast-paced, full-of- action story with a sleek, smart feline at the center of it all. Though I’m a Carolyn Haines fan, somehow I missed FEAR FAMILIAR the first time, but not this go-round. Yes, it’s a re-release, but there’s nothing dated or stale in this story. Not just for cat lovers—but it helps!
Read more
3 people found this helpful
Helpful
Comment Report abuse

Illinois Reader
5.0 out of 5 stars Non-stop mystery and action
Reviewed in the United States on May 10, 2017
Verified Purchase
Who would think rescuing an injured black cat from a university parking lot would result in a loyal pet, finding your true love, and foiling a terrorist plot with a trained orangutan? When Eleanor Duncan rescues the cat and names it Familiar, she takes it to a nearby veterinarian to receive needed medical care. Who would have thought that the vet she picked would lead to so much mystery and mayhem?

Familiar is smarter than the average cat, and although he was released from a Clinical Behavior facility (testing lab), he adopts Eleanor and helps lead her and the vet to the necessary clues to solve the mystery.

Black cats, dead husband come back to life, and CIA terrorist plots combine with violence from the seventies and animal rights activists. This book was exciting and bewildering from start to finish! I loved the way the author tied everything together with one last twist near the end, Ms Haines is a great storyteller, and this book is just the first of three books about Familiar and his cleverness. A lovely balance of emotions throughout, it will be enjoyed by anyone with a soft spot for an animal!
Read more
One person found this helpful
Helpful
Comment Report abuse

Rebecca
5.0 out of 5 stars If you like mystery and romance
Reviewed in the United States on April 11, 2017
Verified Purchase
If you like mystery and romance, you'll love this book. Eleanor rescues an injured black cat and opens the door to danger and intrigue, but also love. Although it has one super smart cat ferreting out the bad guys, you don't have to be a cat owner to fall in love with Familiar. He's smart, sassy, and a dang good detective.

Sonya Fowler
3.0 out of 5 stars Familiar Falls a Little Flat
Reviewed in the United States on April 24, 2017
Verified Purchase
First, let me say that I adore this author. Her Sarah Booth Delaney books are among my most favorite, treasured works. So, in a way, the comparison between those and this work is unfair because of the high expectations I had. I love the idea of telling a story through an animal's eyes, especially a cat. And her main characters here are easy to relate to and root for. However, the story is a little too convoluted and unbelievable. Also, the two major characters fall too hard too quickly while also harboring fear and distrust. This becomes irritating. And the bad guys are a bit one dimensional. Finally, I honestly believe I found more typos in this Kindle edition than any other book I've read. An author of her talent deserves a better copy edit than what this book received. So, I may not follow more of Familiar's adventures, but I'll be first in line to purchase the next Sarah Booth book!
Read more
One person found this helpful
Helpful
Comment Report abuse

Hope Harrington Oakes
5.0 out of 5 stars One Smart Kitty Detective!
Reviewed in the United States on April 11, 2017
Verified Purchase
I just loved this book! Haines does an excellent job of conveying the thoughts and deeds of Familiar, who is one smart, yet funny cat! I can't wait to read more in the series!
Read more
4 people found this helpful
Helpful
Comment Report abuse

Grammylobo
5.0 out of 5 stars If you love mysteries cozies this one's #1
Reviewed in the United States on January 6, 2019
Verified Purchase
I love cats & they do have great facial expressions just as if they know exactly what you are saying to them...even my deaf cat acts that way...but back to the story! Carolyn Hains has created a great series..fast page turners & loaded with surprises right up to the end!! Romance (clean)..intrigue a plenty..don't know who to trust..great humanitarian issues..can't wait for the next book!!
Read more
Helpful
Comment Report abuse

Jill Carroll
5.0 out of 5 stars Full of intrigue. A real page turner
Reviewed in the United Kingdom on May 10, 2018
Verified Purchase
A book with a difference. Not my normal genre but thought I would give it a go. Thoroughly enjoyed it and want to read more from Carolyn Haines. Brilliant book you need to read this book.
Read more
Report abuse

Sunshine
5.0 out of 5 stars Great for animal lovers especially cats.
Reviewed in Canada on April 19, 2019
Verified Purchase
I love this series. This is a cat with an attitude. A fun read.
Read more
Report abuse
See all reviews