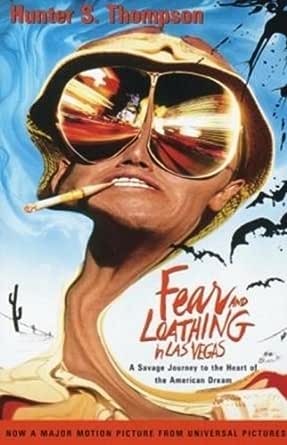 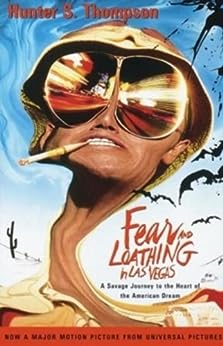 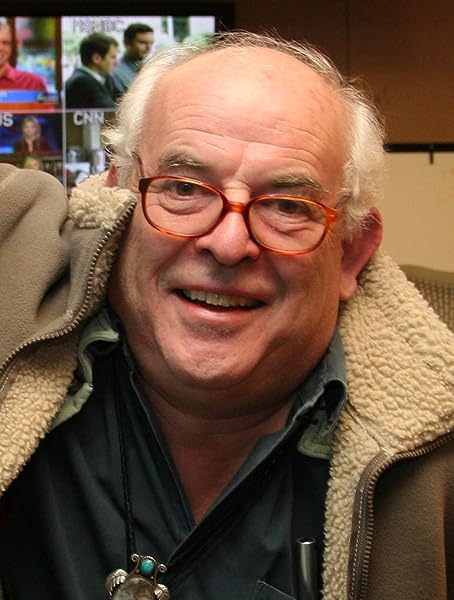 Fear and Loathing in Las Vegas: A Savage Journey to the Heart of the American Dream Kindle Edition

Heralded as the "best book on the dope decade" by the New York Times Book Review, Hunter S. Thompson's documented drug orgy through Las Vegas would no doubt leave Nancy Reagan blushing and D.A.R.E. founders rethinking their motto. Under the pseudonym of Raoul Duke, Thompson travels with his Samoan attorney, Dr. Gonzo, in a souped-up convertible dubbed the "Great Red Shark." In its trunk, they stow "two bags of grass, seventy-five pellets of mescaline, five sheets of high-powered blotter acid, a salt shaker half-full of cocaine and a whole galaxy of multicolored uppers, downers, screamers, laughers.... A quart of tequila, a quart of rum, a case of Budweiser, a pint of raw ether and two dozen amyls," which they manage to consume during their short tour.

On assignment from a sports magazine to cover "the fabulous Mint 400"--a free-for-all biker's race in the heart of the Nevada desert--the drug-a-delic duo stumbles through Vegas in hallucinatory hopes of finding the American dream (two truck-stop waitresses tell them it's nearby, but can't remember if it's on the right or the left). They of course never get the story, but they do commit the only sins in Vegas: "burning the locals, abusing the tourists, terrifying the help." For Thompson to remember and pen his experiences with such clarity and wit is nothing short of a miracle; an impressive feat no matter how one feels about the subject matter. A first-rate sensibility twinger, Fear and Loathing in Las Vegas is a pop-culture classic, an icon of an era past, and a nugget of pure comedic genius. --Rebekah Warren --This text refers to an alternate kindle_edition edition.

Hunter S. Thompson was born in Louisville, Kentucky in 1937 and died in Colorado in 2005. A full-time writer and journalist, he contributed regularly to a wide variety of publications, but is probably best known for his work as National Affairs correspondent for `Rolling Stone', in which `Fear and Loathing in Las Vegas' and `Fear and Loathing: On the Campaign Trail `72' originally appeared. `Fear and Loathing in Las Vegas' has been made into a major film, directed by Terry Gilliam and starring Johnny Depp.Ralph Steadman is one of Britain's best-known cartoonists and illustrators. His books include `I, Leonardo' and the bestselling illustrated `Animal Farm'. --This text refers to an alternate kindle_edition edition.

`There are only two adjectives writers care about..."brilliant" and "outrageous". Hunter Thompson has a freehold on both of them. "Fear and Loathing" is a scorching epochal sensation.' Tom Wolfe`What goes on in these pages makes Lenny Bruce seem angelic...the whole book boils down to a mad, corrosive prose poetry that picks up where Norman Mailer's "An American Dream" left off and explores what Tom Wolfe left out.' New York Times --This text refers to an alternate kindle_edition edition.

Fear and Loathing in Las Vegas is the best chronicle of drug-soaked, addle-brained, rollicking good times ever committed to the printed page. It is also the tale of a long weekend road trip that has gone down in the annals of American pop culture as one of the strangest journeys ever undertaken.
Now this cult classic of gonzo journalism is a major motion picture from Universal, directed by Terry Gilliam and starring Johnny Depp and Benicio del Toro. Opens everywhere on May 22, 1998. --This text refers to an alternate kindle_edition edition.

"The best book on the dope decade." --The New York Times Book Review --This text refers to an alternate kindle_edition edition.
Read more