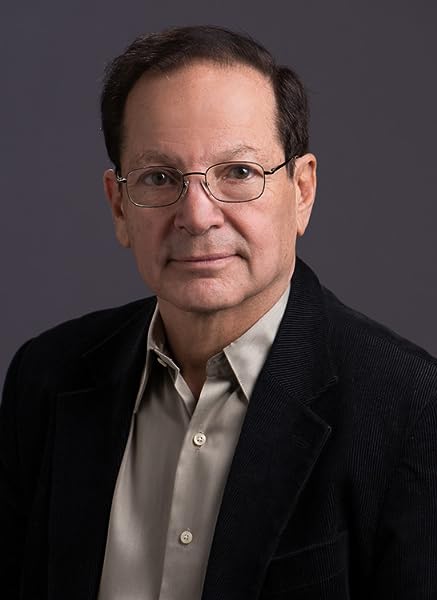 Amiel's creative Fearsome Destiny young adult series launch is a grab bag of history, dimensional travel, teen drama, and suspense. Gallin and Alexine, two modern-day 17-year-olds, are stalked and trapped by an assassin . . . [but then whisked] to 1776 London on the planet Eratha, a 1984-style dystopia where members of the Noblic class secretly fly in stealth aircraft and manipulate the populace through television while medievalesque peasants farm with oxen. Gallin and Alexine discover they are the identical twins of Prince Ro-Gall and his fiancée, Ra-Alex, and were sent to Earth as newborns. . . [to avoid] a law requiring Noblic younger twins to be killed. . . . [About to be sentenced to death, they rely on even more ancient law to] demand a trial by combat . . . [and] manipulate the evil King Groghor into holding the event in Eratha's Philadelphia, where revolution is brewing and the Noblics hold little sway.

Science fiction combines with a juiced-up history lesson in this . . . charming novel. Students of history will enjoy rummaging through the pile of cultural references and spotting differences between Earth and Eratha (the Venus de Milo has arms, and the king does little to alleviate global warming and wealth inequality).

It's fun to cheer on Gallin and Alexine as they snipe at their obnoxious siblings. . . and embark on intensive combat training while discovering psychic powers .  . . combat in anti-gravity belts, the wacky machinations of the king and his enablers, and the leads' interactions with Ben Franklin, Thomas Jefferson, and John Adams.

Takeaway: A spoonful of suspenseful science fiction makes this history lesson go down smoothly for teens interested in the American Revolution.
Great for fans of Jasper Fforde, Gail Carriger.

Fearsome Destiny: Brothers and Sisters had its genesis while I was reading the opening pages of J. K. Rowling's first Harry Potter book.  Suddenly I was twelve years old again and swept away on a marvelous adventure into a land of sorcerers and into a school for aspiring young wizards.  I vowed to write an adventure like those I had loved as a boy.
How did the plot come about?  Finding it began while I was daydreaming about multiple universes, that there might be an almost infinite number of them.  If so, then somewhere could exist a planet much like Earth.  What if the mass of its population had been kept docile by not allowing any changes--for hundreds of years--while the repressive monarchy and its scientists among the elite class had secretly developed awesome technology that allowed for travel among universes and planets and on that planet high speed travel in invisible aircraft?  The story might be placed at a time much like that of the American Revolution, when dissension over the inequities of British rule was rousing a formerly passive population to rise up in rebellion.
Who would my protagonists be?  A seventeen-year-old boy and girl who suddenly find themselves returning to that planet after being placed on Earth as infants.  But who are they?  Why had they been exiled?  And why is their return a criminal act punishable by death?  By answering those questions, over a long period of time I developed a story and wrote a book I am very proud of, a book for young adults and, I think, for older readers as well.

Joseph Amiel is the International bestselling author of numerous award-winning novels, the latest of which is the YA Sci-fi adventure, Fearsome Destiny:  Brothers and Sister, the first in the trilogy. His novels have been translated into over a dozen languages. Visit him at JosephAmiel.com.
Joe is a graduate of Amherst College and Yale Law School. If you enjoy any of his books, please post a review on Amazon.
Read more

Start reading Fearsome Destiny on your Kindle in under a minute.

4.2 out of 5 stars
4.2 out of 5
4 global ratings
How are ratings calculated?
To calculate the overall star rating and percentage breakdown by star, we don’t use a simple average. Instead, our system considers things like how recent a review is and if the reviewer bought the item on Amazon. It also analyzes reviews to verify trustworthiness.

The story opens with a Revolutionary War
re-enactment of “the British are coming” and then somehow we turn up in London but not the London we know. The author has delivered us to a London circa 1776...just not on earth!

Joseph Amiel has meticulously created a new world, Eratha, that is a cracked mirror distortion of our Earth as if through Alice’s looking glass. It was a bit unnerving to see this two class system of the haves and the have nots; the powerful and the powerless. The characters of Gallin and Alexine are developed slowly as they are immersed into this strange other world that is scientifically way more advanced than Earth and yet socially and politically so dramatically different. Meeting a different Benjamin Franklin, Thomas Jefferson and John Adams to name a few of my favorite historical figures during this tumultuous time was icing on the cake. Seconds, please!

Parental Note: This is YA historical/fantasy novel series. There is violence but not overwhelming so nor explicit. There is also no sex. I would recommend this book for children 12 and up. Younger children may enjoy it as well, if they have the historical background to appreciate the back drop of the pre revolution period.
Read more

soundtrack lover
5.0 out of 5 stars Wonderful adventure
Reviewed in the United States on September 6, 2020
Verified Purchase
If I were not retired from my work as a librarian at NY Public Library,this would be a novel I would happily recommend for both young and older adults. History, sci-fi,family psychology—it’s all here in this page turning first installment of a new series.
Read more
Helpful
Comment Report abuse