Track your books
Bring your club to Amazon Book Clubs, start a new book club and invite your friends to join, or find a club that’s right for you for free.
Explore Amazon Book Clubs
Buy used:
$6.30

In this handy, compact guide, you’ll explore a ton of powerful Fedora Linux commands while you learn to use Fedora Linux as the experts do: from the command line. Try out more than 1,000 commands to find and get software, monitor system health and security, and access network resources. Then, apply the skills you learn from this book to use and administer desktops and servers running Fedora, CentOS, Red Hat Enterprise Linux, or any other Linux distribution.
Read more

This handy, compact guide teaches you to use Fedora Linux as the experts do: from the command line. Try out over 1000 commands to find and get software, monitor system health and security, and access network resources. Apply skills you learn from this book to use and administer desktops and servers running Fedora, CentOS, Red Hat Enterprise Linux, or any other Linux distribution.

Expand your Linux expertise in these and other areas:

Christopher Negus is the author of the bestselling Fedora and Red Hat Linux Bibles, Linux Toys II, Linux Troubleshooting Bible, and Linux Bible 2008 Edition. He is a member of the Madison Linux Users Group. Prior to becoming a full-time writer, Chris served for eight years on development teams for the Unix operating system at AT&T, where Unix was created and developed. He also worked with Novell on Unix development and Caldera.

Francois Caen hosts and manages business application infrastructures through his company Turbosphere LLC. As an open-source advocate, he has lectured on OSS network management and Internet services, and served as president of the Tacoma Linux User Group. FranÇois is a Red Hat Certified Engineer (RHCE). 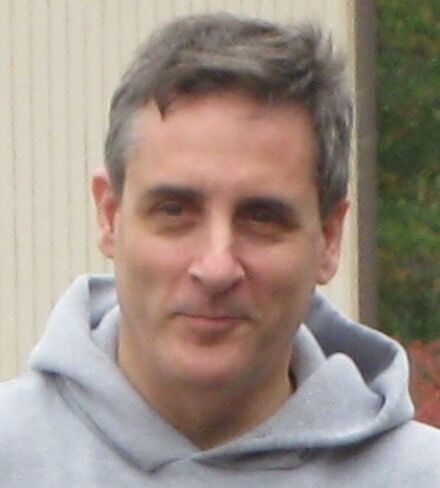 Currently, Chris is a Senior Open Source Technical Writer for Amazon Web Services, focusing mainly on Kubernetes and a variety of upstream AWS container-related projects. Before that, Chris worked as a writer and instructor for Red Hat, working on Linux, containerization, and Kubernetes/OpenShift documentation. Earlier in his career, Chris worked on UNIX operating system development teams at AT&T Bell Labs, UNIX System Labs, and Novell in the 1980s and 1990s. When not writing about computers, Chris likes to spend time with his family: Sheree, Seth, and Caleb. Chris also enjoys playing soccer, singing opera (when nobody can hear him), and making things out of old computers.

4.2 out of 5 stars
4.2 out of 5
20 global ratings
How are ratings calculated?
To calculate the overall star rating and percentage breakdown by star, we don’t use a simple average. Instead, our system considers things like how recent a review is and if the reviewer bought the item on Amazon. It also analyzes reviews to verify trustworthiness.
Top reviews

Norman Fuehner
5.0 out of 5 stars This is what I wanted!
Reviewed in the United States on June 2, 2013
Verified Purchase
This is the book that well help me get started with Linux. It is a lot different than windows and now I well have a reference book to go by. Before this I was lost.
Read more
2 people found this helpful
Helpful
Report abuse

Sean M. Mcveigh
5.0 out of 5 stars Very helpful so far
Reviewed in the United States on July 24, 2008
Verified Purchase
i am somewhat new to linux and i am finding this book useful. It is well organized and has most of the commands I am looking for in RHEL 5. Any other books for starters folks would recommend?
Read more
3 people found this helpful
Helpful
Report abuse

Teacher
5.0 out of 5 stars You need basics of UNIX or Linux
Reviewed in the United States on May 30, 2013
Verified Purchase
To get the most our of this book. If you have some of this in your background, the book is indispensable in helping you get the most out of your Linux machine.
Read more
One person found this helpful
Helpful
Report abuse

ryancorder
5.0 out of 5 stars Excellent Linux resource book for Fedora based Linux OSs
Reviewed in the United States on November 26, 2011
Verified Purchase
This book has all the commands that a linux user would need. I use this book at work for those who use RHEL for programming.
Read more
2 people found this helpful
Helpful
Report abuse

Rodx
5.0 out of 5 stars Great Guide
Reviewed in the United States on June 2, 2009
Verified Purchase
I just got this book and I started using its advices in Linux. I recently had contact with centOS servers and Fedora and this book has guided me through the way of correct administration via command line.
Read more
3 people found this helpful
Helpful
Report abuse
See all reviews

Damien
1.0 out of 5 stars Complete waste of money
Reviewed in the United Kingdom on January 29, 2010
Verified Purchase
I would not buy this book again. It has got a lot of information in for a little book, but as this is not focused on one thing or another, the information either too advanced or too simple. The information is too different to be in a book together.

I would get a book on shell scripting and a book that focuses on system administration.

This book would only be good for someone who wanted to configure a server at home for personal use, if you want to do it properly, get a more focused book.
Read more
Report abuse

Rob.B (Derby)
4.0 out of 5 stars OK but now quite what I expected.
Reviewed in the United Kingdom on May 12, 2013
Verified Purchase
A good book but lacks a bit of depth, still it has a place on my book shelf although it may not be called upon as often as I would have hoped.
Read more
Report abuse