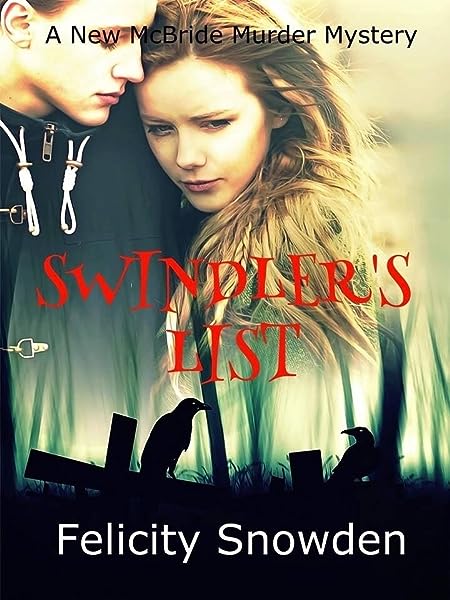 Felicity Snowden is a debut Author who spent her former years reading the awesome occult of Dennis Wheatley, the English intrigue of Agatha Christie and the sheer horror of James Herbert.

Her first novel "When Dead Men won't Lie" hovers between this eclectic mix of compelling genres.

Continuing in the time switch theme ' Grave Misconception' was published in 2016 the first in a series of McBride Murder Mysteries which was closely followed by 'Swindler's List' in 2018.

In 2017 Felicity turned her hand to hosting the Morley Indie Book Fair in her home town which welcomed Indie authors from all around the UK.

Felicity lives in West Yorkshire with her husband, son and labrador dog. When her busy writing schedule permits she enjoys listening to music,walking, reading and spending time with her family. 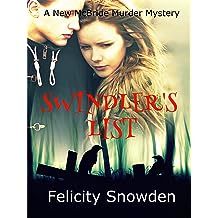 Swindler's List: A New McBride Murder Mystery (The Mc Bride Murder Mysteries Book 2) Aug 22, 2018
by Felicity Snowden
( 1 )
$1.31
It’s 2016 and young Lou Bannister is lapping up the bright lights of Leeds, embarking on a Film and Media degree he hopes will give him a new start. When the love of his life Annette McBride turns up to research her family tree Lou’s world is suddenly turned upside down. Things quickly turn from bad to worse when the body of a young student is found close by. Investigations lead Lou and Nette to the darker side of the city and it’s becoming increasingly likely that the killer may be someone they know.
Can Lou and Nette track down the perpetrator before he strikes again?
In 1872 a young Locksmith, John McBride arrives in Leeds to begin work at Armley jail. A country boy at heart, he is repulsed by the stark and insanitary conditions of the city and the lawlessness it breeds. The only place he can seek comfort is the local church where he meets the minister’s daughter, Florrie Lee Hardcastle. Deploring the society that ignores its festering slums they work together to make the city a better place; feeding the hungry, tending the sick, visiting prisoners at Armley Jail, whilst slating the legal system that dragged them down.
Can John and Florrie make a difference in the lives of those less fortunate?
Two young men from very different eras seek to make the city a better place.
Time passes, people change but MURDER is always MURDER. 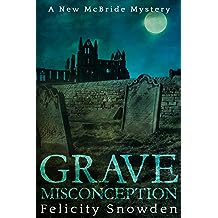 Grave Misconception: A Yorkshire Mystery - The McBride Murder Mysteries (The Mc Bride Murder Mysteries Book 1) Apr 11, 2016
by Felicity Snowden
( 8 )
$2.63
Twenty one year old Lucien Bannister is a typical youth of the 21st century. He is disillusioned with his life, angry and confused. In the aftermath of his unusual childhood and turbulent teens he eventually seeks the support of his former Goth friends in Whitby, but strangely he now feels like an outsider.
Why is he here? Who can he trust?
And how will he protect his young sister, Ellie from the evil that lurks there?
A century before at the outbreak of the Great War a plucky, young Kate Pickering is determined to solve the mystery attached to a handsome stranger arriving in Whitby. Affected by trauma and subsequent amnesia, Kate helps the stranger to regain his health and restore his memory. Then just when they think he will make a full recovery, both physically and mentally ….he takes an unexpected turn for the worse.
Who is the mystery man? Where does he come from?
And can Kate uncover the truth about his sudden relapse?
Separated by some hundred years Kate and Lucien have a strange connection. Times passes, people change but Murder is always Murder. 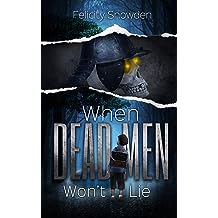 When Dead Men won't Lie Oct 31, 2014
by Felicity Snowden
( 15 )
$1.41
Eleven year old Niall Robson is a Yorkshire lad with a vivid imagination, who retreats into a fantasy world of heroes and villains, to colour his post- war childhood. But Niall’s real world is falling apart. His Dad is out of work, his mother at the end of her tether and his sister out of her mind.
Then literally, just beyond his back door Niall makes a fascinating discovery, triggering a series of haunting events that will change his life forever.
Is it the ranting and raving of his neighbours that Niall can hear through the paper thin walls or voices from another time?
Will he solve the mystery of the handsome stranger who steals his sister’s heart?
Can he rise above the taunts and tortures he suffers at the hand of two brainless bullies?
And will he retain his sense of humour and staunch optimism in the face of adversity?
Things are looking increasingly grim in the Robson household and Niall realises that he must forego his childhood fantasies and step into the real world in order to discover the truth and find the true heroes in his life.
Read more
Other Formats: Paperback