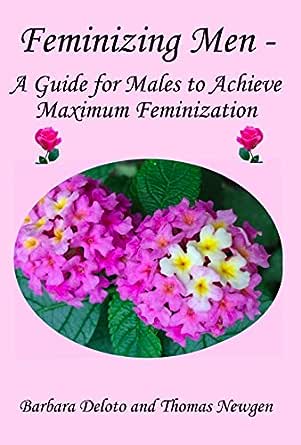 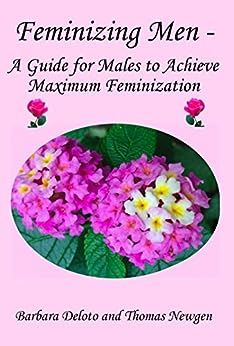 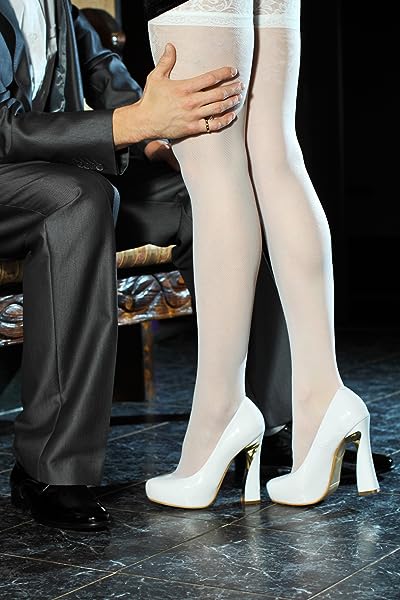 3.9 out of 5 stars
3.9 out of 5
107 global ratings
How are ratings calculated?
To calculate the overall star rating and percentage breakdown by star, we don’t use a simple average. Instead, our system considers things like how recent a review is and if the reviewer bought the item on Amazon. It also analyzes reviews to verify trustworthiness.

jlibrarian
4.0 out of 5 stars New CD or Sissy?
Reviewed in the United States on August 18, 2018
Verified Purchase
I really enjoyed this read, the authors have a great sense of humor and write directly to the individual trying to transform themselves. A word of caution to the new CD or sissy, there is a lot of information in here and no pictures/drawings. Even as a GG, I found some of it very difficult to follow, which is the reason I'm not giving 5 stars. I would encourage you to ask for advice from either the person that asked you to do this, GG that you can ask, or other CDs in online forums. Just don't let it overwhelm you, you don't have to do it all at once!
To dommes/doms/tops: I think you could almost use this as a workbook and just focus on one chapter at a time until your sissy perfects one aspect of femming.

Kindle Customer
5.0 out of 5 stars Lush, sensual and private
Reviewed in the United States on March 26, 2015
Verified Purchase
I understand the calling inside me, which causes me to pause and re-think my masculinity, as possibly be more than male. My uniform during the day is a suit and tie. I like to explore the realm of my being, as I know it truly to be. Lush, sensual, private and loving. I highly recommend this book because it gave me the courage and direction to playfully allow myself to explore all possibility. Because of this book, I’m having a blast and so will you.
Read more
23 people found this helpful
Helpful
Comment Report abuse

Brad Sutter
5.0 out of 5 stars Thank You So Much!
Reviewed in the United States on December 24, 2018
Verified Purchase
What wonderful tips you present! As someone interested in a part-time pursuit of his feminine side, this book is a fabulous reference. Now, to put these tips to the test to see how much a woman I can be! Bring it!
Read more
2 people found this helpful
Helpful
Comment Report abuse

micky
5.0 out of 5 stars Being changed into a woman for good reason
Reviewed in the United States on October 25, 2019
Verified Purchase
This is a guide to change men. You’ll be surprised at the results.
Read more
One person found this helpful
Helpful
Comment Report abuse

Stephen Hensley
3.0 out of 5 stars Basic
Reviewed in the United States on September 24, 2019
Verified Purchase
Great for new persons but for anyone that has already gone this way not too much usefull info
Read more
One person found this helpful
Helpful
Comment Report abuse

Friendship Seven
5.0 out of 5 stars Wealth of Information
Reviewed in the United States on May 18, 2016
Verified Purchase
Provides details on the differences between men and women. Even for men who do not feel the call to become women, there is much to learn from here in this basic, fairly simple collection of recommendations and advice...
Read more
6 people found this helpful
Helpful
Comment Report abuse

Amazon Customer
4.0 out of 5 stars A new road
Reviewed in the United States on June 8, 2015
Verified Purchase
Its a book for men who felt they had a softer or feminine side of you. This is not for people who experiment for that party or Halloween party. With is for who possibly want a different life style
Read more
7 people found this helpful
Helpful
Comment Report abuse
See all reviews

BW
2.0 out of 5 stars Very basic.
Reviewed in the United Kingdom on November 10, 2019
Verified Purchase
I thought there might be some really useful technical tips in here (for a life long cross dresser0 but I was very disappointed. I would not recommend and the site for purchasing landed me with two versions of the same which I didn't want!
Read more
Report abuse

John Russell Tomlinson
5.0 out of 5 stars Good guide for feminisation
Reviewed in the United Kingdom on February 11, 2017
Verified Purchase
This is a guide for us men who want to be feminised. If you are going to be a woman, be a proper one. This book will help you achieve femininity. It is well written and helpful.
Read more
5 people found this helpful
Report abuse

Brooke Martin
4.0 out of 5 stars Trans lady view of book
Reviewed in the United Kingdom on August 31, 2015
Verified Purchase
Full of practical advice useful if your trans or some variation on T , also useful i suspect if you have a sissy though i have no experience of this, i would read again , i would buy a follow up book
Read more
3 people found this helpful
Report abuse