Mr. Ferris and His Wheel and millions of other books are available for Amazon Kindle. Learn more 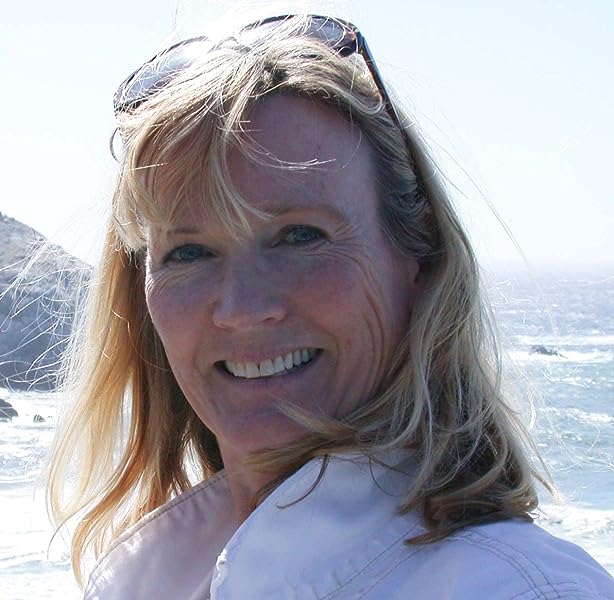 K-Gr 3—It's almost time for the 1893 Chicago World's Fair, and American architects are hoping to design a star attraction to rival the French Eiffel Tower. Mechanical engineer George Washington Gale Ferris Jr. has a daring idea: a huge, round, moving structure made from steel, a new metal unrivaled in both lightness and strength. After overcoming obstacles ranging from mockery to quicksand, Ferris and his team finally complete their wheel, which delights fairgoers and goes on to become a staple of fairgrounds around the world. Librarians familiar with Erik Larson's The Devil in the White City (Random, 2002) already know this story, but the focus here is less on the Chicago World's Fair and more on the process involved in building a mechanical marvel. Details such as why support structures were necessary and how tension wheels work will engage emerging engineers, while those with a less scientific bent can nevertheless appreciate the excitement felt by the Ferris Wheel's very first passengers. The primary story is told in an easy-to-read serif font, and secondary details are added in smaller sans-serif sections. A purple-dominated color scheme contrasts with occasional greens and yellows. Overall, the modernist look, inherently interesting topic, and strong documentation (including quotations from primary sources) make this title a positive addition, especially those looking to enhance their nonfiction offerings in view of new Common Core standards.—Jill Ratzan, I. L. Peretz Community Jewish School, Somerset, NJ

*Starred Review* Ten months before the 1893 Chicago World’s Fair, there was still no centerpiece to rival that of the previous fair’s Eiffel Tower. Enter young engineer George Washington Gale Ferris Jr., who had a vision of a structure not only tall but also rigged for motion. Having no better choices, fair organizers begrudgingly accepted his proposal but offered not a cent of funding. With but four months to go, George scrambled for funding and materials, most of it a newfangled metal called “steel,” including a 70-ton axle, “the largest piece of steel ever forged.” The harried workers struggled with frozen Chicago ground, unexpected quicksand, more than 100,000 parts, and, most of all, the derision of onlookers who found the spindly-looking contraption undignified and sure to collapse in high winds. But it didn’t—rather, it ascended heavenward into both day and night skies, offering unparalleled views from its posh living-room-sized passenger cars. Like Mr. Ferris’ invention, Davis’ picture-book bio soars, inspires, and keeps (the pages) ever turning, matching the gregarious text to smaller, often tech-based side comments. Ford’s impressionistic, wine-colored washes blend a fantastical mood with a staggering sense of mechanical scale. It’s tough to awe readers with a ride with which they are so familiar, but Davis and Ford pull it off. Grab your tickets; here we go. Grades 1-3. --Daniel Kraus

-- BookPage, America's Book Review
"This is an enchanting ride from start to finish."

Kathryn Gibbs Davis has a gift for combining history and storytelling in a manner that relates to readers of many ages. Her Wackiest White House Pets earned the Parents Choice Gold Award and was read aloud by former First Lady Barbara Bush during a nationally televised event at the presidential library. Kathryn enjoys visiting schools and libraries across the country.
Visit gibbsdavis.com.
Read more
Start reading Mr. Ferris and His Wheel on your Kindle in under a minute.

4.7 out of 5 stars
4.7 out of 5
193 global ratings
How are ratings calculated?
To calculate the overall star rating and percentage breakdown by star, we don’t use a simple average. Instead, our system considers things like how recent a review is and if the reviewer bought the item on Amazon. It also analyzes reviews to verify trustworthiness.
Top reviews

Tina Says
5.0 out of 5 stars A Winner of a Picture Book: Must Read
Reviewed in the United States on September 5, 2014
Verified Purchase
I love a good non fiction picture book, especially one about a lesser known person or event.

Mr. Ferris and His Wheel is about George Ferris, and the Ferris wheel, invented by Ferris and named after him.

This picture book combines story, non-fiction tidbits, ink and watercolor illustrations, and an occasional quote to tell the story of how George Ferris dreamed up the idea for the Ferris wheel which was first introduced at the Worlds Fair in Chicago in 1893.

Kathryn Gibbs Davis goes through the steps that Ferris went to in order to make his dream become a reality. The designing of his invention and his need for donations to cover the cost are explained in a way young readers can understand, and his race to complete the Ferris Wheel by the World's Fair adds some suspense to this picture book.

Many children have ridden a Ferris wheel, but even those who have not, can recognize the structure and appreciate the story of how this came to be an amusement park staple.

I've purchased this for my own library already, and am definitely adding it to my next school library order. There are many students who will enjoy this story, and appreciate the fact that it is a non-fiction book about something they can relate to.

Kindle Customer
5.0 out of 5 stars Just wonderful
Reviewed in the United States on May 6, 2016
Verified Purchase
Mr. Ferris and His Wheel is entertaining and yet informative at the same time . The illustrations in the book make learning and reading this story a lot of fun . Initially I purchased this for my grandson, but he is not quite four yet . This book is just a tad too mature for him and so I'll put this aside with other books to be read in the future. The story of Mr. Ferris and His Wheel is for everyone not just those ages 4 to 7 .
Read more
2 people found this helpful
Helpful
Report abuse

Paige Palmer
5.0 out of 5 stars Simply Amazing
Reviewed in the United States on May 17, 2020
Verified Purchase
I bought this book to read to my fifth graders during our unit on the industrialization period. This story beautifully weaves together story-telling, quotes, and facts to make an engaging but little known story for my students. But those illustrations! Those are dreamy! The blues and purples are simply breath-taking!
Read more
Helpful
Report abuse

A. Willis
5.0 out of 5 stars Entertaining and Educational
Reviewed in the United States on January 14, 2019
Verified Purchase
Beautiful book that does a good job of combining facts and telling a story interesting enough to captivate a 6 year old. She loved this book and we've read it multiple times since she got it. Highly recommend!
Read more
2 people found this helpful
Helpful
Report abuse

maggie
5.0 out of 5 stars Wonderful text and illustrations in this outstanding children's book about a truly American institution!
Reviewed in the United States on June 28, 2017
Verified Purchase
Fantastic. Such a lovely book. But no surprise. Gibbs Davis alwYs dies excellent research and delivers the info in such an accessible interesting way that this and her other books appeal to adults and children both. Illustrations very nicely fit around the straightforward text as well as the asides.
Read more
2 people found this helpful
Helpful
Report abuse

life by rebecca anne
5.0 out of 5 stars Great book for kids
Reviewed in the United States on March 9, 2018
Verified Purchase
Great book for kids. I little long so make sure you have time to read it to them if you are reading it out loud. The whole class loved it!
Read more
One person found this helpful
Helpful
Report abuse
See all reviews

esteban68
4.0 out of 5 stars Great story for kids (and adults actually)
Reviewed in Canada on January 7, 2017
Verified Purchase
Bought it for my 9 year old son for Xmas (who hates books) and we read it together one evening . Is a well written story with great artwork that goes along with the story nicely. Led to some discussion and he found it interesting particularly to know the story of the ferris wheel and what went into building it... Worth buying
Read more
Report abuse
See all reviews
Pages with related products. See and discover other items: history of physics, design of experiment, engineering design biography, chicago architecture, gale force, history and science books
Back to top
Get to Know Us
Make Money with Us
Amazon Payment Products
Let Us Help You
EnglishChoose a language for shopping. United StatesChoose a country/region for shopping.
© 1996-2021, Amazon.com, Inc. or its affiliates