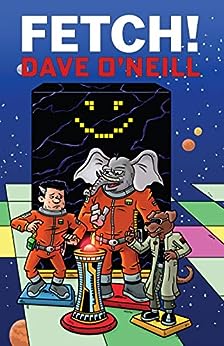 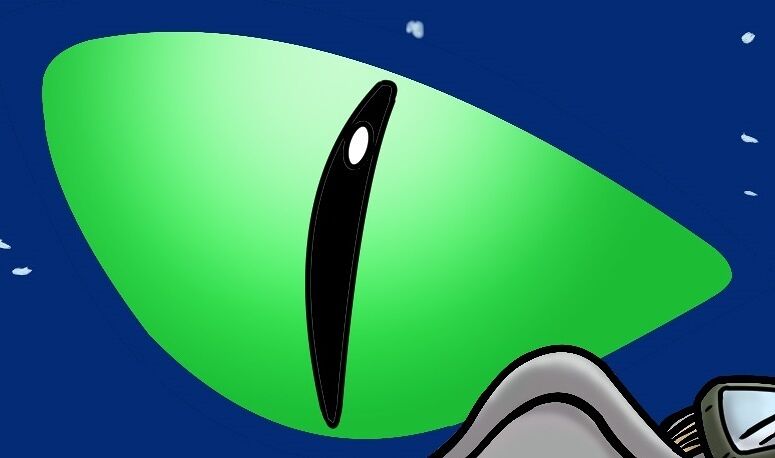 Dave O’Neill has been an aerospace engineer, a marine engineer and, for a smelly and depressing summer, a project engineer working in paper recycling. He then moved into IT and sales and decided that sitting behind a desk and traveling between virtually indistinguishable large chain hotels while racking up the airmiles and waistline was somehow more fun.

He writes because the universe is currently too depressing and as a veteran of the great flame wars of the 1990s he’s bored of the internet and tired of explaining to people there why they are wrong.

He lives in Seattle, WA where he moved to for the weather.

Casper Johns
1.0 out of 5 stars Lazy writing regurgitates current political tropes without wit or understanding in an unfunny story
Reviewed in the United States on September 4, 2020
Verified Purchase
Oh look, one more writer putting current politics into his book. Trunk Line had some moments but lacked in humor. This second book piles on the defects of the first: poor understanding of SF tropes(followed by slavish repitition of them), lazy world building, telling but not showing character, and a deus ex machina ending. And add to it a cartoonish misunderstanding of the political philosophy and theories of libertarians, grotesque presentism, and of course the obligatory Trumpian villain, and a complete and utter failure to understand that the only institution in human history to last more than a few hundred years is the Catholic Church and a few other religious institutions (universities were originally in the west religious in nature), that includes governments. He also fails to properly understand the mechanics of his future tech and anything about history or economics. Finally, while billed as a humorous space opera it is a about as funny as an audit. Oh well, at least he doesn't compare himself to Pratchett or Laumer in the descriptions.

Update: Finished the book. Almost different but i was sufficiently annoyed (not in the good I hate Thomas Convenant way but rather in the lying politician manner) by the author I felt the need to finish so I could address the remainder of the book. There are so many things wrong and certainly not any new ideas or concepts. These ideas might have looked good on paper but some of them are so tired. Furthermore, the author advances his anti-religious bigotry even further with once again a major antagonist being particularly dimwitted priesthoods. I'll be sure to let the Jesuits know they're dumb. Anyway, rather than write a 10 page critique I will examine just one plot device to establish the author is intent on making a polemic full of strawmen but fails to understand what he's actually showing.

In the second half of the book we end up in the "Liberty Cluster" which was once inhabited by a group of Libertarians who had a catastrophic war around 500 years in the past. The galactic federation or whatever Our Hero belongs to, became annoyed with the use of illegal technology including weaponized grey goo nanobots and AI driven Nova Bombs and went to the cluster in overwhelming force utterly destroying the sole remaining functioning planet. So now it's 500 years later and the Libertarians who are apparently incredibly stupid and still live in the ruins of the sole remaining city on the planet (we see later one other settlement also never cleaned, repaired or updated in 500 years). Said city is a primitive hellhole with no functioning government and apparently only prmitive agriculture with what is shown to be a zero level industrial base in some regards (no toilet paper or firearms) but in others has functioning steam powered cars. This is the Fallout fallacy and a classic example of historical ignorance and a failure to understand human nature.

First let us consider, in 500 years no one has illegally sold replicators. In 500 years, no charitable institution or revolutionary has provided aid. In 500 years, no one has invented a paper making process. In 500 years, no one has developed firearms or a chemical industry. In 500 years, no one has forged anything approaching and established state. This defies belief. Paper is at the very least a bronze age invention as is woven cloth (cloth may be much much older). Firearms are medieval technology. Primitive steam technology existed in the classical era. Functioning governments have existed longer than recorded history. So if in 500 years there has been no substantial recovery that indicates that there must be a reason. We see in the book that there is regular trade and exchange of information between our planet bound antagonists and the galactic Trade Federation who are totally good guys (honest!). So given we have planet that has remained in a stagnant and primitive state for a very long period of time (20-25 generations) we can only logically conclude the technological stasis is being maintained by active intervention. Either by simply destroying any growing tech base or more subtly by surreptitiously removing innovators and leaders. For 20+ generations. Even the monstrous North Korean Regime limits themselves to punishing three generations of a family for political infractions. Our Heroes Federation has punished the innocent inhabitants long after the guilty have perished. Of course the totally not a totalitarian state is perfectly willing to come in and "Help" the benighted citizens of the Liberty Cluster at the price of imposing an occupying force. Aid necessitated by dint of the fact the descendants of Chairman Kim have systematically prevented any recovery thus dooming untold millions if not billions to a life of poverty and disease. It's hardly surprising our antagonist wants to Nova Bomb the entire Galactic Federation. Back when we were more sensible we would call what has been dome to the Liberty Cluster a crime against humanity and casus belli.

Furthermore, will there are many SF tropes contained herein they are used in a cliched manner. It has become fashionable of late to declare the canon outdated and not worth examination, but we have the canon because it is the foundation of modern story telling. We can no more ignore the literary corpus of SFF than we can ignore Mark Twain or William Shakespeare. The canon is guide to ideas and stories that work, it reveals what has become hackneyed or cliched (evil industrialist, anyone) and may indicate places not previously examined or ripe for re-examination in light of new technology or social changes.

I could go on for some time but I'm tired and the author has received at least $3.99 worth of writing education from me. If you want to read an actually funny book try Hitchhikers Guide to The Galaxy or anything by Terry Pratchett. For great Space Opera try Keith Laumer's Retief Books or Harrison's Star Smashers Of The Galaxy Rangers (I'd suggest the Stainless Steel Rat but my last reading seemed to me anyway that they did not age well) For modern SO that is feather light and a fun read try EM Foner's Union Station series and for classic and well thought out world building go the great one himself and read some Tolkein.

El Rev
5.0 out of 5 stars Like a truly funny Iain M. Banks
Reviewed in the United States on May 11, 2020
Verified Purchase
Sympathetic characters, action, intrigue and humor in a mix worthy of Harry Harrison. Many smart pokes at places, ideas and whole species, and a fun read to boot. Top job. Looking forward to the next one.
Read more
One person found this helpful
Helpful
Report abuse

D.M. Spector
5.0 out of 5 stars Duouglas Adams flavoured fun with ungentle mocking of current political idiocies.
Reviewed in the United States on September 13, 2020
Key to any humorous writing- the bones of the story are solid. The author doesn't skip the craft requirements of science fiction to get to the jokes. As a reader I felt quickly engage in a fairly compelling plot, and was well pleased that the author give us interesting aliens as fully formed characters, rather than mere props.
The worldbuilding was entertaining for the humour of it, and I would have been pleased with more of it. The author has a way with creating elaborate-yet-engaging scenes.
The leveraging of current political stupidities from around the world into a story taking place in the moderate-to-far future works painfully well, and gives us villains we can easily recognize, root for the demise of, root for the demise of, and- really, truly- root for the demise of.

Rosetree
5.0 out of 5 stars Very Funny!
Reviewed in the United States on September 7, 2020
I loved this book! It is very Terry Pratchett! The Captain reminds me strongly of Sam Vimes. I enjoyed the Trunk Line a lot, too, but the last line of this one cinched it! I can't wait for Clueless (or whatever it ends up being called) to be available!
Read more
One person found this helpful
Helpful
Report abuse

mike black
5.0 out of 5 stars What a fun sci fi do world!
Reviewed in the United States on March 11, 2020
I love stories that are primarily character driven. No can live with little action of I like the character's. I look forward to more!
Read more
One person found this helpful
Helpful
Report abuse

Lee
4.0 out of 5 stars A Cats' Meow!!
Reviewed in the United States on September 11, 2020
A fun and engaging read. Dry wit and an honest look at human nature. It is worth the read, I just wish the author would use a 'proof reader' instead of "spell check".
Read more
Helpful
Report abuse

Devin Pike
4.0 out of 5 stars Truly Enjoyable Read
Reviewed in the United States on September 8, 2020
Solid novel in the Pratchett / Jordan vein. The narrative style is relaxed without being lazy, and there's a lot to digest along the way. Well worth your time.
Read more
Helpful
Report abuse

John D. Berry
3.0 out of 5 stars Good fun with a bad attitude. What's not to like?
Reviewed in the United States on September 9, 2020
It's a romp, of course, but an entertaining romp, with tongue firmly placed in cheek. I did have trouble keeping track of the characters at times, in multi-person back-and-forth conversations.
Read more
Helpful
Report abuse
See all reviews