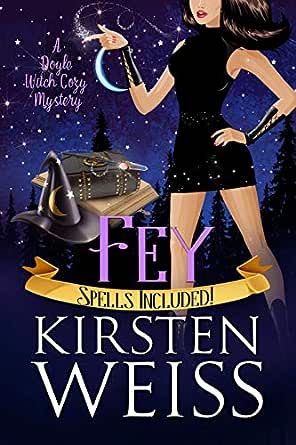 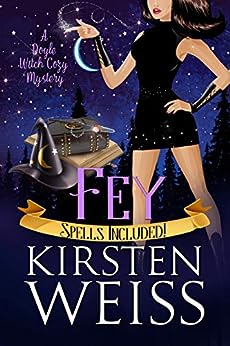 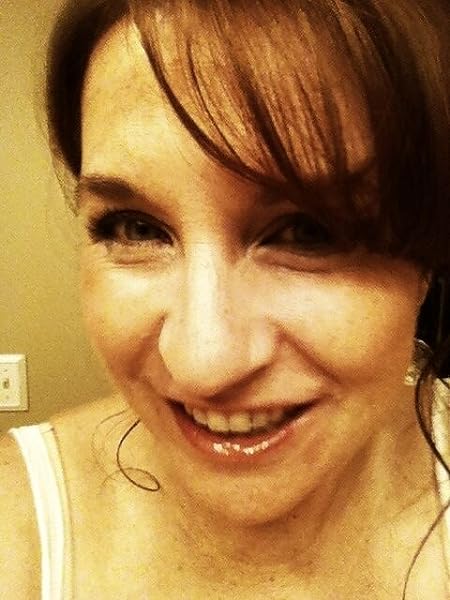 4.5 out of 5 stars
4.5 out of 5
39 global ratings
How are ratings calculated?
To calculate the overall star rating and percentage breakdown by star, we don’t use a simple average. Instead, our system considers things like how recent a review is and if the reviewer bought the item on Amazon. It also analyzes reviews to verify trustworthiness.
Top reviews

Michelle
4.0 out of 5 stars Very good series with one big negative
Reviewed in the United States on June 28, 2020
Verified Purchase
I like this author very much, having read several Wits End books and now the witches of Doyle. I really enjoy how the two series show the same town and residents from different perspectives. That said, I’m thoroughly sick of Brayden. He’s a terrible whiner, narcissistic commitment-phobe and Jayce deserves far better. She needs to stop chasing his loser self and find a real man as her sisters have done. She gratefully laps up the few affection crumbs he drops for her as he blows hot and cold. Sadly I have no respect for him and little for her. He’s a turn off.
Read more
One person found this helpful
Helpful
Comment Report abuse

Kindle Customer
5.0 out of 5 stars Fey: A Doyle Witch Cozy Mystery
Reviewed in the United States on January 29, 2019
Verified Purchase
I am hoping that this is not the end of the Doyle Witches. I have enjoyed reading this series of books and look forward to the next book by this author.
Read more
Helpful
Comment Report abuse

Luminesce
5.0 out of 5 stars Fun and magical
Reviewed in the United States on July 21, 2019
Verified Purchase
I love that these are fun, easy reads full of Magick. I also pick up tips and appreciate the knowledge and research done for accuracy.
Read more
Helpful
Comment Report abuse

Angela @ Angel's Guilty Pleasures
4.0 out of 5 stars A fun magical cozy mystery.
Reviewed in the United States on November 14, 2018
Fey is book five in The Witches of Doyle series by Kristen Weiss.

I’ve been enjoying Weiss’s Perfectly Proper Paranormal Museum series and so when I saw that Fey was going on tour, I decided why not give The Witches of Doyle a chance. I’ve been wanting to try other books by Ms. Weiss, so it was a great opportunity.

Fey is book five, but you can still jump into the series without having read the others. The author does a good job recapping the events that happened to these characters, so we have an idea of where they are at. Now for me I prefer to read series books in order, but that doesn’t always happen. I was able to pick up the events that previously happened, but I know I would have liked to have read them myself, just to get a deeper feeling for the characters.

Witch Jayce Bonheim has given up magic. Why? Well; because her boyfriend or soul mate was hurt by an evil witch, so she feels it’s best to not do magic or have magical items out and around. This leads to some weird things happening to Jayce; because she’s not using her gift. I felt sad for Jayce and understood why she chooses not to do magic, but I was also like if your boyfriend can’t accept you for who you are then maybe he isn’t your soul mate. As for the boyfriend, Brayden. I liked him and I felt for him and what he went through. I think the main thing for them was neither one communicated, which leads to Jayce thinking she shouldn’t do magic and that wasn’t the case and as we all know communication is the key to a relationship.

Now onto the mystery or mysteries. Their are a few different mysteries going on and Jayce jumps into the one that has to do with her employee who turns up dead, but also their are these two weird characters, O’Hare and Raven, hanging around and watching what the sisters are doing, and some other magical stuff happening. I found myself drawn into the different mysteries. I had know idea who the murder was until the very end. I also enjoyed all the magical elements along the way and wonder who or what O’Hare and Raven are and what they are doing watching the sisters.

Fey was a fun magical cozy mystery. I had a delightful time and plan to start The Witches of Doyle from the beginning. If you enjoy Magic and Cozy Mysteries then this series is for you.

Mary Moon
5.0 out of 5 stars Incredible, Amazing, Suspenseful! READ THIS!!!!!!
Reviewed in the United States on October 28, 2018
Fey: A Doyle Witch Cozy Mystery, by Kirsten Weiss, is so good i cant seem to find a word that describes it well enough! Old friends are back from earlier in the series, plus characters from the Doyle series. Love the way these mesh together to bring you a bigger sense of the town of Doyle, and all the incredible things going on there! I dont do spoilers, so i will just say i loved every second of this book. I was literally on the edge of my seat at times, it is so suspense filled. With each new addition to this series, the better it becomes! (I received this book free from the author as an ARC, in exchange for an honest review.) I cant say enough good things about Fey and Kirsten Weiss. Absolutely terrific book. Please, everyone, try this book! You will be glad!
Read more
Helpful
Comment Report abuse

Rosemary rosiebear Pfeiffer
VINE VOICE
5.0 out of 5 stars Nice cute fairies ??? NOT !!
Reviewed in the United States on October 29, 2018
I was fortunate enough to have received a free copy of this book and my review is my voluntary.. I liked reading this story. I think the dynamics of the triplet sisters really brought the book together. Each one has a special talent and was dynamite as one. I always thought fairies were sweet tiny giggling balls of light...but not in this story !!! Lol, teeth, bloody, and attracted to death, these are the kind to stay away from...unless you happen to be these triplets. It's hard enough being a witch, but having a boyfriend who isn't one,makes fighting these creatures just a bit more difficult...but interesting. These characters in this story are easy to like. The story is fun to read. I definitely recommend this book to everyone.
Read more
Helpful
Comment Report abuse

J Y.
5.0 out of 5 stars Magic to Die For?
Reviewed in the United States on October 29, 2018
The historic town of Doyle is still quaint, but powerfully strange, and is being overrun with more than just tourists. Residents are dying at an alarming rate and the Bonheim triplets, Jayce, Karin and Lenore, have their hands full fighting off shark-toothed gnomes. After spending time as the pawn of a powerful witch in the last book of the series, Brayden has reunited with Jayce, but her magical powers are putting a strain on their relationship. I received a free copy but my review is voluntary. The story’s action and suspense make it easy to recommend this book to anyone.
Read more
Helpful
Comment Report abuse

Renee Stokes
3.0 out of 5 stars A cute contemporary witch story, if you like clueless witches.
Reviewed in the United States on November 29, 2018
Fey is the second book about the Doyle sisters I've read, the previous being Ground. The sisters are clueless about the obivious magical signs around them, they stumble along throughout the book half completing tasks and misinterpreting creatures. Eventually, the sisters stumble and bumble their way to solving a murder, helping misunderstood farires find their way back home and fixing relationships damage by magic.
Read more
Helpful
Comment Report abuse
See all reviews

Jan
5.0 out of 5 stars Good read
Reviewed in the United Kingdom on November 30, 2018
Verified Purchase
Start with book one of the series as they follow through nicely. A great read from beginning to end. Am hoping there will be another soon.
Read more
Report abuse
See all reviews