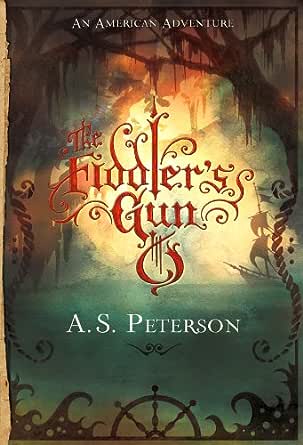 You've subscribed to Fin's Revolution! We will preorder your items within 24 hours of when they become available. When new books are released, we'll charge your default payment method for the lowest price available during the pre-order period.
Update your device or payment method, cancel individual pre-orders or your subscription at
Your Memberships & Subscriptions
There was an error. We were unable to process your subscription due to an error. Please refresh and try again. 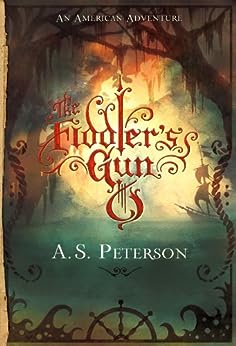 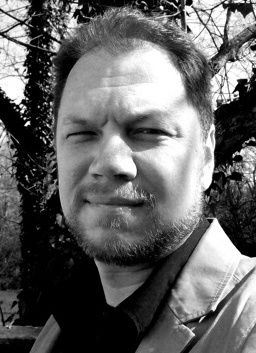 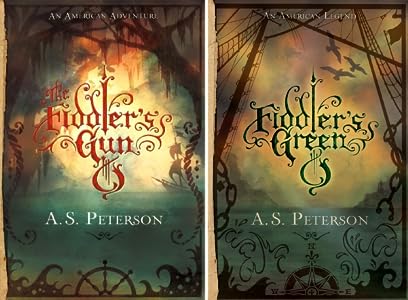 I found myself stopping to reread passages because they were so beautifully written. The characters that populate the world of The Fiddler's Gun are so sharply drawn that I found myself thinking about them while I wasn't reading the book and that's one of the best compliments I can give any story. This is not a tame tale, there is violence and darkness but there's also love and hope and whispers of redemption. This is an adventure story and it's a love story. There are pockets of beautiful writing that will still your heart and characters that are impossible not to feel for. And it's also a bit of historical fiction! Truly, The Fiddler's Gun is reading at it's best. ----- Review from MyFriendAmysBlog.com

With dogged fidelity, Peterson captures the spirit, manners, and social conditions present during the American Revolutionary War. We meet colorful, credible characters who navigate the high seas of life and love, dependence and independence, war and peace, truth and consequence, and despite forays into dark places, The Fiddler's Gun is beautiful, lyrical, and redemptive. A.S. Peterson has crafted a work of compelling historical fiction which begs the question, "Can this really be a debut novel?"----- Review from The Phantom Tollbooth

Great books like The Fiddlers Gun give a lifelike voice to historic characters on whose fictional shoulders we stand. We peer into Fins story through the eve and eye of The Revolutionary War. Theres her best friend Peter LaMee, her foe Sister Hilde; humor, romance, betrayal, grand ships, swearing sailors, pirates, gallows, Red Coats, Tories, and the hunger for American independence. Though within the epic framework, Fin just craves acceptance and love, to be an orphan no longer to belong. Here we have a book that is a New York Times bestsellers equal produced in the very fashion of redemption.----- Review from Curator Magazine --This text refers to an out of print or unavailable edition of this title.

America is on the brink of war with England, and Fin Button is about to come undone. She's had it with the dull life of the orphanage, and she's ready to marry Peter and get away from rules, chores, and a life looked after by the ever-watchful Sister Hilde. But an unexpected friendship forms between Fin and the fiddle-playing cook, Bartimaeus, which sets her on a course for revolution.

With Bart's beloved fiddle and haunting blunderbuss as her only possessions, Fin discovers her first taste of freedom as a sailor aboard the Rattlesnake. She's hiding some dark secrets, but there are bigger problems for the crewthey are on the run from the Royal Navy, and whispers of mutiny are turning the captain into a tyrant.

When Fin finally returns home, will she find Peter still waiting, or will she find that she's lost everything she once held dear? --This text refers to an out of print or unavailable edition of this title.

A.S. "Pete" Peterson is a contributing writer at The Rabbit Room (RabbitRoom.com), a community of writers and artists drawn together by a mutual desire to seek truth in storytelling. He lives in Nashville, Tennessee where he wishes he had more time to sail. --This text refers to an out of print or unavailable edition of this title.
Read more