You've subscribed to Elven Alliance! We will preorder your items within 24 hours of when they become available. When new books are released, we'll charge your default payment method for the lowest price available during the pre-order period.
Update your device or payment method, cancel individual pre-orders or your subscription at
Your Memberships & Subscriptions
There was an error. We were unable to process your subscription due to an error. Please refresh and try again. 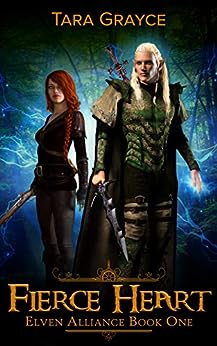 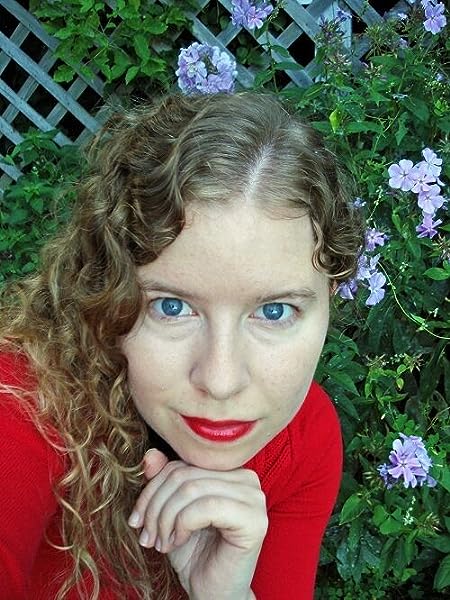 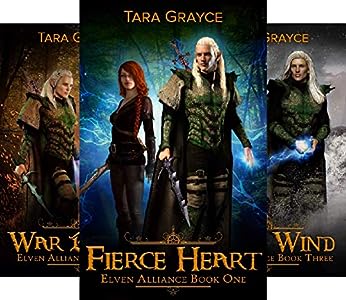 4.5 out of 5 stars
4.5 out of 5
520 global ratings
How are ratings calculated?
To calculate the overall star rating and percentage breakdown by star, we don’t use a simple average. Instead, our system considers things like how recent a review is and if the reviewer bought the item on Amazon. It also analyzes reviews to verify trustworthiness.

Morgan Huneke, Christian Children's Book Author
5.0 out of 5 stars Amazing Story!
Reviewed in the United States on January 20, 2020
Verified Purchase
Oh, goodness, where do I even start? I heard about this one back at Realm Makers (it wasn't out yet), and thought it sounded like it would be interesting and wanted to read it, but boy, I had no idea how much I'd fall in love with this book. To the point where I stayed up until 2 in the morning because I just had to finish it and was rereading bits the next day honestly just wanting to reread the entire thing...but really wanting the next book in the series which isn't fully written yet.

Essie and Farrendel. They could not be more different. She's happy and talkative and oh so determined to do right by the people she loves...and determined to love her brand new elf husband who she just met. Farrendel Laesornysh is quiet and reserved and closed off, battle scarred, emotionally scarred by the things he's been through as well as things about him he has no control over...things Essie doesn't let define him, but he does. And, oh, yeah, she's a human princess and he's an elf prince and they just met, but they're getting married to achieve peace between their nations. Even though both of them have overprotective older siblings who are afraid this situation will only end by hurting their baby brother/sister.

I just love Essie and Farrendel so much. The way their relationship develops as they get to know each other, the way Essie's just so positive and determined, the way Farrendel comes to lean on her...it's just so...I don't know if I want to say beautiful because Farrendel has a lot of pain to deal with, but it's beauty coming out of brokenness.

And it's funny. All the stuff about elven shampoo and conditioner. XD I want some. And just Essie's personality and the way she interacts with elven culture is amusing.

Plus danger and action. Troll attacks and near deadly wounds and elf magic and I really can't wait for book 2.

And I'm trying really hard not to give major plot spoilers, so I don't know what else I can say except go read it. Go read it now. Steampunk fantasy romance. With awesome characters and a great story about how love is a choice, and go read it. You won't regret it.

Note: It's marketed as adult, but it's pretty clean, so I'd be fine handing it to an older teen.
Read more
58 people found this helpful
Helpful
Report abuse

L. Leevike
2.0 out of 5 stars I tried to love this book, I really did.
Reviewed in the United States on December 4, 2019
Verified Purchase
I mean, elves. And humans. And love between them. Slow-burn. But.

I have yet to decide which is stronger, my curiosity about what happens next and who the traitors are, or my absolute disgust with silky elven hair and their magic shampoo. And conditioner. Ugh, the conditioner. It got mentioned so often I had to wonder, what's with the hair fetish? Really. It was only the aforementioned curiosity that got me through the book, because there were times I nearly didn't want to read this anymore. At least so much I can say: the positive thing about this book was, it kept my interest up. But barely.
Read more
54 people found this helpful
Helpful
Report abuse

Sea Shell Pointe
4.0 out of 5 stars FINALLY a Clean Read! 4.5 Stars
Reviewed in the United States on January 30, 2020
Verified Purchase
I really enjoyed the main characters of this book-- a human princess and an imperfect elvan prince. I appreciated how I was finally able to enjoy a fantasy romance that wasn't about woohoo scenes. There are good descriptions here with the settings. I appreciated the female lead-- she was strong in her own way. She has courage and is a truly "good" character by thinking of others' needs over her own while still considering her own happiness despite adversities. As the reader we uncover more and more about her selflessness and talents. She's truly a natural born leader. The male lead is a conflicted hero who suffers from quiet self-doubt. Loved the difference in elven culture with the little things-- not only their technology but also their body language and how they hide their emotions. The only minor complaint I have on the writing is the female main character's internal thoughts focused a little one too many times thinking about hair.
Great job author! Looking forwards to your next work. Followed.
Read more
36 people found this helpful
Helpful
Report abuse

Kern
5.0 out of 5 stars Well worth a look
Reviewed in the United States on December 25, 2019
Verified Purchase
Fantastic! This read like an old favorite. I've been sick for the last few days and rereading lots of K.M Shea and W.R. Gingell. Tara Grayce needs to be added to that list. Grayce's elves were as fun to read as Shea's while being absolutely unique. (Aside from the ears of course.)
The elf/human cultural differences and similarities were fascinating. Great world building. I already pre-ordered the second book. Can't wait. I will certainly be reading this series over and over.
Read more
19 people found this helpful
Helpful
Report abuse

Jaye L. Knight
5.0 out of 5 stars Adorably Delightful
Reviewed in the United States on November 27, 2019
Verified Purchase
So good! I haven’t read a whole book so quickly in FOREVER. I totally neglected editing my own book to do it. I laughed, I cried, it moved me, Bob. No, seriously, it did. And I certainly did my fair share of swooning. It was adorable and delightful and I can hardly wait to read book two!! P.S. I want to wrap Farrendel in bubble wrap and protect the poor, precious dear forever.
Read more
13 people found this helpful
Helpful
Report abuse
See all reviews

A. Mortley
5.0 out of 5 stars Nice storyline
Reviewed in the United Kingdom on December 12, 2019
Verified Purchase
I liked the story line when I looked at it on pre order when it downloaded and started it at once.it started slow but that can happen but when all the characters came together.this story is more about the girl than her husband (he reminds me of mr Spock in Star Trek ) but saying that the story flows nicely so I finished the book in 2 days and have ordered the next one .not much romance in this and no sex
Read more
4 people found this helpful
Report abuse

Kindle Customer
3.0 out of 5 stars Elves verses the rest
Reviewed in the United Kingdom on September 8, 2020
Verified Purchase
The book does nothing wrong it's a bit light weight compared with epics such as Lord of The Rings and the like but does combine industrial revolution tech level with magic and non human races. Centres on the growing bond between a couple thrown together by circumstance. A gentle rather than rough read.
Read more
One person found this helpful
Report abuse

JCFalcon
5.0 out of 5 stars Sweet
Reviewed in the United Kingdom on April 25, 2020
Verified Purchase
I loved the world building the characters are sweethearts. I cannot wait to read the next book because I am hooked
Read more
Report abuse

NoricumWitch
3.0 out of 5 stars Really tame
Reviewed in Germany on June 3, 2020
Verified Purchase
I am a sucker for the arranged marriage trope, but it really didn’t do it for me here.

The plot is simple. Elves and humans are enemies (kind of) and a marriage between Essie and the elven Prince Farrendel is agreed on. Both Essie and Farrendel are pretty ok with that.

I was pleased, that there was no drama here. They both agreed, it would be for the good of their people and they didn’t harbor any ill feelings for each other. Big plus here.

Buuut that is also the problem. There is no friction what so ever. Nothing, nada, none. It’s terribly boring. Essie is so over eager to please everyone, she pretty much agrees to everything and is willing to roll over to avoid tension. The prince has pretty much no character at all, besides being stern and misunderstood. I don’t buy their love story, at all. I had trouble finishing the book, cause nothing actually happened. No friction between the characters (I don’t mean drama, I just mean ANYTHING sparking between them), the plot is tame and not really engaging.

I can see people enjoying this book. It’s sweet at times and really something for people who want an easy uneventful read with some tame romance.

There is no explicit content.
Read more
3 people found this helpful
Report abuse

MadHatter
4.0 out of 5 stars Ok, but not enthralling. 3.5 stars
Reviewed in Australia on November 27, 2019
Verified Purchase
Why? Well, she is sweet and kind in every situation and he is more wounded victim, than manly hunk. Together, they are... nice.
I did kind of loathe the in-laws by the end, since although they loved the prince, they continued to use him as their main weapon, even as his edge got more brittle with each battle.

It needs more to spice it up, whether that is humour, violence, intrigue, desire, etc.
Whilst I understand that this first book was world building, and developing an ongoing storyline, it failed to keep me interested enough to buy the sequel, although I did finish this one.
Read more
One person found this helpful
Report abuse
See all reviews