$15.60
+ Free Shipping
Sold by: Book Depository US
Have one to sell?
Sell on Amazon 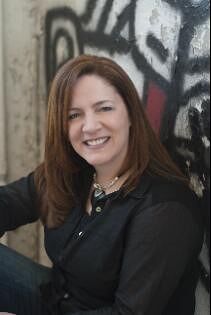 Ronie Kendig is an award–winning, bestselling author who grew up an Army brat. She married a veteran, and together their lives are never dull with four children and two dogs―a Maltese Menace and a retired military working dog. Ronie's degree in Psychology has helped her pen novels of intense, raw characters.

Start reading Fierian (Abiassa's Fire Book 3) on your Kindle in under a minute.

Deena Peterson
5.0 out of 5 stars Captivating and exquisite!
Reviewed in the United States on March 6, 2018
Verified Purchase
I'm going to try my best to do this book and the series justice here, so please bear with me.

I'm not a huge fan of the fantasy genre. It takes a story that is so mindbendingly epic to hold my attention, and such treasures are rare and precious finds.

I can count the number of such series' on less than two hands. But Abiassa's Fire and Fierian give me hope for more.

When I do discover such a novel, I get swept up into the world the author has created. I become completely invested in the outcome of the tale and the well being of the characters.

When I finished Tolkien's masterpiece series, I sobbed. It was over, and I didn't want to leave. When I finished Lewis' time-tested set of magical journeys through the wardrobe, I felt lost in the real world, having dwelled in Narnia for hundreds of pages.

As I turned the final page of Fierian, I wept. Both with joy because I finally knew how everything ends, and with sorrow, because I had to step out of that world and back into mine.

What Ronie Kendig accomplished with her military suspense is outstanding. But what she has done with Abiassa's Fire is masterful. From powerful description to realistic fantasy dialogue, to memorable imaginary friends and a completely unheard of premise (the ability to wield fire? I mean, c'mon, that alone is mindbendingly fantabulous!)...

Kendig has crafted high fantasy of the highest caliber. I truly believe that Abiassa's Fire was Kendig's destiny, that she was born to craft this series.

Fierian caps off an epic, sweeping high fantasy trilogy that leaves the reader both satisfied and wanting more. . .just one more chapter, just one more moment spent in this incredible world.

I can hardly wait to see what Ronie Kendig comes up with next, because I know it will be epic!

nova73guy
5.0 out of 5 stars Perfect, fast-paced finale to the trilogy
Reviewed in the United States on March 20, 2018
Verified Purchase
Fieri Keep in ruin, the Nine scattered, House Celahar a remnant of its proud heritage. Prince Haegan, ensnared by the Infantessa’s inflaming, struggles to find himself once again. Meanwhile the council of the Nine searches for the Fierian, sending out his friends as fingers through the land, hoping for some hint of his existence.
During this time old friendships and alliances are torn, shattered, or destroyed, even as new ones are forged. Those who claim to be loyal betray Abiassa and the Nine to the Dark One Poired Dyrth, Sirdar’s right hand. Poired’s incipients poke and prod, inflaming the loyal against one another. But there is a glimmer of hope.
Those who survive Poired’s march across the Nine Kingdoms start to band together. Even enemies put aside their differences and unite with a common purpose: find the Fierian and defeat Poired and Sirdar. Remnants of the Nine, outland kingdoms, and others, stand together. They start training and readying themselves for the battle to come, acting on faith more than anything, hoping the Fierian will return to them, as well as loved ones taken by the Dark One. Some discover new abilities. Others have theirs increased. Some have them returned to them by Abiassa herself.
Abiassa’s will cannot be stopped. But in the battle to save the planet from evil, will the Fierian arrive in time to stop Poired’s advance and close the void? She had stopped him from killing Poired at Fieri Keep. Would She do it again? As the small, ragtag army readies itself to face the ultimate evil one thing is certain: they cannot hope to be victorious without the Fierian.

This book finishes out the trilogy beautifully. It brings love along with heartbreak, fierce battles, and little respite as you thumb your way through the pages, unable to put it down. It starts fairly quickly, picking up where Accelerant left off. Once you get into the pace, you'll want to read through to the end. Don't let yourself be fooled. It may seem predictable, but will change directions on the next page. Keep reading, following the and you'll reach an ending fit for Abiassa herself!
Read more
Helpful
Comment Report abuse

MF Literary Works
5.0 out of 5 stars Wow Epic Ending!
Reviewed in the United States on March 6, 2018
Verified Purchase
A good book is one which ignites deep emotions and feelings in you; so much so that when you finish the book you can’t think about anything but the book, and what you experienced.
Some of the most treasured classic books which have this ability are by JR Tolkien’s, The Lord of the Ring Series and CS Lewis’s, Chronical of Narnia Series. These books bring about questions and lessons which we can apply to our lives today while painting a captivating and compelling story.
In this series by Ronie Kendig, I find the same thing. She has written three books which are truly epic and full of lessons which will stay with me long after I’ve read these stories.
In this last book of the series, we find Heagan struggling with the dark side. I love how Ronie Kendig has stated it,
“War raging without and within, Abiassa’s people face their greatest need. But before the Fierian can fulfill his destiny, he has to defeat the enemy in his own mind.”
I find this so relatable to our lives now in this real world. We often struggle with doubts, fears, and powers out of our control. If we just choose to listen to God’s directions and trust His ways we can defeat the “dark ones” in our lives.
While reading this book I had so many emotions building up in me. There were a few times of humor and fun, as well as times of deep hurt and pain. Many times, I had to step away from reading it because it got so intense. I didn’t want to read what I knew was coming, yet it compelled me to come back to it. My heart ached and rejoiced for the characters throughout the whole series. There might have also been a couple times I shouted at them and said, NO, NO, NO! But I couldn’t put it down. It kept me so engaged and now I feel like I’ve truly been through the battle with them.
It’s like so many have said before, “Sometimes I forget myself in a book. And when I have to stop reading it takes me a minute to remember where I am. Or who I am.” That’s exactly how I’ve felt since reading this series.
I received this book from the publisher for an honest review, all opinions are my own. I truly enjoyed this new series, and I HIGHLY recommend reading it.
Read more
Helpful
Comment Report abuse
See all reviews

Kindle Customer
4.0 out of 5 stars Well done!
Reviewed in the United Kingdom on March 10, 2018
Verified Purchase
A good ending to the trilogy. This book was as exciting as the others and kept me awake at night! One loose end that wasn't tied up though......might we hope for a book dedicated to Drracien in the near future?
Read more
Report abuse
See all reviews