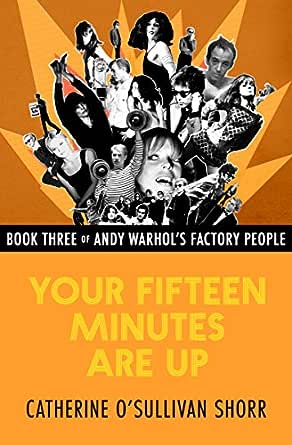 You've subscribed to Andy Warhol's Factory People! We will preorder your items within 24 hours of when they become available. When new books are released, we'll charge your default payment method for the lowest price available during the pre-order period.
Update your device or payment method, cancel individual pre-orders or your subscription at
Your Memberships & Subscriptions
There was an error. We were unable to process your subscription due to an error. Please refresh and try again. 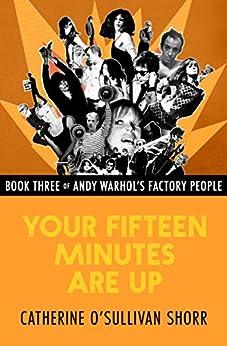 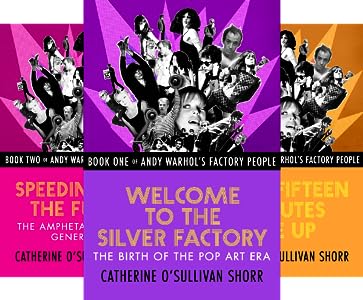 Praise for Catherine O’Sullivan Shorr
“Adds spice to a well-trawled story. Here, mavericks from The Factory give their take on Warhol and his drug-and-sex fuelled studio.” —The Art Newspaper on the documentary Andy Warhol’s Factory People

“Different in its avowed bottom-up approach—Warhol as a function of his followers. This time . . . it’s the interviews that tell the tale.” —Los Angeles Times on the documentary Andy Warhol’s Factory People

Catherine O’Sullivan-Shorr (also credited as Catherine Shorr) is an award-winning writer, film/sound editor and documentary filmmaker involved in the film and television industry for over thirty years, working with producers, directors and editors such as John Huston and Rudi Fehr on Prizzi’s Honor, Norman Jewison on A Soldier’s Story, John McTiernan on Predator, Wes Craven on Shocker, Jacques Dorfman on Shadow of the Wolf, Joel Silver on Die Hard (received an Oscar nomination with Richard Shorr) and Gérard Corbiau on Farinelli (received a César Award with Richard Shorr). She also received an Emmy for editorial work on The Day After for ABC. O’Sullivan attended St. Lawrence University, Canton, NY, and is an alumna of Universidad de las Americas, Mexico City. She later attended the London Film School while working at Shepperton Studios in the United Kingdom. She has published articles and stories in the Los Angeles Times, The L.A. Reader, Buzz Magazine, Libido, Chicago Tribune, The Boston Globe, The New York Press, Paris Magazine, and L’Originel, Metaphysique et Avant-Garde, Paris, France. She has also won best fiction awards at, among other venues, the Santa Barbara Writers Conference. As a script doctor, O’Sullivan worked on numerous screenplays, including: La piste de l'aigle (Galatée films, prod. Jacques Perrin, Yvette Mallet, Paris), ‘The Magic Chess Player’ (an historic drama, for Made in Europe Productions, Paris), Hemingway’s ‘The Fifth Column’ (Planet Group Entertainment/Esparza-Katz Productions, Los Angeles), ‘Game One’ (Tony Roman Productions, Montreal, Quebec) and co-wrote (with Norman Spinrad) the film treatment of Druid–The Legend of Vercingétorix (Jacques Dorfmann, Eiffel Productions, Paris). O’Sullivan, with partner Patrick Nagle of Planet Group Entertainment, has produced numerous documentaries. Her three hour series, Andy Warhol’s Factory People was produced for France Television 4 and broadcast in the U.S. on Ovation Television. The series has been broadcast in twenty other territories and sold to over 400 universities worldwide. She recently completed a subsequent book, also entitled Andy Warhol’s Factory People, which brings more to light about Warhol and the Factory and the New York City scene in the Sixties. O’Sullivan is currently working on a novel on Baja California entitled Lava. --This text refers to an alternate kindle_edition edition.

Colleen McCaskey
5.0 out of 5 stars Andy Warhol-we love you!
Reviewed in the United States on February 13, 2017
Verified Purchase
The series of 3-has some revealing pictures of The Factory and the people who were there. Great memories from the "Superstars". The rest of us can only imagine the magic and the drugs!
Read more
One person found this helpful
Helpful
Comment Report abuse
See all reviews from the United States