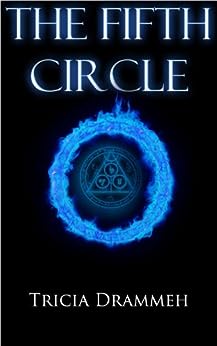 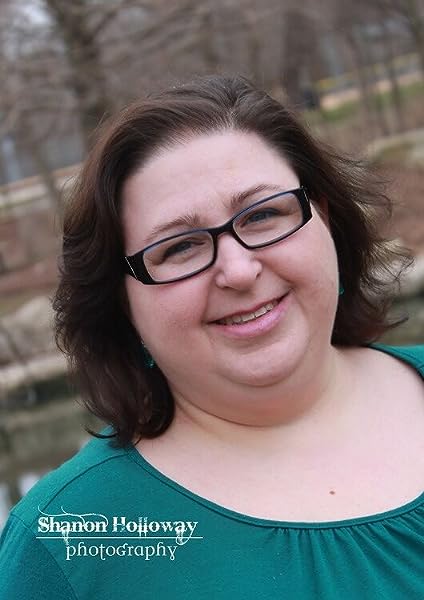 Tricia Drammeh is a wife and mother of four children who lives in New Hampshire. Her published works include the Spellbringers series, Better than Perfect, The Seance, and The Fifth Circle. She is currently working on her eighth novel. When Tricia isn't writing, she can be found devouring books, chasing cats, or consuming vast amounts of coffee.

ToBeRed. Love it!!!!
5.0 out of 5 stars Distincitve, compelling, heart wrenching
Reviewed in the United States on April 8, 2013
Verified Purchase
I have to say this is not an easy read. It is a read that delves deep. Sometimes its even difficult to read and accept the reactions of both MC's and the circumstances they face in their lives. But there is so many layers here to explore in both these characters, and the author is not holding back on pulling punches. I love these kind of reads. The ones that stay with you for a very long time. And the fifth circle is exactly one of those reads.
I can't say that I fell in love with the characters, but they sure as heck captured me and wouldn't let me go till I'd finished reading and then even afterwards.
Alex is introverted and a victim in so many ways, at times I wanted to counsel her myself, but that shows powerful writing, when you are so invested in a character, you want to leap into the pages and help them.
Sean, is so complex. There are so many layers to him. Some violent, some generous, some annoying. I could go on, but his narrative is so gripping, you have no idea which way he'll go next or what he'll do, definitely compelling reading.
I loved all the references to Dante's poem, so apt, so in tune to the story and a nice over arching theme to incorporate, particualrily with Mr Chalmers, the teacher who cared to inspire and encourage.
This is an excellent read, one to be savoured and one to ponder. Not many authors could pull this off, but Ms. Drammeh has.
Read more
2 people found this helpful
Helpful
Report abuse

Joleene Naylor
5.0 out of 5 stars An Awesome Dark Story
Reviewed in the United States on March 21, 2014
Verified Purchase
First - I LOVED this story!

Alex and Sean are neighbors and have been best friends since childhood - they know one another's secrets and oddities and accept them. Now seniors, they are both struggling to overcome issues from their past. When their friendship turns into romance, their relationship quickly morphs into something unhealthy that falls apart in a final climax.

A lot of authors attempt to write teens that come off sounding stilted or whose motivations feel hollow or forced, but not so in this book. It was like stepping in a time machine and going back into my own youth - I probably shouldn't admit this, but I *knew* these people (or people like them). I understood and connected to so much of it - the small town atmosphere, the floating indecision, the pressures to make a choice and have ambition when you can't even figure out what you want to do, and the apathetic way of being swept into things you really don't want to be just because you're "supposed to" or because you think someone else "wants you to".

I'm not usually a fan of first person present tense, but it felt effective in this story. The back and forth between the character's point of view was also good. I enjoyed getting to peek inside both their heads and understand why they did what they did. I also liked that though the book is beautifully dark, the ending is bright. So many of these type of stories stop at the tragic point and never bother to go on to the part where the characters start to grow up a little, and I was glad to see that this one did.
Read more
One person found this helpful
Helpful
Report abuse

Jane Dougherty
5.0 out of 5 stars A modern tragedy
Reviewed in the United States on May 6, 2013
Verified Purchase
I dipped into this book because I know and admire Tricia Drammeh as a YA author. The blurb sounded interesting, the cover is attractive, so I thought I'd give it a try. Once I dipped in, I was hooked.
The story is told using first person, alternating chapters between Alex and Sean, two eighteen-year-olds at the end of their school careers, both outsiders, both with a history of misery. It doesn't take long to realise that they are both psychologically damaged. Sean escapes into violent computer games, Alex into schoolwork. Sean's escapism is exacerbating his erratic and compulsive behaviour, while Alex's could lead to her salvation.
The device of alternating viewpoints of the same situation is an extremely effective way of showing the glaring differences between the pair. Each is able to understand the other's pain, or at least what is at the root of that pain, but is powerless to see the damage they are piling on top of it; Sean through his violence, Alex through her submission. Only at the end of the story does the reference to Dante's fifth circle of hell become significant.
Tricia Drammeh in my opinion does a remarkable job of getting inside the heads of these two very fragile human beings. While it was easy to sympathise with Alex, I found it much harder to feel the same unequivocal compassion for Sean. He is not an attractive character, but there are times when he shows sympathy and understanding. If these occasions aren't enough to turn him from a bad guy to a good guy, the fault is not in the writing, but in human nature and how it can be twisted and distorted for a plethora of reasons.
In The Fifth Circle, Tricia Drammeh has opened a window into the sad, pathetic and tragic lives of two young people who didn't deserve the way they life treated them. It is a painful story, beautifully written, and despite the grimness, I can honestly say that it was an exhilarating, captivating read.
Read more
2 people found this helpful
Helpful
Report abuse

Alexie Aaron
5.0 out of 5 stars Thought provoking
Reviewed in the United States on April 28, 2013
Verified Purchase
The theme of Dante's fifth circle of hell is played out expertly throughout this slice of life in Midwestern America. The story is told from two perspectives. The wrathful Sean, a bipolar gamer on a descent into his own hell, rejects the conventional help offered to him and instead fixes on his girlfriend Alex. The sullen Alex, a girl damaged by her past "not to be spoken of," is an intellectual, apathetic, attractive young woman with no self-esteem. Alex lets Sean control her with his emotional blackmail. Alex is but a fallen leaf blown by Sean's controlling raging windstorm. Together they have condemned themselves to live in the Fifth Circle by their actions and inaction.

The book took hold of me from the start and held me with each page I turned. I found myself talking to the characters trying to steer them away from the path their choices were sending them on. This a deeply moving story, told with gritty realism.

This book is excellent for discussion. I recommend it for the reader that wants to think, feel and examine great writing.
Read more
One person found this helpful
Helpful
Report abuse
See all reviews
Back to top
Get to Know Us
Make Money with Us
Amazon Payment Products
Let Us Help You
EnglishChoose a language for shopping. United StatesChoose a country/region for shopping.
© 1996-2021, Amazon.com, Inc. or its affiliates