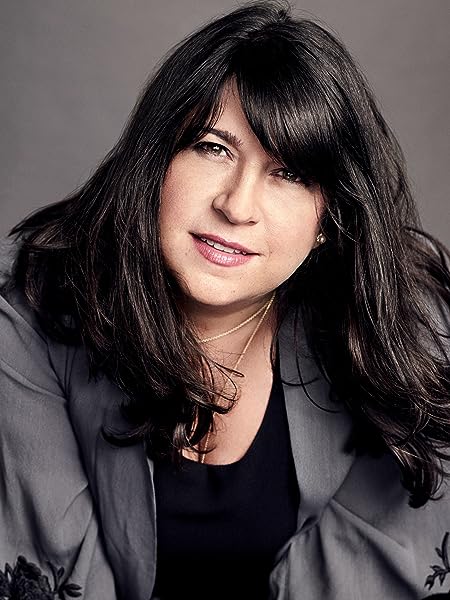 E L James is a former TV executive, wife and mother of two based in West London. Since early childhood she dreamed of writing stories that readers would fall in love with, but put those dreams on hold to focus on her family and her career. She finally plucked up the courage to put pen to paper with her first novel, Fifty Shades of Grey.

Start reading Fifty Shades (3 Book Series) on your Kindle in under a minute.

4.5 out of 5 stars
4.5 out of 5
29,720 global ratings
How are ratings calculated?
To calculate the overall star rating and percentage breakdown by star, we don’t use a simple average. Instead, our system considers things like how recent a review is and if the reviewer bought the item on Amazon. It also analyzes reviews to verify trustworthiness.

Myas
1.0 out of 5 stars Shelved After 8.12%
Reviewed in the United States on September 16, 2018
Verified Purchase
8.12% into the book: It's not hard to see Christian Grey is a geeky sort of guy, brilliant, business savvy, young billionaire, stunningly handsome, social, with ever so dark a side but Ana unravels him. He's had 15 women in his high-end S&M leather room but he's not woman savvy, he couldn't detect Ana was a virgin telling me women use and have used him, he's rich, so gold diggers would gather, those who think sex is the key give his brand of kink a try though I think money is still the moral of that story telling me more in that he is an innocent not the worldly womanizer. Enter Ana, a bone-head giving naive a whole new meaning. After incredible sex, passion beyond passion, intimacy like nobody's business, she can't talk to him without being self conscious? Each encounter is new? Seriously? interestingly enough it's evident intimacy doesn't live here, it's not personal it's business though Ana has him doing things he said he wouldn't like make love, but she's so self conscious with him, embarrassed, uncertain, after the first night that bond that should've been there ain't. There are secrets most likely, but I'd rather Gabriel Oak and Bathsheba's Madding Crowd. I began skimming through sex parts, his erection, her orgasm, kinky things we say in the heat of and made a decision. I'm putting Shades of Grey on the shelf. Maybe some other time or not and we don't need to have Paris. I got to page 151 of 1859: It occurred to me if I skimmed through all the sex parts to pick out the story, I'd probably be done with Book 1 in 30 minutes.

It's ok - I have no qualms with leaving it on the shelf.

S. K. Leggate
3.0 out of 5 stars she encounters a man who is beautiful, brilliant
Reviewed in the United States on November 25, 2017
Verified Purchase
FIFTY SHADES OF GREY: When college student Anastasia Steele goes to interview young entrepreneur Christian Grey, she encounters a man who is beautiful, brilliant, and intimidating. The unworldly Ana realizes she wants this man, and Grey admits he wants her, too—but on his own terms. When the couple embarks on a daring, passionately physical affair, Ana discovers Christian’s secrets and explores her own desires.

FIFTY SHADES DARKER: Daunted by Christian’s dark secrets and singular tastes, Ana has broken off their relationship to start a new career. But desire for Christian still dominates her every waking thought. They rekindle their searing sensual affair, and while Christian wrestles with his inner demons, Ana is forced to make the most important decision of her life.

FIFTY SHADES FREED: Now, Ana and Christian have it all—love, passion, intimacy, wealth, and a world of possibilities for their future. But Ana knows that loving her Fifty Shades will not be easy, and that being together will pose challenges that neither of them would anticipate. Just when it seems that their strength together will eclipse any obstacle, misfortune, malice, and fate conspire to turn Ana’s deepest fears into reality.

THE ABOVE IS FROM THE BOOK COVERS, and I copied them to give readers of this review a brief synopsis of each book in the trilogy.

First, these books are for adults. They have a lot of explicit content. This does not bother me, but some may not be comfortable reading some of the scenes.

Overall, I think I enjoyed the books. I read them quickly, and read all three, and found them hard to put down. Not sure my inability to put the books down were for the reasons the author would appreciate. Let me explain.

There was a story hidden in all of the gratuitous sex though. The story did not seem like the focal point of of the story, so it seemed mildly lacking, as it appeared the sex scenes had more effort put into them than the rest of the story. The plot/story, if read on its own and skipping the sex scenes, may not have been able to stand on its own, or may be completely empty and boring. I would not suggest that the reader skip the scenes, no matter how gratuitous, as they are an integral part of the story.

I gave this series three out of five. I enjoyed it. I learned things that I was not looking to learn. There is whole other lifestyle out there that I have zero experiences in, and these books showed that love can exist even in these lifestyles, despite what so many believe. I could not give this book a four or a five star rating though because the story line was so empty when the sex scenes were removed. The story should have still been good with or without the BDSM, but this one, in my opinion, could not have stood on its own.

Mandy
5.0 out of 5 stars Very pleased with the way they look
Reviewed in the United States on May 12, 2018
Verified Purchase
Excellent quality Nice thick pages and it also has a built in Bookmark made out of red Satin fabric
Read more

tiggrie AKA Sarah
1.0 out of 5 stars Distressingly bad
Reviewed in the United Kingdom on June 7, 2018
Verified Purchase
Seeing this at 99p for the trilogy, I thought it was worth a look to see if it was as bad as expected/as the extracts I'd seen suggested.

This book's USP is supposedly the oh so hot sex. Um. Well quite apart from the fact it takes chapters of utter tedium to get to said sex scenes, the sex itself is just... really not very good. James doesn't appear to have a strong understanding of female anatomy, despite being a woman, and overall the sex is surprisingly vanilla, extremely repetitive, and unbelievably unimaginative as well as frequently wildly unrealistic. How a writer, given the entire world of sexual experience to explore without any limit save their own imagination, can manage to make the sex that comprises most of this novel so desperately boring and unsexy I simply do not understand.

In addition, it's poorly written to the point where, were I a proofreader, copy editor or similar on this book, I would refuse to be associated with it. Even now that it's a huge bestseller from a legitimate publisher, it still contains the phrase "his eyebrows widen in surprise" - and yes, that's one of the more egregious complaints, but that's not to ignore that the prose, like the sex, is boring, juvenile and repetitive.

Possibly worse than the Twilight books from which it spawned, which is some kind of backwards achievement I suppose, and one of those books where I would award zero stars if I could.

If you want poorly written faux-BDSM, I assure you there is plenty available out there for free. If you want a book with any merit whatsoever... well, there is definitely plenty available for free that leaves this mess in the dust, and if you are willing to spend your hard earned pennies, you can do far, far better than this. Even at 99p, this is a pile of garbage I returned with no regrets.
Read more
62 people found this helpful
Report abuse

Scaramouche
1.0 out of 5 stars Emperor's New Clothes!
Reviewed in the United Kingdom on September 22, 2017
Verified Purchase
E.L. James must be laughing all the way to the bank at our gullibility. You have to give credit to her, she has made a multi- million pound fortune from quite possibly the worst book ever written. She obviously read the "Emperor's New Clothes" when she was young - and we only realised that the book (metaphorically) was wearing no clothes once we bought it and started to read!! Well done E.L James, enjoy. Just don't write any more please.
Read more
31 people found this helpful
Report abuse

Amanda Hartley
5.0 out of 5 stars Not what I was expecting !
Reviewed in the United Kingdom on July 2, 2018
Verified Purchase
Didn't see the film's or read the books as I'm not a big fan of over hyped media that is usually disappointing - but ...... I really, really loved these books !!

I loved the characters, they are all so well written and believable, even with the minor characters you can picture them in your mind.

The storyline was brilliant & not at all what I was expecting (sex, s&m etc - not that I'm against a bit of that) & yes there was plenty of `juicey` bits in it but not over done & decent story lines to keep me interested.

I read a lot of books from all genres & there are very few that hold me through three books - I was so sad when I got to the end of the trilogy - want to know what Anastasia & Christian (& their children are doing now !)
Read more
11 people found this helpful
Report abuse

M.Dipple
5.0 out of 5 stars I loved this romance with Ana and Christian this 3 book ...
Reviewed in the United Kingdom on June 7, 2018
Verified Purchase
I loved this romance with Ana and Christian this 3 book story shows the growth of this couple and he battles the demons of his past and she opens her mind to a different kind of love. its a rocky adventure as different people try to pull them apart but the strong bond they seemed to have from the start is a magnetic one. I loved the email banter in the books which they only touch upon in the films and reading these books from ana's POA makes you root for her to stay the dragon that is Christian's tortured soul. a truly amazing read.
Read more
7 people found this helpful
Report abuse
See all reviews