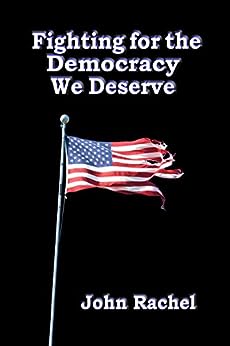 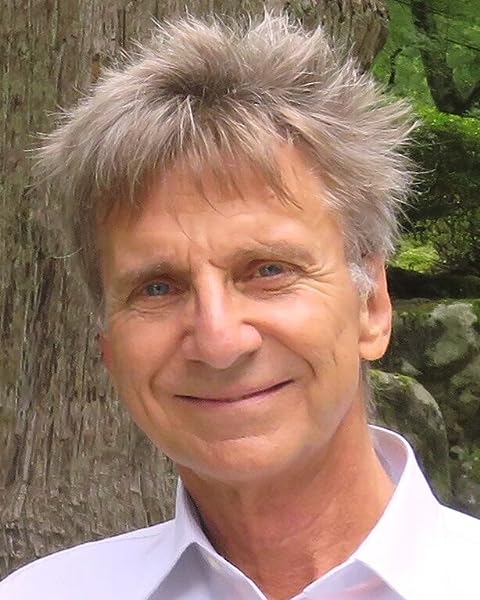 Fighting For The Democracy We Deserve Kindle Edition

by John Rachel (Author) Format: Kindle Edition
See all formats and editions
Sorry, there was a problem loading this page. Try again.
This is a manual for constructive voting in the 2016 and 2018 elections. It presents a concrete plan for wresting control of the country and our democracy back from the rich and powerful, and restoring the constitutional mandate of government of the people, by the people, and for the people.

There is a financial reward for saving America from authoritarian rule by the corporate elite. If voters unite behind the strategy contained in this short book, each and every U.S. citizen will end up $14,084 richer.

I have watched both the ineffectiveness and frustration of progressives build and build over the past 15 or so years. The more blatant the transgressions of our politicians, the more fragmented and directionless the agenda and response of the liberal-progressive class has become. The voice of the left has been both silenced and marginalized. Now, for example, when political demonstrations are held, they either get no media coverage and are promptly squashed by our militarized police forces. The 60s are over.

There are many people who want to turn things around. Thus there is a tremendous reserve of energy to be tapped. Yet I read and read and never see a detailed strategy to FOCUS all this potential activism. A lot of whining. No plan.

Moreover, I am astonished at what enormous agreement there is across political parties and ideologies on many key issues ... fair taxation of the rich, ending the pointless wars, leaving social security and medicare as full functioning programs, raising the minimum wage, GMO labeling, ending corporate welfare, on and on.

My approach is to get people focused on what they want vs. what they get from Congress, then to demand enforceable contracts from all prospective candidates, but especially from incumbents. Fight for the Democracy We Deserve offers a hard-ball strategy of coercion which openly but legally blackmails candidates into doing the right thing or replaces them with ones who will. It establishes an ironclad, enforceable platform for demanding our elected representatives do our bidding as their electors,instead of taking their orders from the deep-pocketed lobbyists and corporate puppet masters who are eviscerating our democracy.

Will it work? I believe it will. I didn't spend four years developing this strategy as mental gymnastics training.

John Rachel has a B.A. in Philosophy, has traveled extensively, been a songwriter and music producer, political activist and is a bipolar humanist. Since 2008, when he first embarked on his career as a novelist, he has had eight fiction and three non-fiction books published. These range from three satires and a coming-of-age trilogy, to a political drama and recently a crime thriller. The three non-fiction works were also political, his attempt to address the crisis of democracy and pandemic corruption in the governing institutions of America. His numerous political essays have appeared at OpEdNews, Russia Insider, Greanville Post, and other alternative media outlets.

Never knowing when enough is enough, the hyperthyroid Rachel continues to be very busy. He has three more novels in the pipeline for publication late 2017 through 2018: Sex, Lies and Coffee Beans, a spoof on the self-help crazes of the 80s and 90s; Love Connection, a drug-trafficking thriller set in Japan; and finally The Last Giraffe, an anthropological drama involving both the worship and devouring of giraffes, which unfolds in 19th Century sub-Saharan Africa.

John Rachel's last permanent residence in America was Portland, Oregon where he had a state-of-the-art ProTools recording studio, music production house, a radio promotion and music publishing company. He still writes music and, much to the annoyance of his neighbors in the traditional rural Japanese town where he now lives, attempts to sing his original songs.

John Rachel has a B.A. in Philosophy, is a novelist and established political blogger. He has written eight novels, three political non-fiction books, and a fantasy/travel/cookbook about the dietary preferences of mermaids. His political articles have appeared at OpEdNews, Russia Insider, Greanville Post, Dissident Voice, Nation of Change, and other alternative media outlets.

Since leaving the U.S. in 2006, he has lived in and explored 34 countries. He is now somewhat rooted in a traditional, rural Japanese community about an hour from Osaka, where he lives with his wife of four years. Daily he rides his bicycle through the soybean fields and rice paddies which sprawl across the surrounding landscape. As of the date of the release of this book, he has a small but promising organic vegetable garden which begs his attention.

You can follow his writing and the evolution of his world view at: https://jdrachel.com

G. Polley
5.0 out of 5 stars ” ordinary folks like the rest of us
Reviewed in the United States on November 3, 2015
In the US Constitution, we are guaranteed a government by the people, for the people and of the people. What we have today is a government by the top 0.1% of the population, who have little-to-no interest in “the Street,” ordinary folks like the rest of us, who have seen our jobs shipped overseas and our futures in question. Who cares if small and middle sized businesses fail? We do, the owners do, but the super-rich do not. Their incomes are portable and they own the politicians, the people that we vote for to represent us. Running for and winning a political office takes money, lots and lots of it. That said, what can we do about it? What kind of action can we take that will work?

Author and activist John Rachel has a plan that I think can and will work if we take it seriously and use it. The plan is to take back the political process by forcing candidates to sign legally binding contracts to support what we want. If they violate the contract, they are legally bound to leave office; failing to do that will cost them a lot of money.

How is all this done? John Rachel’s two books, Candidate Contracts: Taking Back our Democracy, and Fighting for the Democracy We Deserve lay out the plan in detail. The second book is as “a short course manual for constructive voting in the 2016 election.” “The plan,” he says, “is painfully simple. We just need to do it. So he’s get started.”
Read more
Helpful
Report abuse

Spellbound
5.0 out of 5 stars Five Stars for a meaningful book with powerful ideas.
Reviewed in the United States on October 12, 2015
If you ask any American, we all know our country is in big trouble and going the wrong direction. But most of us have no idea what to do about it. This book is full of great ideas to bring us together and help us focus all of our efforts towards really doing something. It's a short read, it's a good read, I would say it's a must read for anyone who's really concerned about our country and is looking for something we can do about all of our problems.
Read more
Helpful
Report abuse
See all reviews
Back to top
Get to Know Us
Make Money with Us
Amazon Payment Products
Let Us Help You
EnglishChoose a language for shopping. United StatesChoose a country/region for shopping.
© 1996-2021, Amazon.com, Inc. or its affiliates