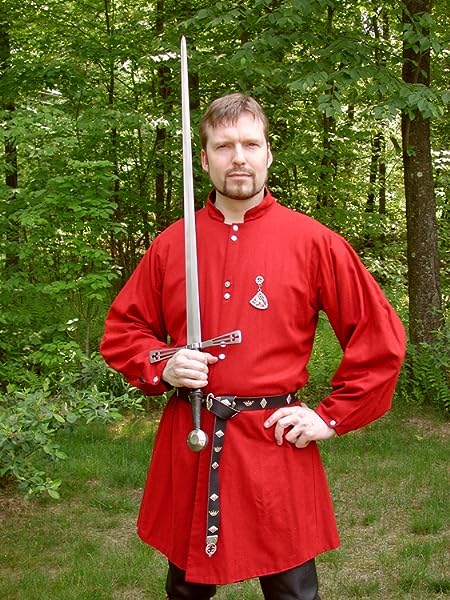 by Christian Tobler (Author)
4.6 out of 5 stars 47 ratings
See all formats and editions Hide other formats and editions
Read more Read less
Inspire a love of reading with Prime Book Box for Kids
Discover delightful children's books with Prime Book Box, a subscription that delivers new books every 1, 2, or 3 months — new customers receive 15% off your first box. Learn more.
click to open popover

Christian Henry Tobler has been a longtime student of swordsmanship, focused on the study of medieval Fechtbucher (fight books) since the late 1990s. Now with five books, two instructional DVDs and a growing number of published articles and essays to his credit, he was the first recipient of the Lifetime Achievement Award for Historical European Martial Arts in 2013. Mr. Tobler serves as Principal Instructor for the Selohaar Fechtschule. He lives with his wife in the United States, in rural Oxford, Connecticut, where he teaches a weekly class on medieval German combat, surrounded by far too many books and pieces of arms and armour for the size house that they live in.

Jason
5.0 out of 5 stars Great introduction to HEMA longsword.
Reviewed in the United States on July 15, 2018
Verified Purchase
I bought this book after I started a HEMA class on longswords based on the German texts. Much of the class went too quickly, as I couldn't remember the difference between a zwerchhau and schielhau. This book together with Sword Fighting by Herbert Schmidt truly helped, and made for great souvenirs of the class.

There is lots of overlap with Shcmidt's book, but this one well designed drills that will get the moves committed to muscle memory. While I recommend both books for anyone interested in learning HEMA, I would probably rank Tobler's book about half a star higher because of the drills.
Read more
One person found this helpful
Helpful
Comment Report abuse

Physical Science Guy
5.0 out of 5 stars Doesn’t just tell you about Longsword, It teaches you.
Reviewed in the United States on January 4, 2019
Verified Purchase
I have many books on Longsword in my library. Tobler has been the only author that is able to take the historic information and present it into a format that teaches the reader the proper techniques. Even fine authors, such as Guy Windsor, will stumble in their writings as they try to present their approach to this martial art.

Mark Pearson
5.0 out of 5 stars Great instruction
Reviewed in the United States on August 24, 2016
Verified Purchase
I love this book. Our group had a single copy of the out of print 1st edition, which was a great resource, and this second edition is even better. There are a few changes--which really shows how our understanding of longsword is evolving. Even if you have the 1st edition, I recommend this purchase.

If you can find a group, terrific! If you can't, the book is clear enough to work with on solo practice. It's pretty detailed, so don't expect to understand it all the first go-through, but it's worth reading a time or two.
Read more
2 people found this helpful
Helpful
Comment Report abuse

J. Benson
5.0 out of 5 stars Fighting with the German Longsword
Reviewed in the United States on March 23, 2010
Verified Purchase
I've been taking a medieval martial arts course at a local fencing school for a little over half a year. The class covers German Longsword, Messer, some hafted weaponry based off Hans Talhoffer's work plus sword and buckler from MS I.33. I picked this book up about a month ago from Amazon and I was very pleased with it. It provides a good reinforcement for the lessons I am learning in class and its very useful to have a practical guide on hand. The descriptions are clear and straightforward and the photos are very useful. Being a software developer by trade I got a kick out of the flowcharts detailing the decision tree for the master cuts at the end of the chapters. All in all I'm glad I picked up this book.
Read more
5 people found this helpful
Helpful
Comment Report abuse

Chris VanSlambrouck
4.0 out of 5 stars Now the Shelf is Getting Respectable
Reviewed in the United States on March 7, 2007
Verified Purchase
This book, or rather this manual makes me smile, and sigh, "at last."

Tobler, has constructed a fine tool to teach his students and a great aid to us.

The book is well laid out, with charts and corresponding photographs, it is however not a stand alone product.

I am quite sure one would think it goes with "Secrets of German Medieval Swordsmanship", and that would be correct. I would suggest however that it is used as a Companion to David Lindholm's "Sigmund Ringeck's Knightly Art of the Longsword", and Tobler's "Secrets" can be used as the source.

With these books most of the practicing WMA community's bookshelves are looking more Respectable, or at least one can tear them both apart and construct one's own drills and focused study.
Read more
2 people found this helpful
Helpful
Comment Report abuse

A.Lee
5.0 out of 5 stars great book but high price nowadays
Reviewed in the United States on February 16, 2012
Verified Purchase
I have been interested in the art of German longsword fighting for a long time. This book has been very helpful for me to understand the detail of this art. However, there is one problem I want to say about the price of this book on Amazon. I think maybe it is because this book becomes rare nowadays that makes it quite expensive. Originally, the price marked on the book itself is just $24.95. However, right now (as in February 16, 2012), you will need to spend more than $100 to get a copy on Amazon. And, it looks like it is difficult to get a brand new copy nowadays. It is true that the information in this book is very valuable and it is very helpful for those who are serious with German Longsword fighting. However, while originally a brand new copy for this book is $24.95, you will need to spend more than $100 to get a used copy nowadays. I don't know what to say about this circumstance.
Read more
Helpful
Comment Report abuse
See all reviews

Peter S
3.0 out of 5 stars Good, but most useful for beginners.
Reviewed in the United Kingdom on March 22, 2011
Verified Purchase
I gave this three stars not because I disagree with some of Mr Tobler's interpretations in this work (and I believe he now does) nor because I think it's not useful. I just find it lacking compared to his previous book on essentially the same topic,  Secrets of German Medieval Swordsmanship: Sigmund Ringeck's Commentaries on Liechtenauer's Verses  (hereafter "Secrets").

What's extra or new in this version: some couching on basics like footwork and posture, but at a relatively basic level, and some guidance on kit and training. There are a rather useful set of flowcharts from different techniques, but I had already made my own while reading Ringeck!
What's not in here: a source.

That makes it hard to read his interpretations with a critical eye. That might just be important - in Secrets, for example, I have noticed places where Mr Tobler substituted left leg for right leg, with his own commentary next to the translation. That makes rather an impact on the technique! While Mr Tobler's interpretations have evolved since Secrets, they have also almost certainly evolved since this book as well. It's worth noting that unlike Secrets, there does not seem to be any errata or revisions available for this book. Mr Tobler is honest enough to admit that he's often wrong (like anyone else doing HEMA for more than a year should, he junks what he thought he knew and replaces it with what he know thinks he knows) but as important as presenting an interpretation is, I feel having a source to work from is essential.

Mr Tobler's translation work elsewhere has been top notch, and I worry I have been harsh in marking this book down for not being such. However, the lack of a primary source is a severe limit on it's use to me.

Those concerned with ethical issues (or even (shudder) "chivalric* ones) should go and search out the recent issues between publisher and author involved, and consider the source of their purchase.
Read more
One person found this helpful
Report abuse

Welther
3.0 out of 5 stars Three Stars
Reviewed in the United Kingdom on May 20, 2015
Verified Purchase
Good item. It's a bit shallow, and you cant really learn anything but the basis
Read more
One person found this helpful
Report abuse

K. Neale
1.0 out of 5 stars Excellent, but unavailable (read on)
Reviewed in the United Kingdom on January 10, 2012
Verified Purchase
This book is pretty much the standard when learning German Longsword; and having seen a copy from a fellow fencer I was keen to get my hands on one.
Why the one star review? - it is unavailable. Multiple sellers (including Amazon) still advertise this book but it is unavailable. From what I can find out from the internet - the author (rightly) fell out with the publisher (toe-rag) and the publisher is no longer printing this book due to ongoing 'discussions' with the author. So, why advertise the book when there are none in stock, and nor are there ever likely to be. Waterstones faced this same problem and they couldn't source it either.
This order was my 4th attempt to get the book!
Read more
3 people found this helpful
Report abuse

Chops
4.0 out of 5 stars Have fun with it
Reviewed in Canada on February 26, 2019
Verified Purchase
Good instructional book get a friend to read it so you can do the partner drills
Read more
Report abuse
See all reviews