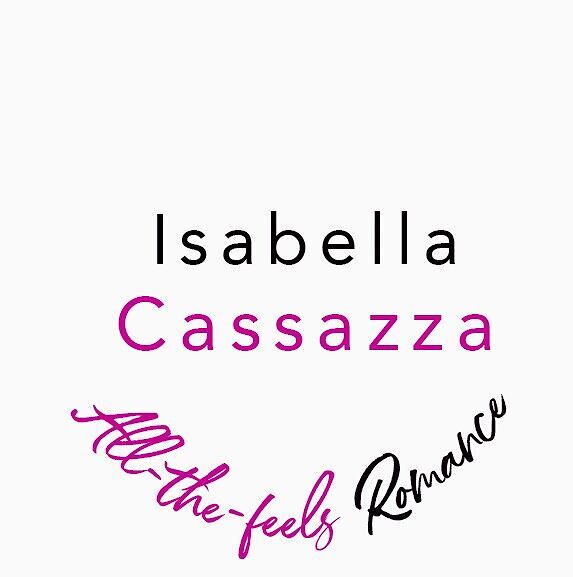 by Isabella Cassazza (Author)
4.5 out of 5 stars 135 ratings
Book 2 of 3: An Ice Tigers Hockey Romance
See all formats and editions
Sorry, there was a problem loading this page. Try again.

He’ll do anything for the glory. She’ll protect her heart at all costs. Will time melt their defensive instincts into love?

Hockey playboy Michael King isn’t shy about his all-star defenseman moves. But after a career-ending injury replaces his stick with a cane, he forever loses his Stanley Cup dream. And when an interior decorator arrives to make over his home, his shattered ambitions trigger a five-minute major that could cost him everything.

After her little boy’s father left the picture, Ellie Sullivan solemnly swore off all men. And she definitely isn’t going to put up with an arrogant ex-athlete’s temper tantrums. So even with her business on the brink of ruin, she walks away from the lucrative contract and the infuriating male.

Desperate to apologize for his awful behavior, Michael cringes when he accidentally causes the headstrong woman to break her leg. But when she reluctantly accepts his offer to care for her and her son, Ellie has nowhere to hide from the strong man’s tenderness amid his lingering wounds.

Fighting against Gravity is the third book in the spirited Ice Tigers Hockey sports romance series. If you like enemies-to-lovers tales, dynamic characters, and triumphs over life challenges, then you’ll adore Isabella Cassazza’s story of unexpected connection.

Buy Fighting against Gravity to dig your blades into ice-cold tension today!

Isabella Cassazza adores books and when she’s not writing, she often has one in her hands. Other than that, she enjoys football, hockey, horses, and chocolate—lots of chocolate.

Kim loves books
3.0 out of 5 stars Okay
Reviewed in the United States 🇺🇸 on February 8, 2021
Verified Purchase
I agree with the other reviewer that gave 3 stars and said they didn't like the hero at all. He was a class A jerk and thought way to much about his looks and body. Yuck. I don't even know any women that are that stuck on themselves. I actually never bought into them as a couple and I also agree that the kid's speech dragged the story down. I gave it three stars because I don't remember any typos and the writing was okay. I doesn't, however, make me want to read any other stories by this author.
Read more
2 people found this helpful
Helpful
Report abuse

Kindle Customer
5.0 out of 5 stars Be prepared with several boxes of tissues
Reviewed in the United States 🇺🇸 on December 31, 2020
Verified Purchase
This is a beautiful and unusual story for the genre, and I'm glad I had a chance to read it
Read more
One person found this helpful
Helpful
Report abuse

charles smith
VINE VOICE
4.0 out of 5 stars Enemies to Lovers Age Gap Romance
Reviewed in the United States 🇺🇸 on August 13, 2020
One doesn't have to particularly love ice hockey to enjoy this steamy little romance. Ellie Sullivan is the 34 year old mother of 3 year old precocious Johnny, who was abandoned for a blonde bimbo by her husband while 7 months pregnant sticking her with a mortgage for a store and an apartment in Boston. One of her interior design clients, Emelia from book 2 and the owner of the Ice Tigers the pro hockey team, recommends her to one of her hockey players who needs his house redone. Michael King was a star defenseman until he smashed his shin and knee on the ice in a game leading up to the Stanley Cup and now his dreams at 25 were ended. His career is over. Depressed, he is moping alone in his big mansion although just a few weeks earlier we had seen how he was the life of the party screwing women left and right who threw themselves at him. Yes, he still had millions to be paid on his contract but he was lonely and aimless. When Ellie showed up at his mansion he was extremely rude and gruff. With a little boy to take care of before busing to this important for her appointment she had not eaten breakfast and suddenly nauseated by Michael's lack of 2 week hygiene vomited up all over him. Nice start but it does get better, a few weeks later when he asks her to come back. This is a bit drawn out but after we get through the Michael depression pit to having Ellie and Johnny stay at his big mansion wowing them then gradually Michael and Ellie having sex it all improves. Gradually Michael comes to appreciate Ellie's direction to him to slow down in having sex and guiding him with the sexual actions rather than what had been his basic cave man approach. The sensuality and feelings grew between them and Michael even became fatherly to Johnny. Of course, he messed it up and there was a prolonged break until he had to grovel after he finally realised that Ellie and Johnny were his future. The age gap didn't mean anything. Love is all. Received this ARC and have voluntarily reviewed.
Read more
Helpful
Report abuse

P Gerard
4.0 out of 5 stars A good read...
Reviewed in the United States 🇺🇸 on August 8, 2020
I voluntary reviewed this book after recieving a free copy but my opinion is my own. This is the first book I have read by Isabella Cassazza but I was not disappointed. Fighting Against Gravity is the 3rd book in the series and I hadn't read the first two but I was able to follow.

Michael is a professional hockey player that suffers a career ending injury. After his injury his world turns really dark; he doesn't know how to fight it.

Ellie is a single mother that has her own interior design shop. She is struggle to raise her almost 3 year old son Johnny after his father left her for someone else. While she tries to appear strong, she is filled with insecurities.

Michael and Ellie meet when Michael's boss with the Ice Tigers recommends her to him. Let's just say, it wasn't a good first impression. She leaves without talking about the job even though she needs it desperately.

After several weeks, Michael tries to apologize to her by visiting her at her shop but a tragic accident has her in the hospital. He feels guilty so he offers to take care of Ellie and Johnny.

Michael begins to have feelings for Ellie and Johnny and he doesn't know what to do with it. While watching the boy while Ellie is at the doctor's with her leg, Johnny throws a tantrum and causing an accident at the house. Michael is concerned for the safety of the boy so he does the only thing he knows, he pushes Ellie away.

Will the two broken souls find their way to each other? Or are they destined to give up and be alone? If you like romance, drama, and agnst - you will like this one.

Robin McKenzie
4.0 out of 5 stars Great Story
Reviewed in the United States 🇺🇸 on August 9, 2020
This was a good story line and the characters grow on you as you also get to know them. It’s easy to see how losing your dreams and becoming dependent on others can shake a person up. But with both Ellie and Michael facing their problems together, they might have a chance to begin the healing process and allow the pull that draws them together.

Hockey playboy Michael King was a star – obnoxious, entitled, caught up in his own greatness. But when a career-ending injury has him walking with a cane, completely shattering his Stanley Cup dream, he responds like a child having a temper tantrum when his frustration becomes more than he can handle. An interior decorator arrives to make over his home, and he blasts her with all of his pain and anger. Despite needing the money, Ellie Sullivan won’t tolerate being treated like that by any man – and she walks out on him.

This book was a little slow in the beginning and I haven’t read many sports romance stories but it was a great book. I really liked the story about Michael, Ellie and her son Johnny. It was an enemies to lovers story and really liked how it all worked out. At the beginning Michael really got on my nerves and I didn’t like the person he was. I am glad he changed not only for Ellie but for Johnny as well. He did not like kids at all and it was so sweet how close him and Johnny got. He figured out he couldn’t live without Ellie and it was just super sweet how the story went. A great book that I would definitely recommend!