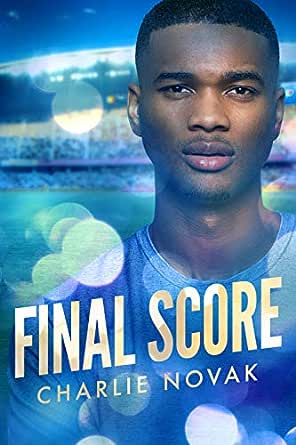 You've subscribed to Off the Pitch! We will preorder your items within 24 hours of when they become available. When new books are released, we'll charge your default payment method for the lowest price available during the pre-order period.
Update your device or payment method, cancel individual pre-orders or your subscription at
Your Memberships & Subscriptions
There was an error. We were unable to process your subscription due to an error. Please refresh and try again. 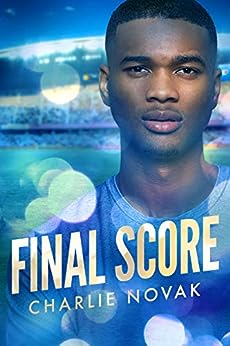 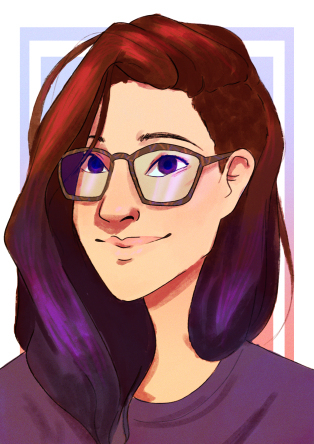 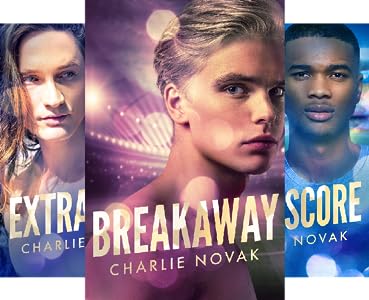 Leci F
5.0 out of 5 stars Sorry to see it end!
Reviewed in the United States on April 11, 2020
Verified Purchase
This series was so good and this was my favorite of all the books in the series. Félix was sophisticated but sweet and perfect for Jordan! I loved their chemistry and the lack of angst. Just a really sweet sports themed romance!
Read more
Helpful
Comment Report abuse

The Book Wench
3.0 out of 5 stars Meh
Reviewed in the United States on June 13, 2020
Jordan Green is a footballer (soccer player to Americans) for the Greenwich team, and he's one of their best. His coach, Lucas Trossero, is a fair but firm leader whom Jordan respects, even when he's complaining about his lectures. When he hooks up with a handsome older man at his best friend Liam's wedding reception, he has no way of knowing who he is, other than that his name is Félix. By the time he discovers his hookup's identity, they're both hooked on each other and decide it's probably best to keep their friends-with-benefits arrangement quiet. The rest of the story is about Jordan's relationship with his bestie, his family, and his coach, as well as his thwarted World Cup tour and his coming out as bisexual.

I asked for an ARC of this book because it's an age-gap story and I love those. This one, however, is a disappointment, mostly because Félix doesn't seem like a man who is a couple of years away from his fortieth birthday. His thinking and behavior often make him appear to be much closer in age to Jordan, who is twenty-three. That doesn't endear him to me at all, especially since most times I have no patience for new adult stories. There was a lot of waffling on and on by the two about what is happening between them...it got to be quite a drag after a while. 2.5 stars, really.
Read more
Helpful
Comment Report abuse

When a chance encounter turns into heavy denial in the form of [acquaintances] with benefits and finally into a real relationship. These characters were fun to journey with. From the hottest first meeting ever to their ridiculous denial of their own feelings, to straight-up "ignore it and it's not real" attitudes.

This book has all the sports love, out-for-you themes, sexual tensions, plenty of steam and a big HEA.

I have loved everything Charlie Novak has written and Final Score is no exception. Even with the drama and angst, I still found myself swooning over some of the ways Felix loves Jordan.

And as always from my reviews, my top quotes of the book:

"My resolve cracked a little further, like a frozen lake being tested, and the desire to get to know him a little more bubbled up between the fissures."

"I was breaking all my own rules. Rules I'd specifically put in place to protect myself, and here I was, ignoring all of them for some guy with a cute smile and a fantastic butt."

"There was vodka on his lips and heat in every kiss. He was mine and I was his, and together we were each other's one and only."
Read more
Helpful
Comment Report abuse

Susie Umphers
5.0 out of 5 stars Lovely end to a great series
Reviewed in the United States on April 10, 2020
I really enjoyed the second book in this series because of the two main characters. They were well written, well rounded, nice men (I consider that a compliment) and dealt with real life problems. Those same things were true about the characters in this book although there is a bit more action around the football arena in this story than in that one due to the nature of the plot. I am not a sports fan, but if you are not, don't let that stop you from taking up this series. You will have everything you need to know explained and the focus isn't on the sport but on the people. I love the trope of the memorable, one night stand who coincidentally turns back up in your life later and can't stay in that "just sex" pigeonhole. That is this book to a T, combined with an age difference, and the playboy who meets his forever person. This one checked so many boxes for me. Jordan and Felix were wonderful characters, decent men and the angst level was just high enough to make for dramatic situations and some complications without destroying your heart. In this incredibly stressful time if you want a great read about some wonderful people finding true love, this is one you should not miss!
Read more
Helpful
Comment Report abuse

Khali
5.0 out of 5 stars Excellent
Reviewed in the United States on April 7, 2020
What a gem of a book. This was by far the best ensemble group of characters I’ve read this year. Each character had a distinct voice and and a particular way they related. Nan was sassy and a little salty, Lara was the perfect mix of love and snark for her uncle, and that was just a couple of players in the cast.

Félix and Jordan were hot together; the age gap, mild kink, growing from casual to serious relationship was perfection. The gradual growth of their relationship was very well paced. It felt like this book was looking into a snippet of someone’s life. There were ups, downs, wins, losses, heartbreaks, along with personal growth. It felt real but maintained that veil between realism and reality that as a reader you want. I loved everything about this story.

E.Muddle
4.0 out of 5 stars One of the best out-for-you moments ever!
Reviewed in the United States on April 7, 2020
I have absolutely adored this series, and this instalment was no exception! Jordan finally gets his HEA, and what a wonderful ride it was. Not looking for anything serious, Jordan sees the perfect opportunity to have an incredibly steamy hook up with the gorgeous guy he meets - the older, and successful entrepreneur, Felix. Meeting again by chance throws them both for a loop because it's clear they can't ignore the magnetism between them. From there, it's just a lovely journey with all the inevitable feels and sweetness, some hurt/comfort, a touch of angst and drama, and finally, a perfectly heartfelt out-for-you public declaration. Oh, and don't even get me started on getting to see more of Christian and David because I am still not over this couple and they continue to make me cry all the happy tears!
Read more
Helpful
Comment Report abuse
See all reviews from the United States

Jaz9898
5.0 out of 5 stars A page turner that make your heart go 'oof' and 'phwaaa!'
Reviewed in the United Kingdom on April 11, 2020
Verified Purchase
I love this. I love the complexities of the characters and relationships, the unexpectedness and raw vulnerability. It's a good change to read a book full of characters you'd love to meet in person (of course if they existed in real life), and for the amount of saucy steaminess. I thoroughly recommend this book, and the two before it. I find it hard to find books that I adore, but I adore all three books written by Charlie Novak, especially as they are not typical same old plot lines and characters. They're something different, but much appreciated.
Read more
Helpful
Sending feedback...
Thank you for your feedback.
Sorry, we failed to record your vote. Please try again
Report abuse